While we are still waiting for the facelifted 2021 BMW M5 to launch as the flagship of the new model range, there is another M-branded 5-Series model that we can drool over in the meantime; the 2021 BMW M550i xDrive Sedan.

This thing may be a step below the M5, but a handful of photos from BMW show that it can be ordered to be just as eye-catching as the M5 thanks to a special paint color dubbed Verde Ermes.

BMW Blog first stumbled across these images of an M550i finished in Verde Ermes buried within the press materials for the facelifted 5-Series. While it is unclear if this color will be exclusive to the M550i or also available on lesser 5-Series models, as well as the forthcoming M5, we do know that it will obviously be available to order through BMW Individual. 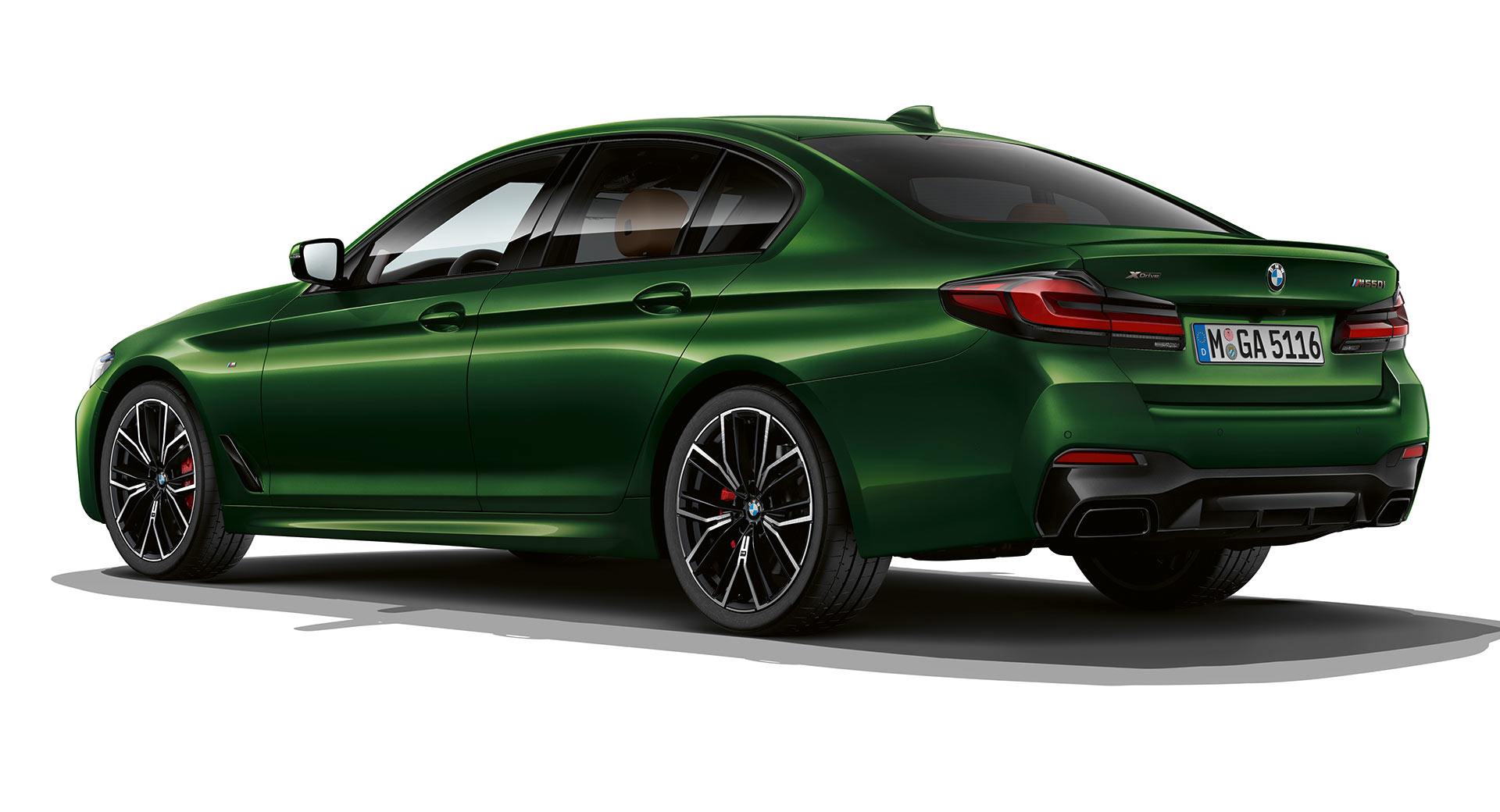 Now, while these photos are just detailed renderings, they do give us a semi-realistic look at what Verde Ermes looks like in the flesh, although we’ve added a video of an M340i Touring painted in the same color to give you a better idea of what to expect.

We happen to think the color suits the styling of the M550i quite nicely, accentuating some of the character lines, particularly those that run along the sides of the car.