The all-new 2021 Ford Bronco was supposed to debut on March 17 but then the coronavirus storm came, forcing the Blue Oval to postpone the off-roader’s launch.

Ford insists it will lift the veils of the new Bronco sometime this year and we can only keep our fingers crossed for that. Until that happens, let’s take a look at the latest batch of spy shots which show a two-door, short-wheelbase 2021 Bronco prototype undergoing testing.

Compared to the previous sightings, the off-roader has ditched its heavy roof camouflage, allowing us to get a clearer image of its design and proportions – not that the leaked photos and renderings haven’t done that already.

See Also: 2021 Ford Bronco – Design, Power And Everything Else We Know About The Wrangler-Fighter 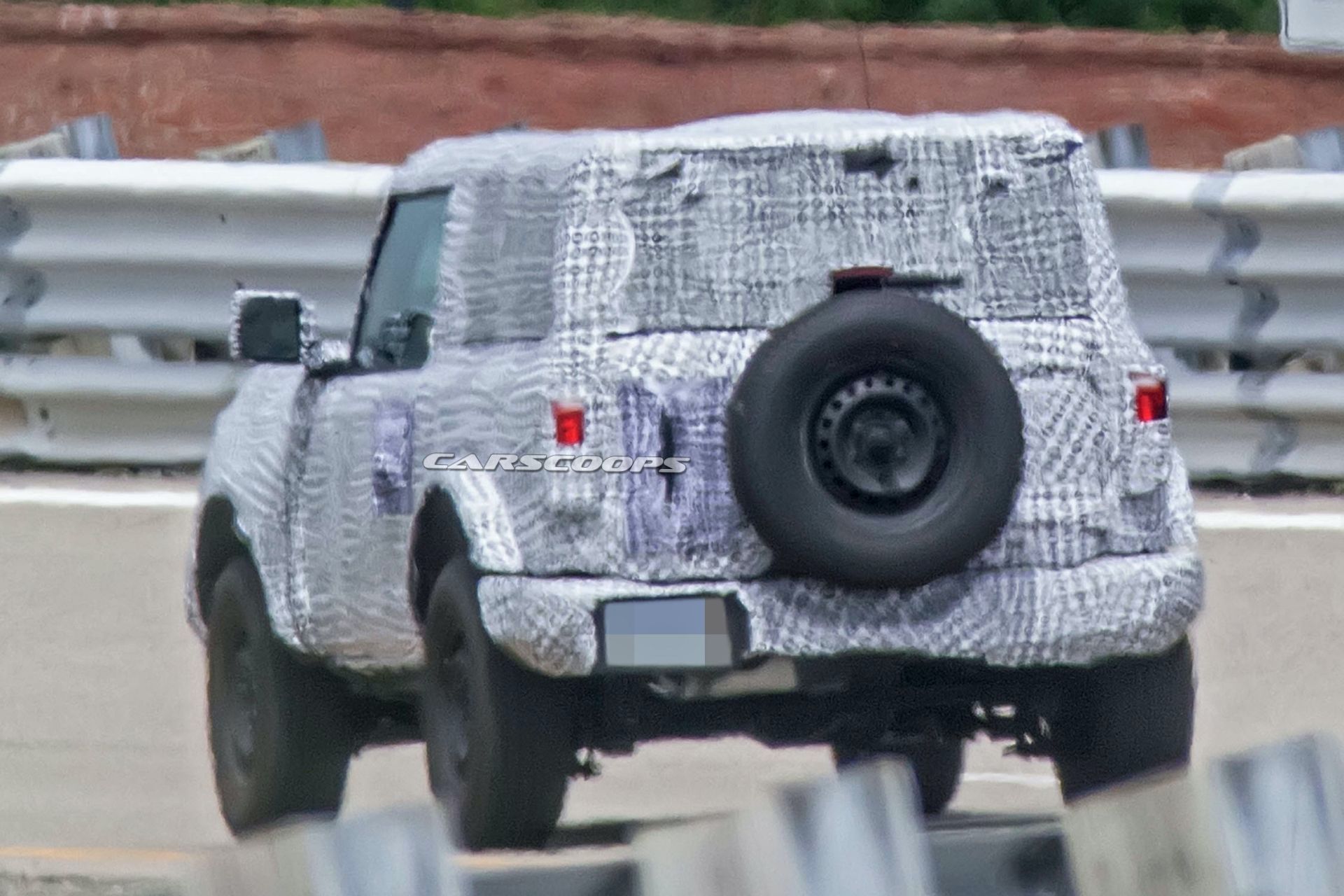 Anyway, the prototype you see in these photos appears to be outfitted with the rigid roof system, offering a good look at the rear window and the hinges mounted at the top. Mind you, there’s not much else to make of the design as the full body wrap keeps everything from sight. Still, the leaked images from the Ford factory have already provided us with a very good look at the Bronco’s exterior styling.

Under the boxy body, the 2021 Bronco is expected to offer two different engines. The entry-level model could feature a 2.3-liter EcoBoost four-cylinder that produces around 270 HP (274 PS) and 310 lb-ft (420 Nm) of torque. Ford is said to also offer an optional 2.7-liter EcoBoost V6 with approximately 325 HP (330 PS) and 400 lb-ft (542 Nm) of torque. A 10-speed automatic transmission will be standard while a Getrag 7-speed manual is said to be available.

As with the Jeep Wrangler which will be its main rival, the Ford Bronco features a body-on-frame design courtesy of an updated platform borrowed from the T6 Ranger. Expect serious off-road capability thanks to a 4WD system with low and high gearing, independent front suspension, solid rear axle with coil springs and struts, electronic terrain management, and more.