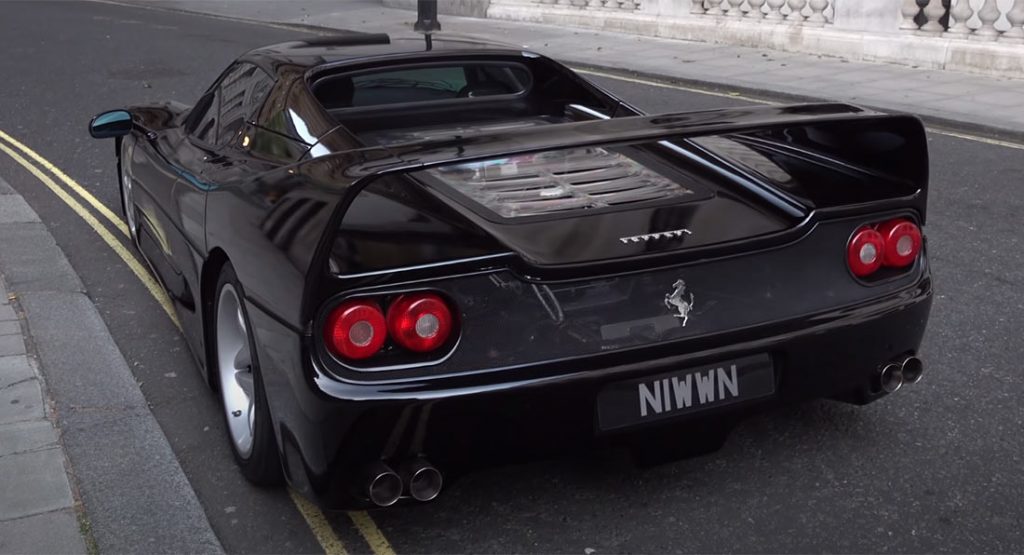 If you owned a Ferrari F50 and had just a single upgrade that you could make to it, what would you do? After watching this video, we think we would straight pipe it.

This gorgeous gloss black F50 resides in London and is one of the most badass examples anywhere in the world thanks to its custom exhaust system. It was recently filmed cruising through the city’s streets for a photoshoot and the exhaust was reportedly in its ‘quiet’ mode. Despite that, it is still very loud and very aggressive.

Read Also: Ferrari F50 Berlinetta Prototipo Is The Most Significant F50 Of Them All

Of the 349 Ferrari F50s that were built, it is understood that only four are painted black, making it the second rarest color alongside Argento Nurburgring (silver) that was also applied just to four examples. Other race colors include Rosso Barchetta (dark red) and Giallo Modena (yellow) with the remaining 302 F50s painted Rosso Corsa.

Back in April, a 1995 Ferrari F50 painted Rosso Corsa was listed up for sale on RM Sotheby’s and is still available with an asking price of $2.5 million. Depending on the mileage of this straight-piped F50 and considering the rarity of its black paint, it’s entirely possible it is worth even more than that.