The current Kia Sportage may be one of the more odd-looking vehicles in the South Korean automaker’s current range, but thanks to its ‘tiger nose’ front grille, it does attract attention and has an undeniable presence on the road.

Evidently, the owner of the following Sportage thought they could be a better job at designing a grille than Kia itself and have messed with the fascia of the SUV, ruining its looks.

This image was recently shared on Reddit and appears to have been snapped somewhere in Europe. While the grille has the same overall shape as the ‘tiger nose’ design that Kia applies across its range, it has been divided into two sections that feature vertical slats and mimic the shape of BMW’s kidney grilles, albeit with an x-shape in the middle.

Read Also: Driven – 2019 Kia Sportage Proves The Koreans Are Clearly On A Roll

As if things couldn’t get any weirder, the right grille features three colored slates finished in light blue, royal blue, and red, mimicking the colors used by BMW’s M division. Applying grilles like these to any BMW is questionable to say the least, and are even worse on a vehicle like a Kia Sportage that has absolutely no affiliation with BMW, let alone its M Division. 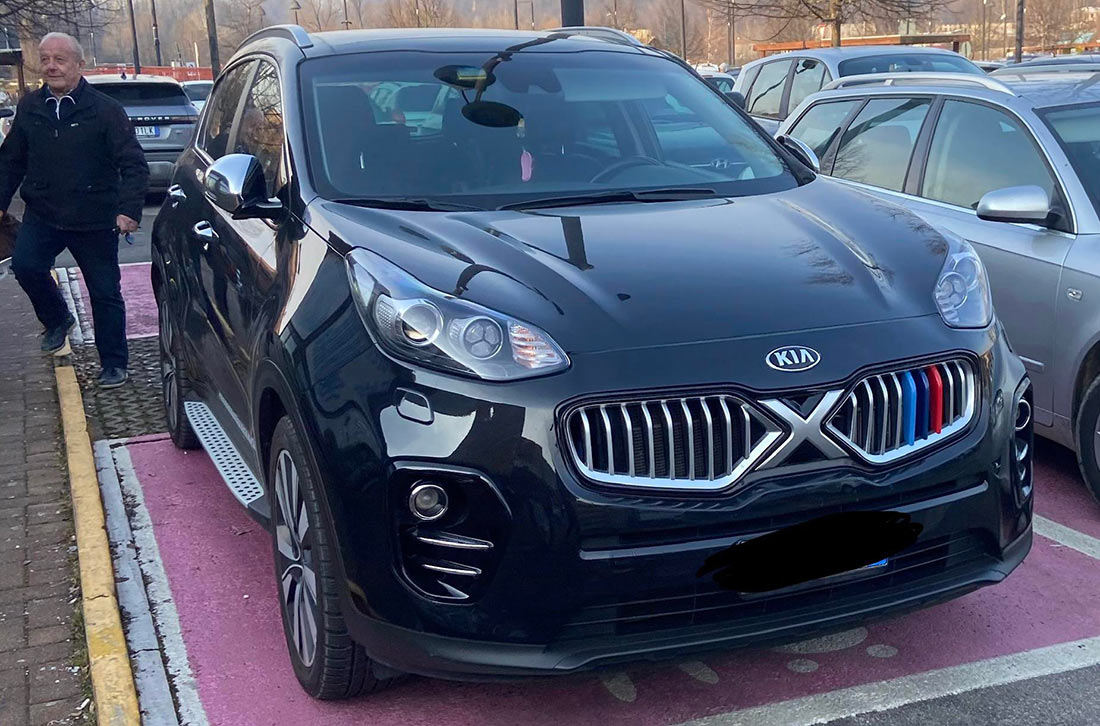