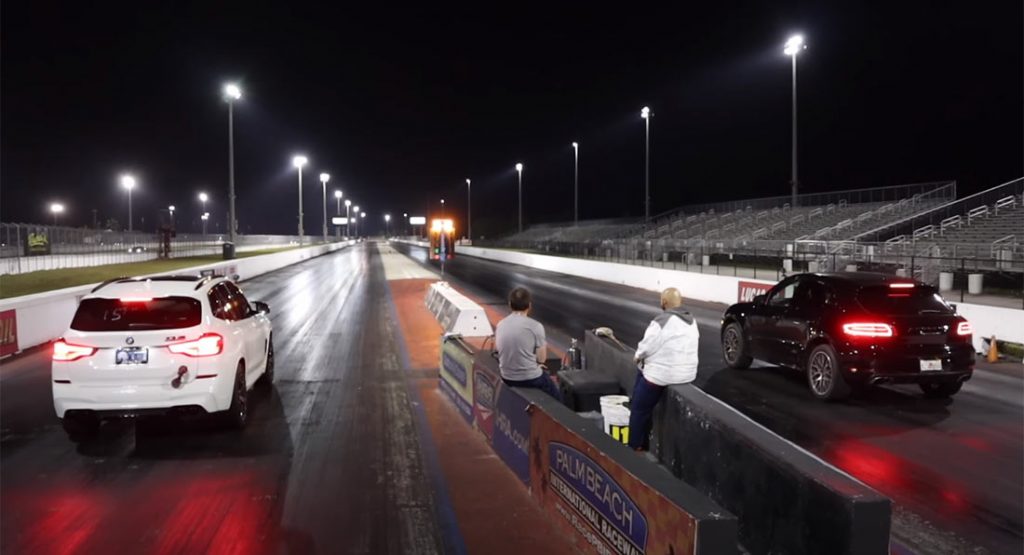 The BMW X3 M and Porsche Macan Turbo are both very quick but as this video reveals, one has a significant performance advantage over the other.

While the X3 variant tested is not the flagship X3 M Competition, it is no slouch. In fact, it is powered by a 3.0-liter twin-turbocharged six-cylinder engine rated at 472 hp and 441 lb-ft (598 Nm) of torque. That is down on the 503 hp of the X3 M Competition but we’re told this example has a tune that likely gives it just as much grunt as the Competition.

Watch Also: The BMW X3 M Competition Is An SUV You Shouldn’t Underestimate

By comparison, the Porsche Macan Turbo is driven by a 2.9-liter twin-turbo V6 with 434 hp and 406 lb-ft (550 Nm). While those figures are impressive, they are well down on the X3 M and have a big impact on how the Porsche performs against the BMW.

In all three of the drag races held between the duo, it was the BMW X3 M that came out on top. Not only that but it easily defeated the Porsche, sprinting off into the distance as if it is a supercar while the Porsche is just a regular old sports car. The performance difference is quite spectacular when you consider that the power and torque discrepancy isn’t monumental.

Of course, it isn’t much of a surprise that the X3 M is quicker as recent tests have shown its X4 M sibling can pretty much keep pace with a Jeep Grand Cherokee Trackhawk and actually isn’t that far off from matching the larger and more powerful X5 M and X6 M.