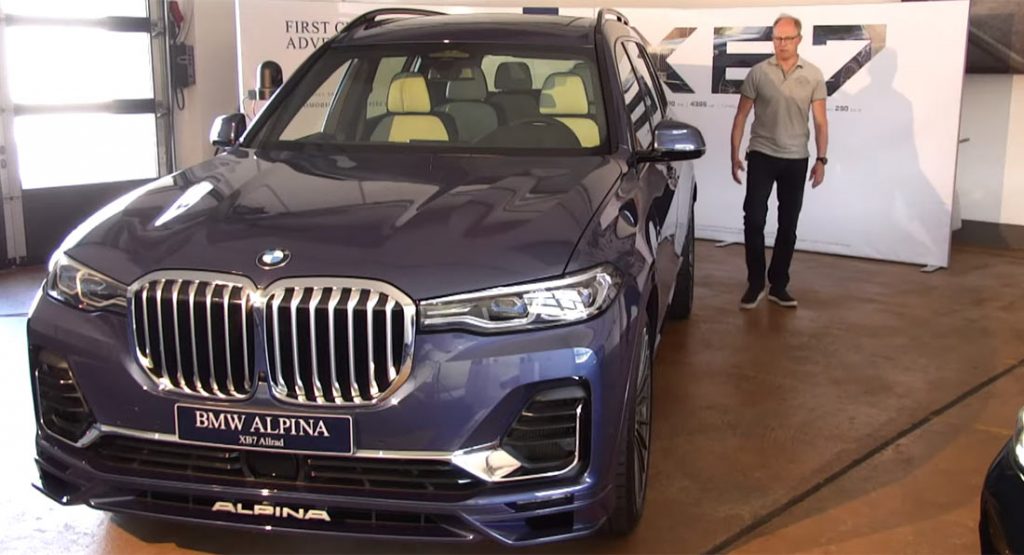 For decades, Alpina has been taking BMW models and outfitting them with a plethora of upgrades to lift them to new heights. The BMW X7-based Alpina XB7 and the BMW 3-Series-based Alpina B3 are two of its most recent models. In this video, Alpina chief executive Andreas Bovensiepen gives us a tour of both.

The most recent of the two is the Alpina XB7 and, unless BMW decides to produce an M version of the X7, it is the XB7 that will remain the most powerful, luxurious, and exclusive version of the flagship SUV on sale.

Further adding to the SUV’s dynamics is an electronically-variable active limited-slip differential at the rear axle that is said to improve traction during dynamic driving by minimizing slip-induced losses and distributing torque effectively to the wheel with the most available grip at any given time.

As for the Alpina B3, it uses a modified 3.0-liter twin-turbo straight-six petrol engine with 455 hp and 516 lb-ft (700 Nm) of torque available from just 2,500 rpm. Coupled to this engine is a ZF eight-speed automatic transmission with Alpina-specific software and revised transmission mechatronics that promises to deliver more responsive and quicker shift times.