Despite global demand in new vehicles dropping significantly in the wake of the coronavirus pandemic and the restrictions imposed worldwide, the BMW Group posted increased sales of its electrified cars.

According to numbers released by the company, a total of 61,652 electrified vehicles, made by BMW and MINI, were shipped to their owners in the first six months of 2020, which represented a 3.4 percent increase compared to the same time period of last year.

“Demand for our electrified vehicles outperformed the market trend in the first half of the year”, said the member of the Board of Management responsible for Customer, Brands and Sales, Pieter Nota. “Our wide range of plug-in hybrid models and the new fully-electric MINI are in high demand among our customers.”

“We are following the development of global demand very closely and continue to plan for various scenarios so we can respond quickly as regions around the globe recover from the coronavirus pandemic at different speeds”, added Nota. “We are seeing a positive development in China, where our second-quarter sales were once again higher than in the previous year.” 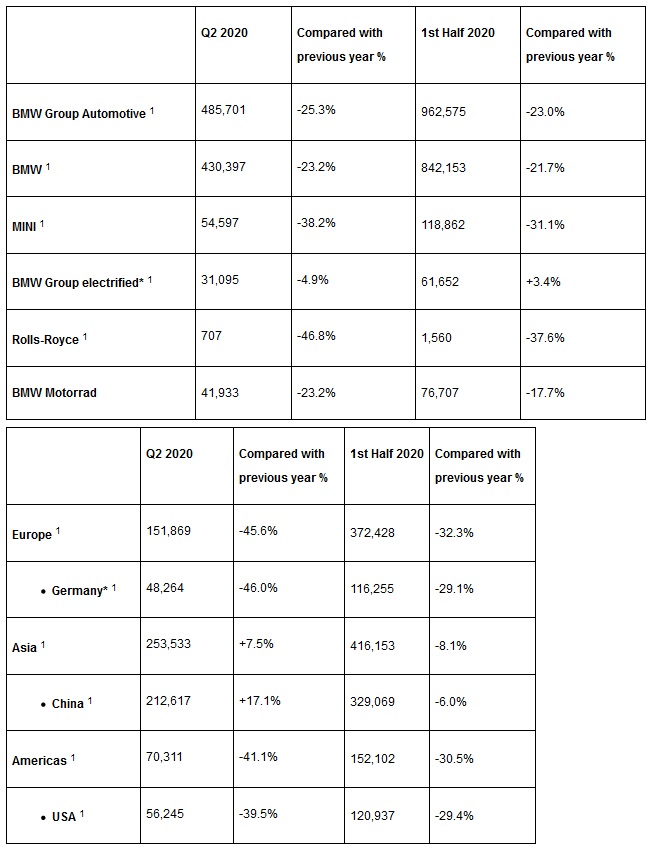