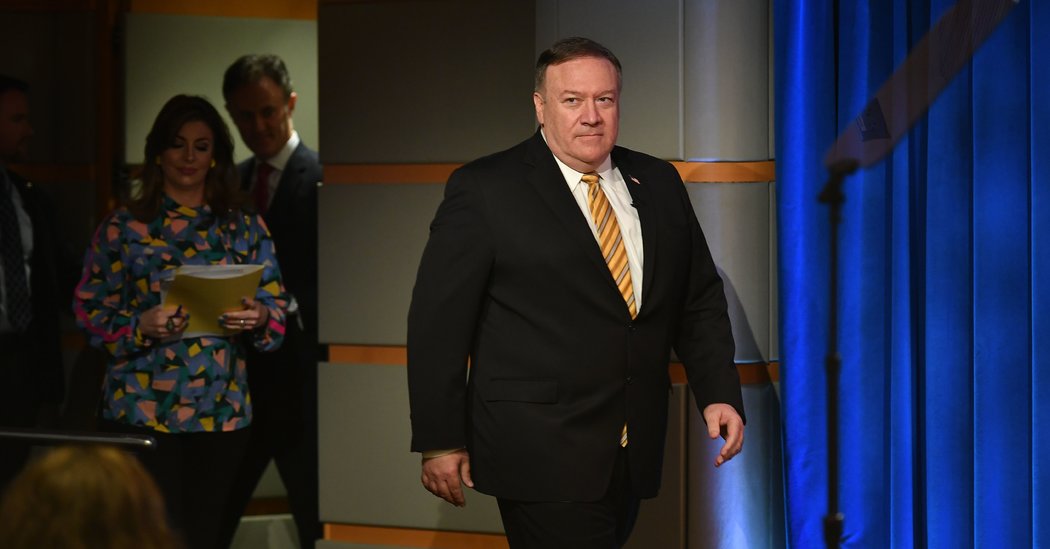 WASHINGTON — The State Department said on Tuesday that it was barring Chinese authorities from the United States who were found to have restricted journalists, tourists, diplomats or other American officials from entering autonomous regions in Tibet.

The new visa restrictions are the latest set of sanctions that the Trump administration has imposed against China’s government and political leaders over the last several years, most recently to punish Beijing’s crackdown against protesters in Hong Kong.

In a statement, Secretary of State Mike Pompeo said international access to Tibet was a matter of regional and environmental security. He did not say who or how many Chinese officials were now being blocked from the United States in retaliation.

He said the United States remained “committed to supporting meaningful autonomy for Tibetans, respect for their fundamental and unalienable human rights, and the preservation of their unique religious, cultural and linguistic identity.”

The frontier region in southwest China has been a flash point for generations.

Beijing considers Tibet as part of its historical empire, but many Tibetans and others believe the region was illegally incorporated in 1951. As some Tibetans press for independence, China’s Communist Party has responded over the years with heavy-handed tactics against protesters, prompting the Dalai Lama in 2008 to accuse Beijing of waging “cultural genocide” against his followers.

The visa restrictions are required under a U.S. law, approved in 2018, to respond to limits on Americans from entering Tibet.

In a June 10 report, the State Department described access to the Tibet Autonomous Region as “tightly controlled,” although it noted that officials from the American Embassy in Beijing — including the ambassador — and from the consulate in Chengdu visited five times in 2019.

Requests by the American diplomats to visit two Buddhist institutes in the region were denied, however, and journalists’ applications were also regularly turned down, according to a State Department human rights report in March.

Separately, the Free Tibet activist group reported that only nine diplomatic missions and seven journalists asked China for permission to enter the autonomous region in 2018, reflecting what it described as “the futility of applying.” Of those, four diplomatic delegations and one trip by journalists were allowed in, the group concluded.

That did not include a February 2018 reporting mission by Steven Lee Myers of The New York Times, who was taken into custody for nearly 17 hours and questioned by security officers after entering an ethnically Tibetan region in neighboring Sichuan Province. Mr. Myers, who did not go into the autonomous region, was released unharmed.