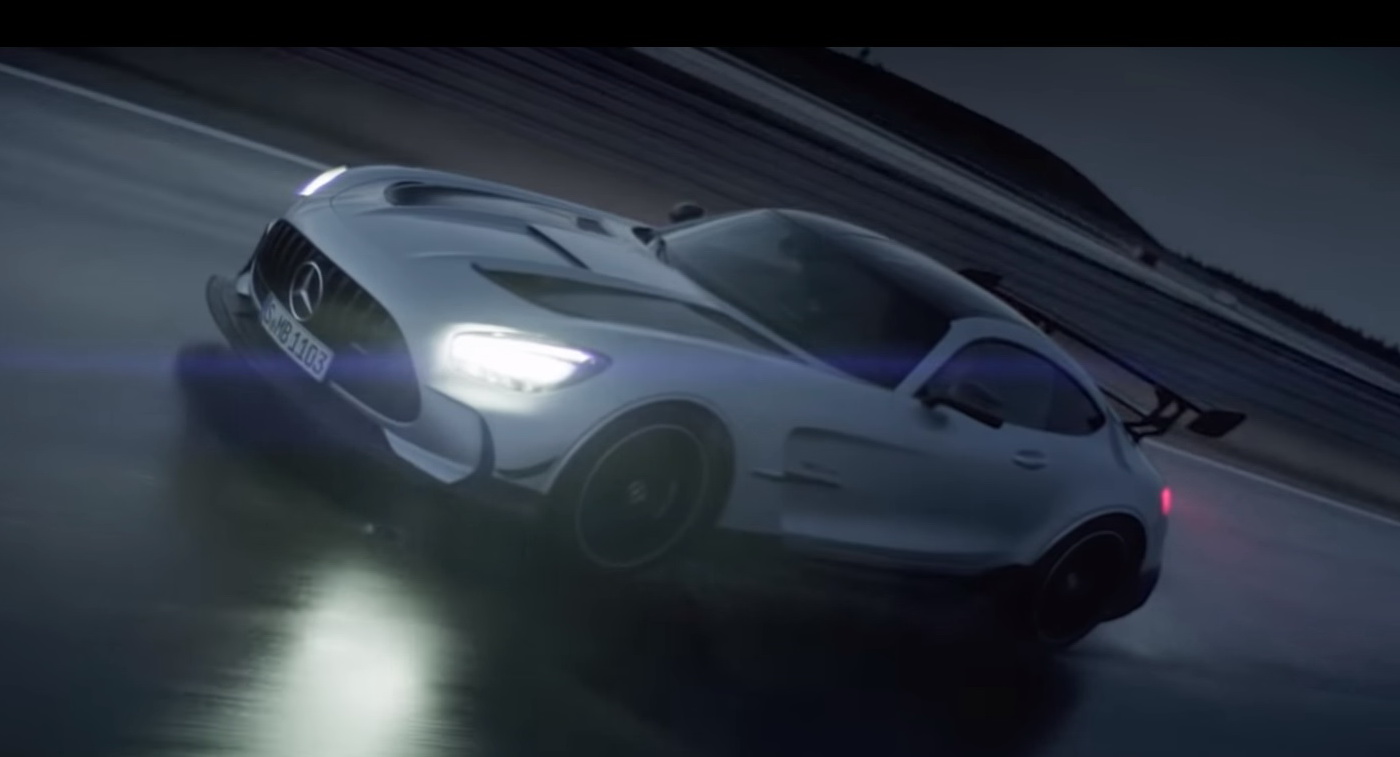 Mercedes has dropped the first announcement video showing the upcoming AMG GT Black Series in all its glory getting stolen by none other than YouTuber Shmee150.

The video shows the lad sneaking inside a garage, snapping a few photos of the new Black Series, and taking it for a joy ride. Oddly (but probably thankfully for  anyone old enough to ride a bicycle), we don’t get to hear the YouTuber’s screechy catchphrase, “Hi guys, it’s Shmee(eeee)”.

Does all this mean that yesterday’s leak was staged by Mercedes? We may never find out, but we have our suspicions…

The latest variant of the Mercedes AMG GT will be a true halo car for AMG, featuring a significantly revised bodywork, extreme aero, and a more powerful V8 engine.

Read More: This Is The 2021 Mercedes-AMG GT R Black Series And It Looks Pretty Badass

As we’ve seen in the leaked images last night, the front end of the new Black Series is dominated by a wider grille that looks identical to that of the GT3 race car. The bumper also features a deeper spoiler and one small winglet per corner, while the bonnet is also new.

In true Black Series fashion, the front fenders appear to be significantly wider, creating a new path for the air to travel down the sides of the most aggressive AMG GT ever. The rear end also appears to be wider, with the bumper featuring a massive rear diffuser. The real star of the show however is that gigantic two-level rear wing, making the new AMG GT Black Series look indistinguishable from a GT3 racer.

We still don’t have any solid information about the engine, with some reports suggesting that the 4.0-liter V8 has been further developed to produce a massive 710 HP and 627 lb-ft (850 Nm) of torque. The same reports also say that AMG’s latest track weapon managed to lap the Nurburgring in 6 minutes 58 seconds.