Remember the futuristic Imagine by Kia Concept unveiled at the 2019 Geneva Motor Show?

Well, it looks like the Korean company is bringing it to production, at least parts of it. This is probably the most valid explanation for this intriguing prototype Kia has been spotted testing in Germany. While any shape could hide underneath the heavy camouflage and padding, the vehicle appears to combine elements of the Imagine by Kia and Futuron concept cars.

It features a crossover-coupe shape, though what’s behind the C-pillars is anyone’s guess for now. So how do we know it’s an electric vehicle? Well, it did not emit any internal combustion engine noises and had no exhaust pipes. The aero-styled wheels are another pretty strong clue. 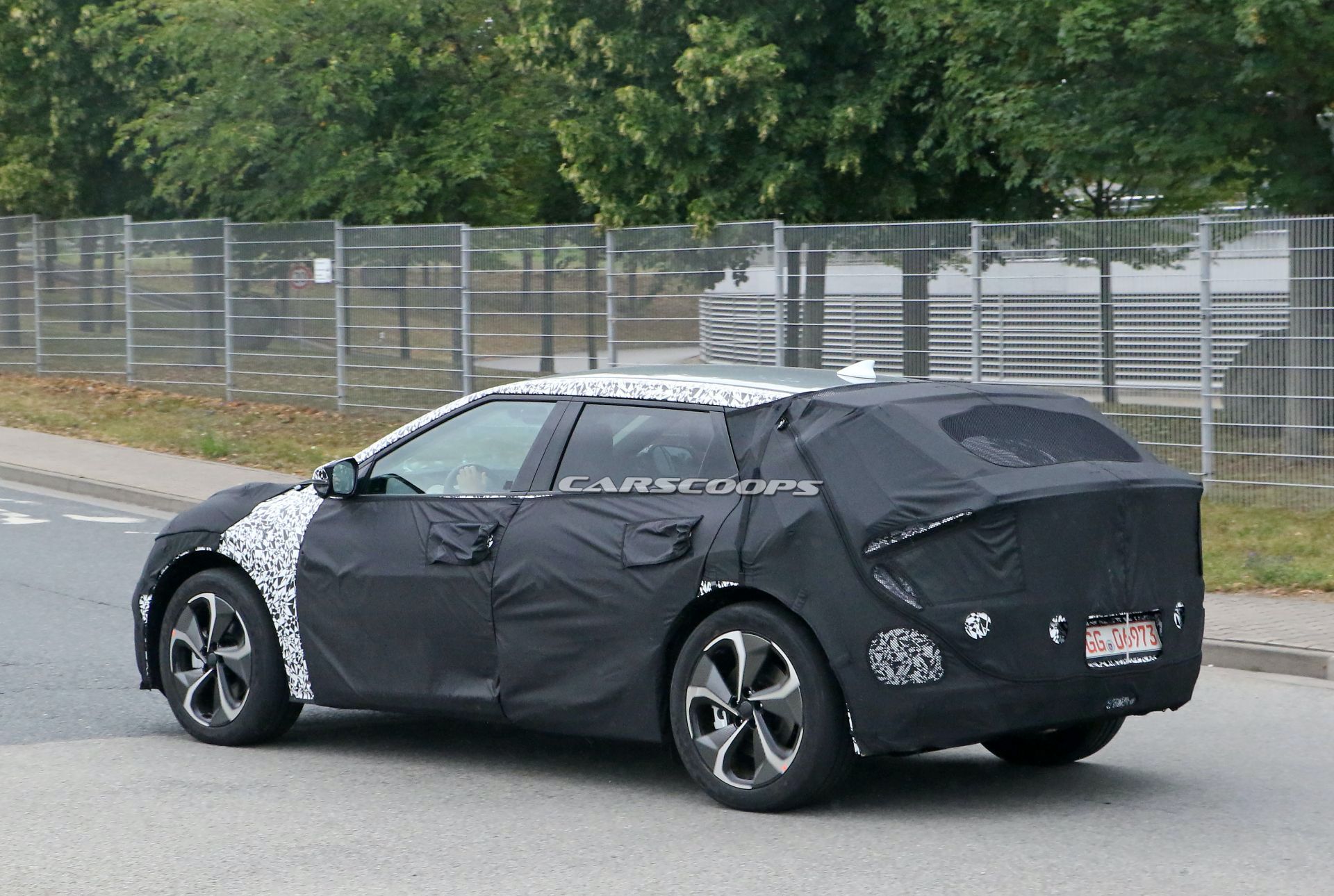 Kia already has two electric vehicles on the market, the Niro EV and Soul EV. However, both are electrified versions of existing ICE-powered models. The next step is to offer a model developed from scratch as an electric vehicle and that’s where this crossover-coupe will come in.

Codenamed CV, the new Kia electric crossover will be based on the Electric-Global Modular Platform (E-GMP) that will also underpin the upcoming Hyundai 45 and Prophecy electric vehicles. No specific details are available about the battery and electric motor(s), but the vehicle is said to offer a driving range of 500 km (310 miles), as well as high-speed charging time of under 20 minutes.

The EV crossover will be the first of several zero-emission vehicles Kia will launch from 2022 onwards.