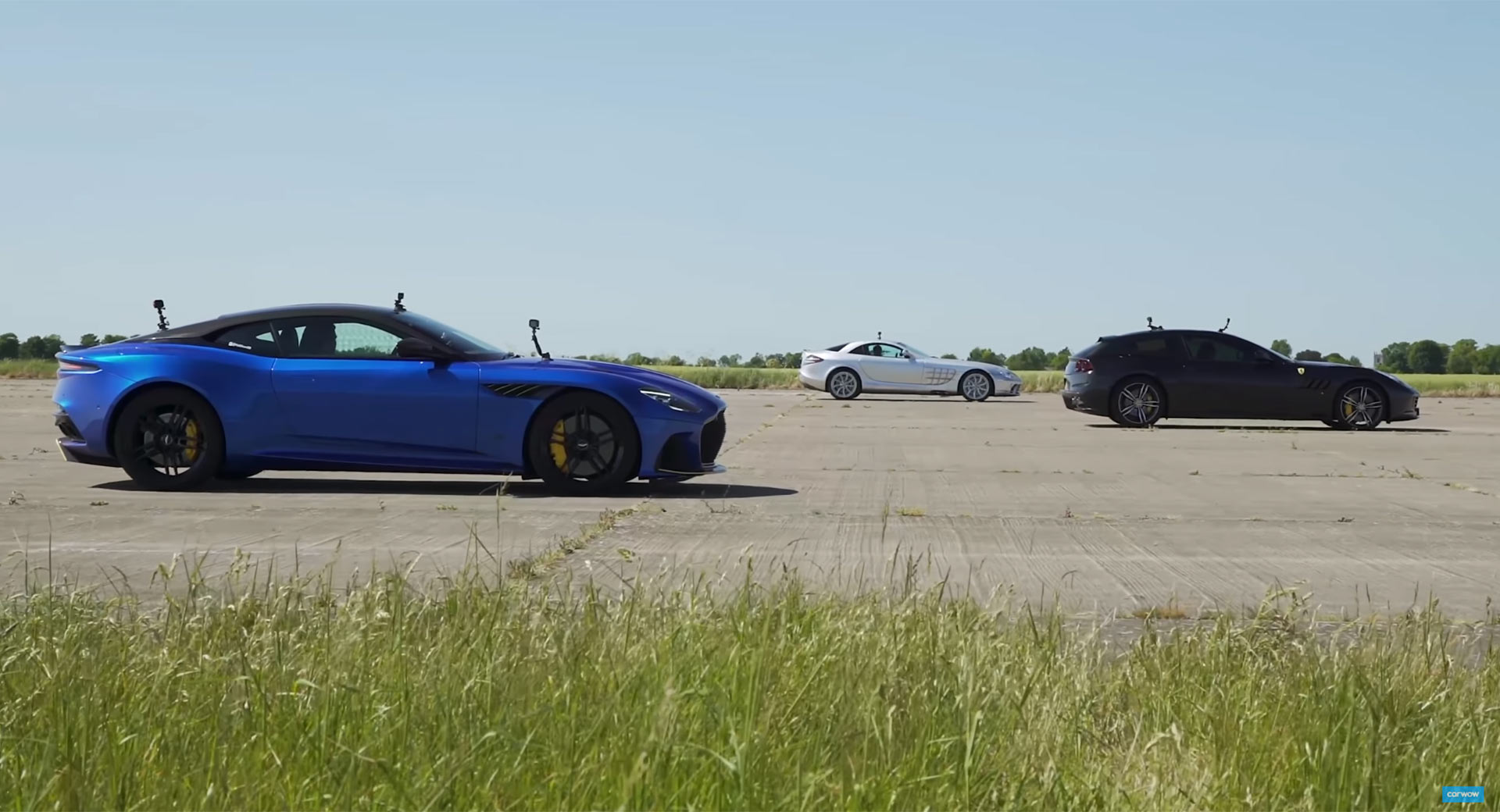 The market for luxurious, high-performance Grand Tourers has never been more hotly contested and CarWow recently brought together three particularly fine GT’s for a series of performance tests.

The real star of this comparison test is the Mercedes-Benz SLR McLaren. Sure, it is almost 20 years since production of the German icon commenced but when it hit the market, it offered up similar performance to the Porsche Carrera GT but in a much more approachable, comfortable, and refined package. There wasn’t anything quite like it in the early 2000s.

Fast forward to today and there are heaps of exotic Grand Tourers to choose from and in this test, we are presented with an Aston Martin DBS Superleggera and a Ferrari GTC4Lusso.

Watch Also: Is The Aston Martin DBS Superleggera Volante As Awesome As It Looks?

Despite its power deficit, the SLR McLaren performs surprisingly well. A handful of drag races were staged and in the first, the Ferrari took the win over the Aston Martin with the Mercedes finishing last. In the third drag race, however, the SLR actually got off the line much quicker than the Aston and only trailed behind the Ferrari.