Jaguar Land Rover is trialing an innovative contactless touchscreen technology developed with the help of the University of Cambridge to keep drivers’ eyes on the road while also reducing the spread of bacteria and viruses.

The system known as ‘predictive touch’ uses artificial intelligence and sensors in order to predict a user’s intended target on the touchscreen without them never actually needing to press it.

Jaguar Land Rover says that lab-tests and on-road trials have shown the predictive touch technology could reduce a driver’s touchscreen interaction effort and time by up to 50 per cent while also limiting the spread of bacteria and viruses, something it says consumers will prioritize in a post-COVID 19 world. 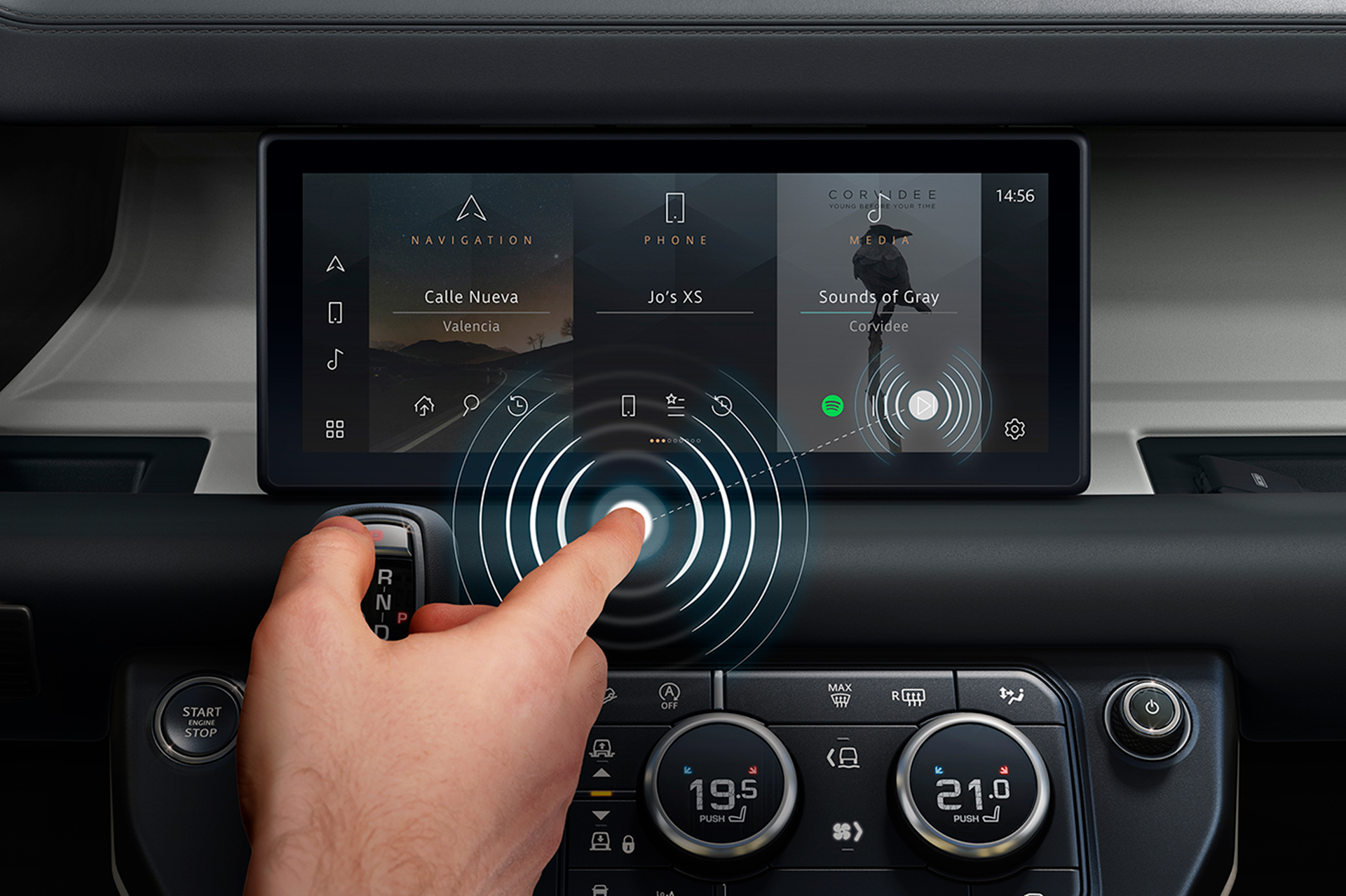 The technology includes a gesture tracker that uses vision-based or radio frequency-based sensors to combine contextual information such as user profile, interface design and environmental conditions with data available for other sensors, including an eye-gaze tracker, to infer the user’s intent in real-time.

“As countries around the world exit lockdown, we notice how many everyday consumer transactions are conducted using touchscreens: railway or cinema tickets, ATMs, airport check-ins and supermarket self-service checkouts, as well as many industrial and manufacturing applications,” Human Machine Interface technical specialist at Jaguar Land Rover, Lee Skrypchuk, said. “Predictive touch technology eliminates the need to touch an interactive display and could, therefore, reduce the risk of spreading bacteria or viruses on surfaces.”