Another tuner has added the new generation Mercedes-AMG G63 to its portfolio, and its name is PerformMaster.

The tuner claims that, with the aforementioned parts installed, which are TUV certified and accompanied by a full warranty that also covers the engine, turbo, transmission and differential, the 0-60 mph (0-96 km/h) drops to 3.9 seconds and top speed increases to 162 mph (260 km/h).

Watch Also: 769 HP Mercedes-AMG G63 Is A Supercar Masquerading As An SUV 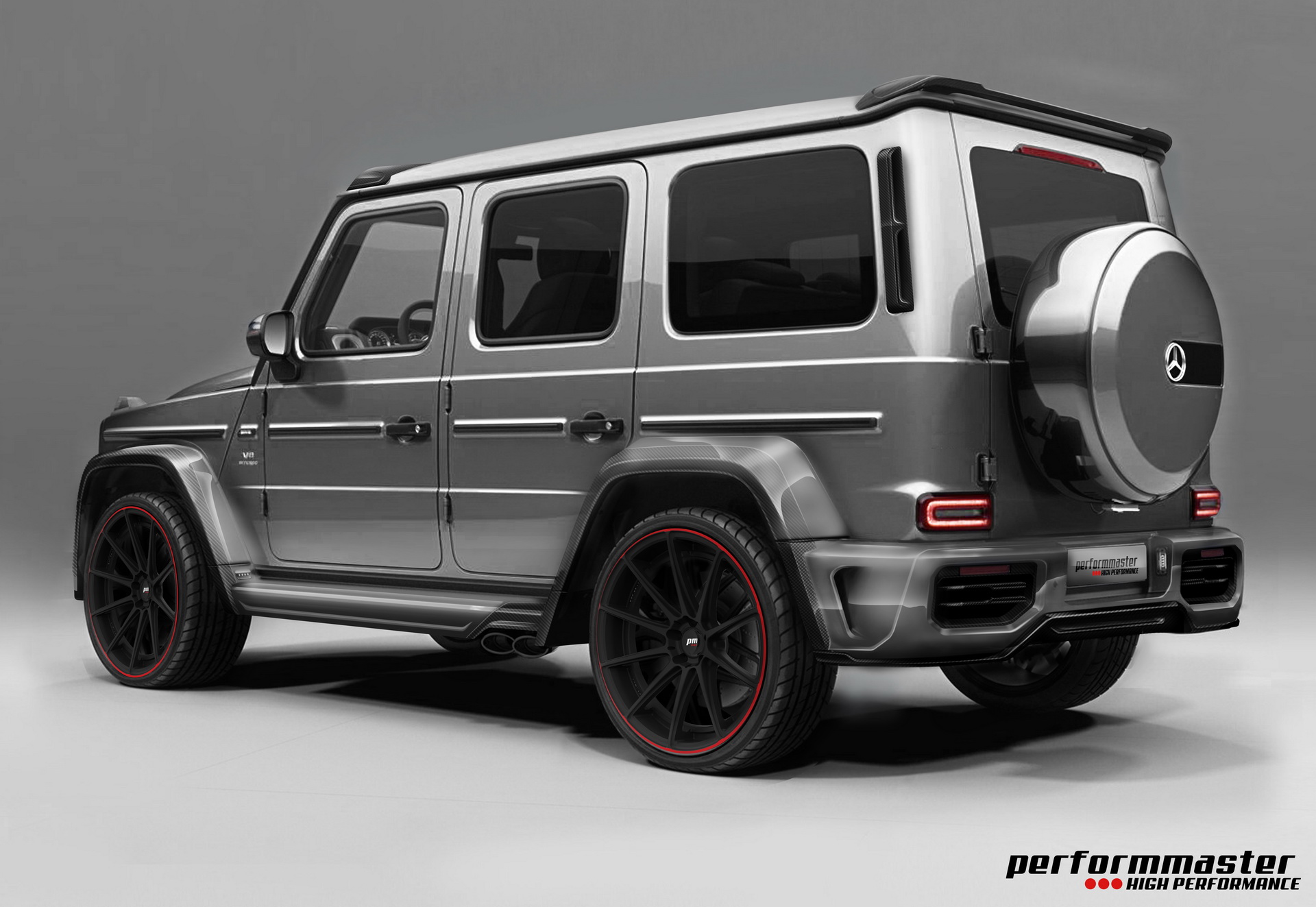 Besides giving it supercar-rivaling levels of power, PerformMaster has also boosted the visual appeal of the G63 with their Aersphere carbon fiber wide body kit that includes fender extensions, front apron with splitter, rear apron with diffuser, additional air vents, modified bumpers and extra DRLs, in addition to the entry lights. Those who want even more can order other parts, such as the carbon fiber hood attachment, front roof spoiler with additional LEDs and rear wing.

The tuner has announced that the first eight customers to get the Aersphere body kit will have the chance to meet the Formula 1 safety car driver, Bernd Maylander, and ride shotgun in the Mercedes-AMG GT4 with him in the driver’s seat. Then, they will get to unleash their own AMGs and, to round it off, a special dinner and overnight stay with a close one are also included in the event, which is said to be worth €15,000 ($17,160).