Slowly but surely, Kia’s electric vehicle onslaught is gaining momentum with a myriad of new electrified models to debut within the coming years. One of these is a crossover that straddles the line between traditional SUV and a liftback codenamed CV.

While the CV’s nomenclature is yet to be confirmed, spy photos indicate it shares styling elements from both the Kia Futuron and Imagine concepts that debuted at last year’s China International Import Expo and Geneva Motor Show respectively. Now, let’s take an illustrated preview at what to expect based on the prototypes we’ve seen on the road.

Kia used both concept models as a statement of intent for future vehicles; emphasizing sporty and elegant design, coupled with a new interpretation of Kia’s signature ‘tiger-nose’ grille. The production series CV is the first model to showcase this new design language with a striking, wedge-shaped body.

Read Also: Everything We Know About The Hyundai 45 EV

The most dramatic view comes from the rear; its styling is dominated by super-slim LED taillights that frame the upper arch of the hatch, featuring an illuminated fin pattern that could have come from some futuristic type of cooktop stove. 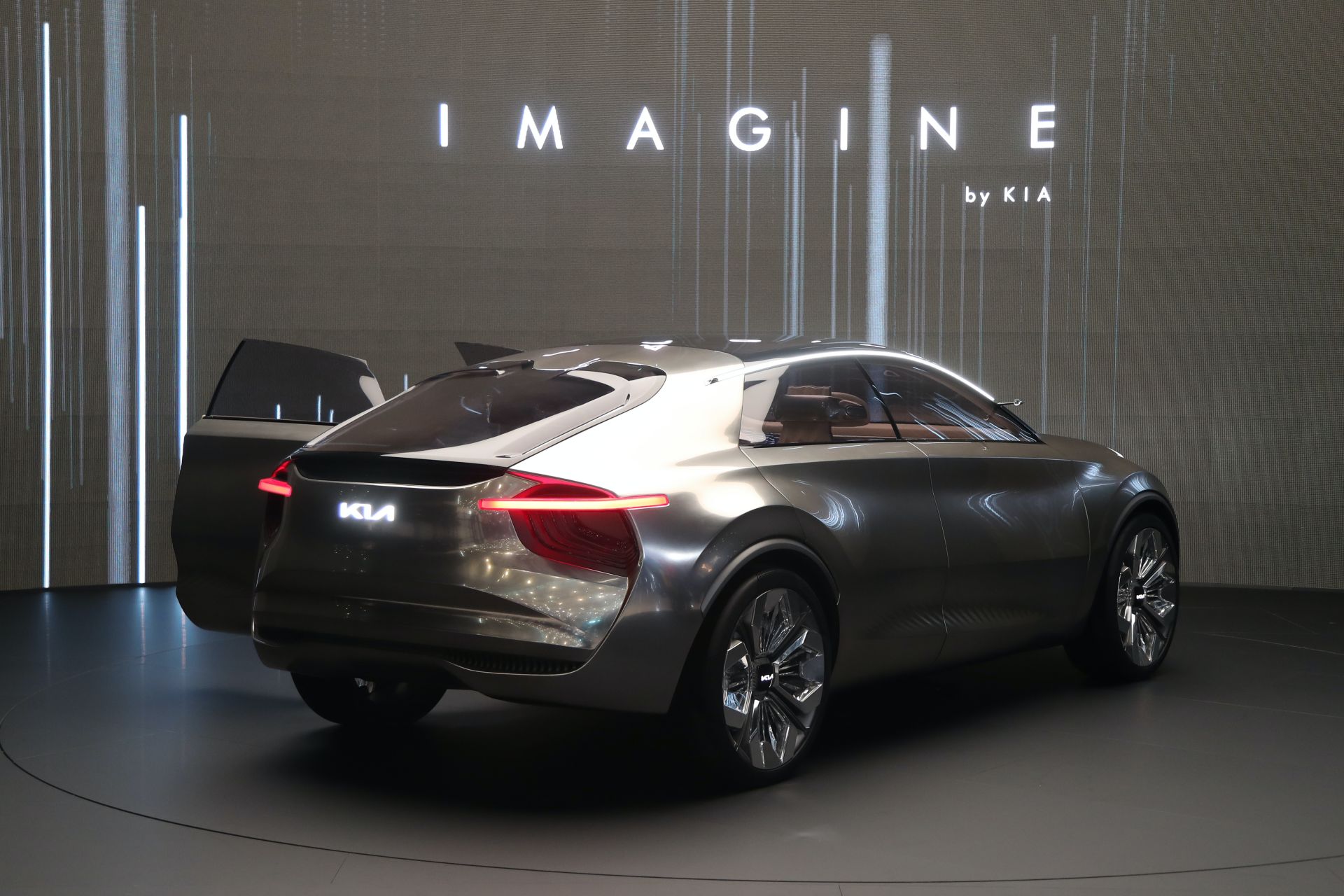 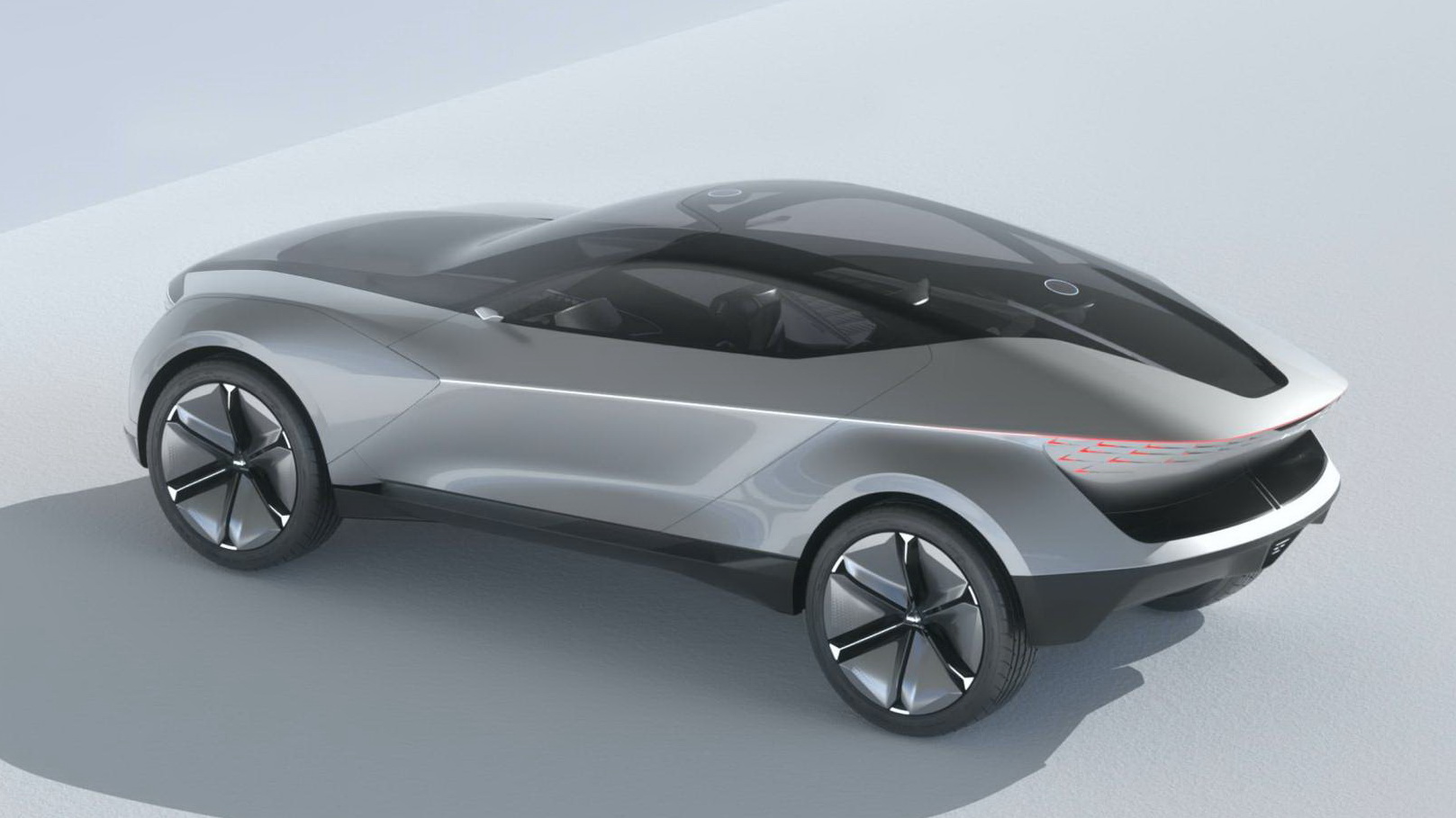 While power and torque outputs are an unknown quantity, the dedicated EV will have a driving range of up to 310 miles (500km) and will offer blistering quick DC fasting-charging of under 20 minutes. If the upcoming Hyundai 45 BEV is anything to go by, expect an SK innovation-supplied battery pack in the 75-100 kWh bracket, coupled with a potent dual-motor setup.

A Roomy Place To Be

While we’ve yet to lay eyes on the interior, the CV will offer a spacious layout aided by a flat, skateboard-style floor. A large digital screen will combine both instrument cluster and infotainment system with Apple CarPlay, WiFi connectivity, and a surround-view monitor.

Full autonomous driving is still some way off for the CV. However, from launch, you can be rest assured driver-assist technology will feature autonomous emergency braking, rear cross-traffic assist, lane-keeping aid, safe exit assist and rear occupant alert. 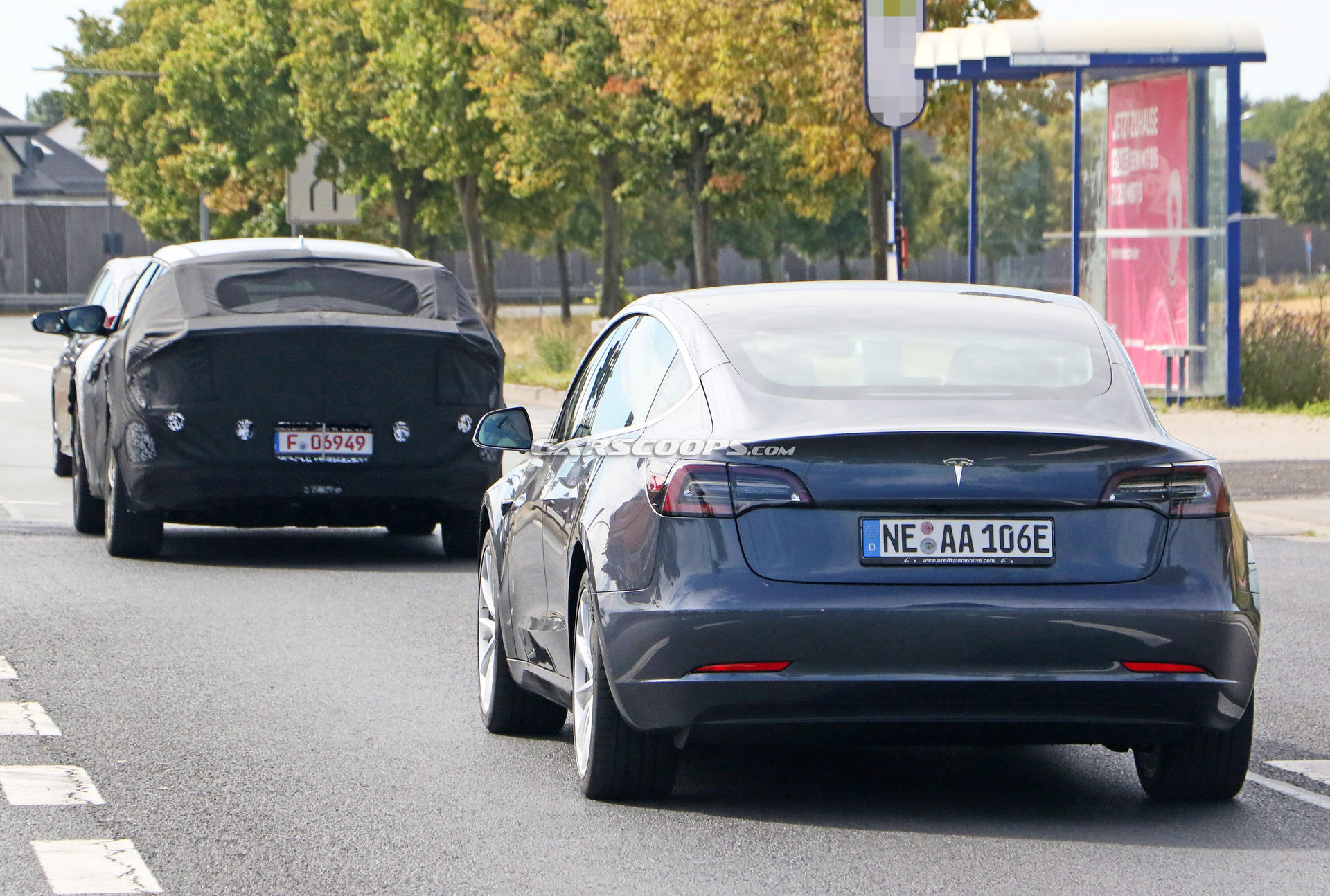 Kia’s new pure-electric halo car will have plenty of competitors when it lands in the market next year, either as a 2021MY or 2022MY, though two models immediately stand out; the Tesla Model 3 and the Polestar 2 – Especially the latter, seems like one of the closest matches right now with the information we have in our hands.

Review: Mercedes EQC 400 Is A Strong Presence In The EV Crossover Segment

Depending on pricing, dimensions, specs and market availability, other potential battery-electric rivals may include the Hyundai 45, Toyota’s upcoming CUV, Volkswagen ID.4, and possibly the Skoda Enyaq.

So, do you think Kia is heading in the right design direction with its premiere EV model? Tell us in the comments below.