The 2009 Mitsubishi Lancer Evolution IX MR was arguably the last great Mitsubishi and one is currently up for sale in Seattle, Washington.

Mitsubishi produced the rally-bred Lancer Evolution for 14 years, and during that time, 10 iterations were launched. Of the models produced, the VIII (eight) and IX (nine) are among the most popular and revered. Prices of Evo VIII and IX models have been on the rise and it seems inevitable that this example could prove to be a good investment in the years to come.

Adorning the exterior is a shade known as Tarmac Black Pearl. The car has also been equipped with JDM-spec head- and taillights, a new rear bumper, Rally Armour mud flaps, a Ralliart antenna and a Ralliart carbon fiber front lip. A new set of 17-inch BBS wheels wrapped in 235/45 BF Goodrich g-Force Sport COMP-2 tires have also been fitted, although the original BBS wheels will also be included in the sale. 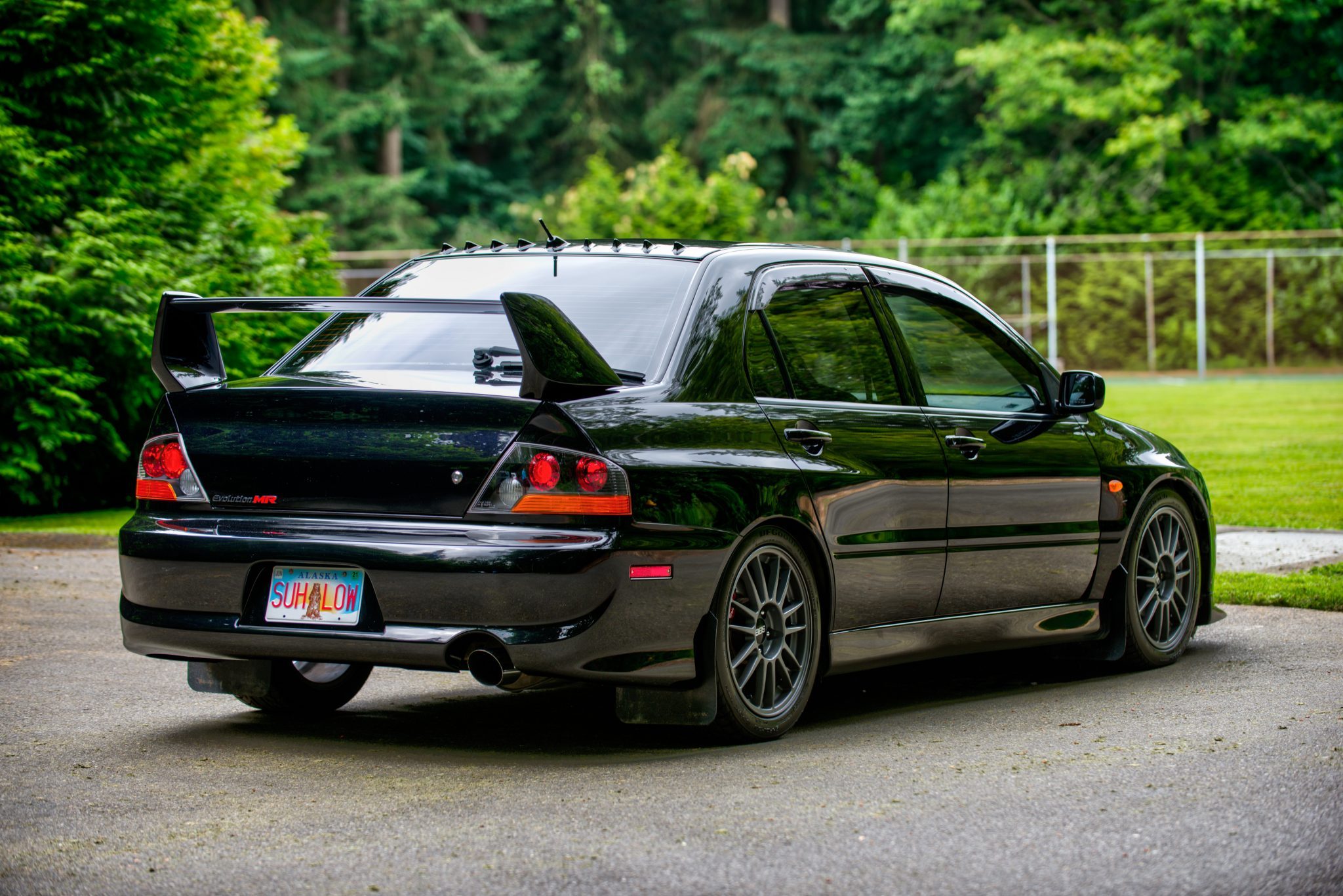 Moreover, according to the Bring A Trailer listing, this Evo also features coilovers at all our corners. The 2.0-liter turbocharged 4G63 four-cylinder has also been upgraded with an ARC air intake, ARC exhaust manifold and an ARC titanium cooling plate. Power is sent to all four wheels through a six-speed manual transmission and the car features locking front, center and rear differentials, one of the reasons it handles so well.

While the Evo could potentially sell for more if it was bone stock, it has 35,000 miles (56,327 km) on the clock, meaning that, if properly looked after, it would serve its new owner for quite a long time.