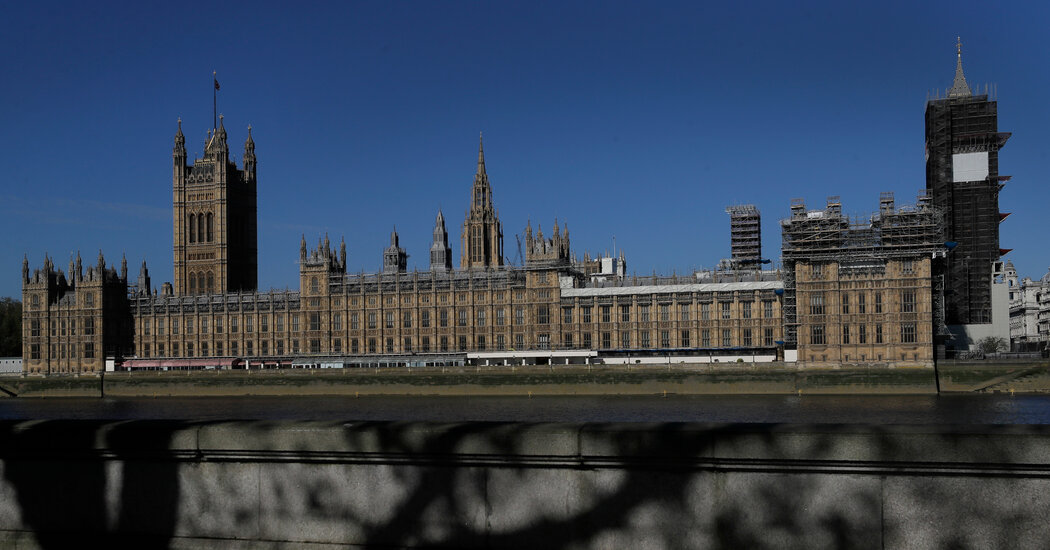 A Conservative lawmaker in Britain was arrested this weekend after a former parliamentary employee accused him of raping her, according to British news reports.

The lawmaker, who is said to have once held a government leadership position, has not been publicly identified. He was released on bail after being taken into custody on Saturday in an East London police station, the police said.

The arrest posed problems for the government of Prime Minister Boris Johnson of Britain, creating pressure on Mr. Johnson to suspend the lawmaker from the Conservative Party and forcing the government to account for when it learned of the allegations.

The Sunday Times, the British newspaper that first reported the arrest, said that the allegations were previously raised with two senior members of Mr. Johnson’s government. But officials said on Sunday that the lawmaker would remain in the Conservative Party and that they would review the decision only once the police finished their investigation.

The police in London said that they arrested a man in his 50s on Saturday on suspicion of rape as part of an investigation into four incidents between July 2019 and January involving accusations of sexual offenses and assault.

The police did not release the suspect’s name or confirm his occupation.

The former parliamentary employee who accused the lawmaker of rape and assault said that she was so traumatized that she had to go to the hospital, The Sunday Times reported.

The newspaper reported that another Conservative lawmaker spoke to the woman a month ago and then discussed the allegations with two members of Mr. Johnson’s government: Mark Spencer, the chief whip, whose job it is to wrangle lawmakers before votes, and Jacob Rees-Mogg, the leader of the House of Commons.

Mr. Spencer’s office said in a statement that he “takes all allegations of harassment and abuse extremely seriously and has strongly encouraged anybody who has approached him to contact the appropriate authorities, including Parliament’s independent complaints and grievance scheme.”

The Conservative Party also said it took “all allegations of this nature extremely seriously.”

Complaints about bullying, abuse and sexual harassment in the British Parliament have circulated for years, and scrutiny of that culture has increased since the beginning of the #MeToo movement.

After a number of lawmakers were accused of sexual harassment in 2017, a new system was set up in Parliament for staff members to report inappropriate behavior. Before that, complaints were taken to the party whips.

The Sunday Times said the former parliamentary employee filed a complaint this year against the Conservative lawmaker using the new complaints system and then recently reported the incidents to the police.

One of the lawmakers accused in 2017 of sexual offenses, Charlie Elphicke, was convicted last week on three charges of sexual assault stemming from 2007 and 2016. One woman said that Mr. Elphicke forced her onto a sofa and groped her before chasing her while he chanted, “I’m a naughty Tory.”

The government of Mr. Johnson’s predecessor, Theresa May, suspended Mr. Elphicke from the Conservative Party after the allegations were made public, but he regained his membership in 2018, just before a crucial vote of no-confidence in Mrs. May’s leadership. Mr. Elphicke was suspended again last year, after he was charged, and did not run again in the December general election.