Toyota is launching a new special edition of the RAV4 Hybrid in Europe called the Black Edition, which, well, is pretty self-explanatory.

The new black-themed variant of the Japanese hybrid SUV is finished in Toyota’s Midnight Black, which is paired with a matching front grille, lower bumpers, door mirror casings, skid plates, and rear spoiler.

The new RAV4 Hybrid Black Edition also runs on black 19-inch alloy wheels with a glossy black finish and even has the ‘Intelligent Clearance Sonar’ sensors painted black so as to not interrupt the whole theme. In fact, the only non-black feature on the exterior is the chrome Toyota badge on the front end.

Read Also: Bizarre RAV4 Limo Was Built By Toyota Workers During Their Off Time 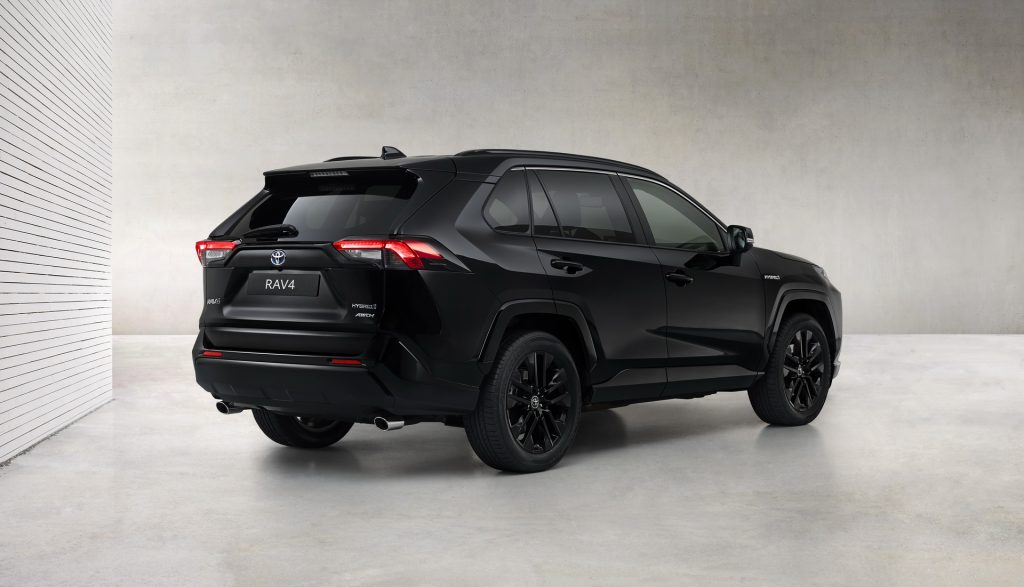 The same theme continues in the cabin: step inside and you’ll find the seats upholstered in black synthetic leather with grey stitching, combined with a black headliner and interior trim.

The RAV4 Hybrid Black Edition is based on the Style grade and includes features such as a 360-degree camera, the aforementioned intelligent parking sensors, a digital rear-view mirror, a nine-speaker JBL premium audio system with DAB and a wireless charging pad for your smartphone. Apple CarPlay and Android Auto are also standard, as well as Toyota’s Safety Sense suite of active safety systems.

The new Toyota RAV4 Black Edition is available to order in Europe, with first deliveries set to commence in October.