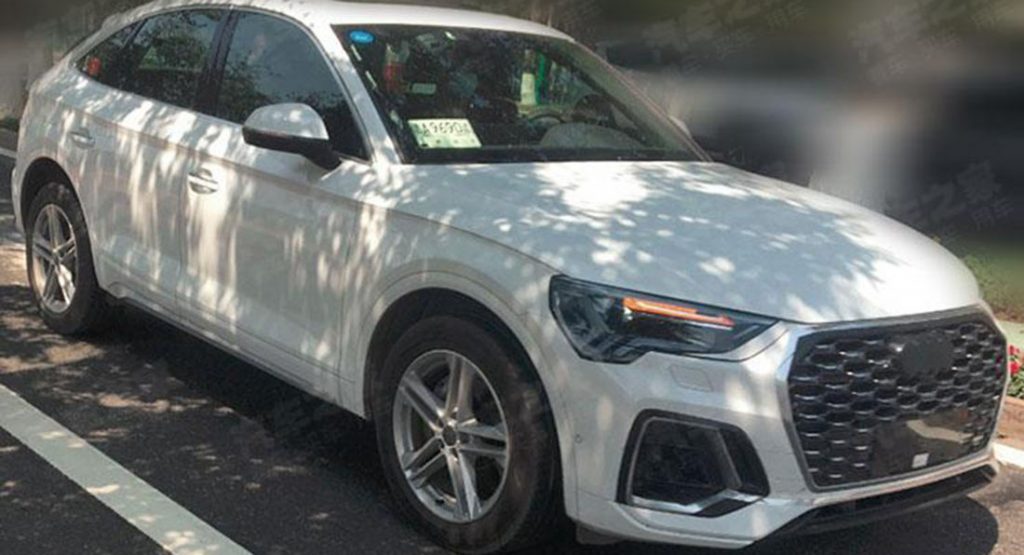 Images from China have just surfaced online showing the new Audi Q5 Sportback mostly free of camouflage (basically, only the badges and rear lights are covered) and looking very similar to the smaller Q3 Sportback.

It was only last week that our spy photographers spotted the new Q5 Sportback testing at the Nurburgring under a thick covering of camouflage. These photos from Autohome in China confirm that the new ‘Coupe-SUV’ looks quite different than the regular Q5.

Read Also: 2021 Audi Q5 Sportback Has The BMW X4 And Mercedes-Benz GLC Coupe In Its Sights

At the front, Audi has ditched the headlights of the standard Q5 in favor of ones more akin to those from the Q3 Sportback. This prototype also features a blacked-out front grille with a chrome surround as well as some dashes of silver around the edges of the front air intakes. 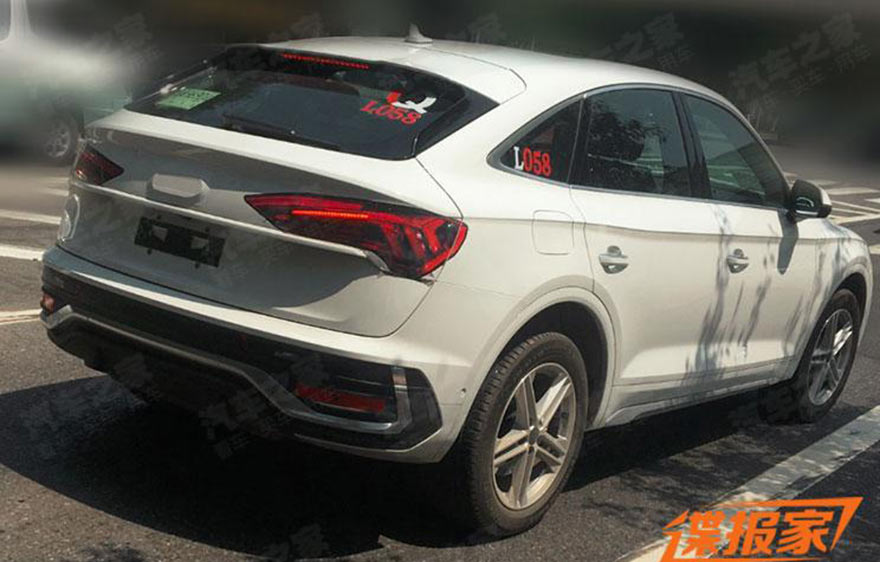 As the Sportback in its name implies, Audi has overhauled the shape of the vehicle’s roof to give it that Coupe-like appearance. There is no camouflage per say at the rear but there is some tape over the taillights, hiding parts of their design. With that being said, it is clear that they too have been altered from the taillights of the normal Q5.

CarScoops understands that the 2021 Audi Q5 Sportback will be offered with many of the same powertrain options as the regular model, including the 55 TFSI e quattro model that uses a 2.0-liter plug-in hybrid with 362 hp. In addition, an Audi SQ5 Sportback with 349 hp seems quite likely but a flagship RS Q5 Sportback may not see the light of day.

Few, if any, interior changes are expected to be made for the Q5 Sportback. With that being said, the new roofline will inevitably reduce headroom for rear-seat passengers while also reducing luggage capacity.

Hat tip to Ryan for alerting us to these photos!