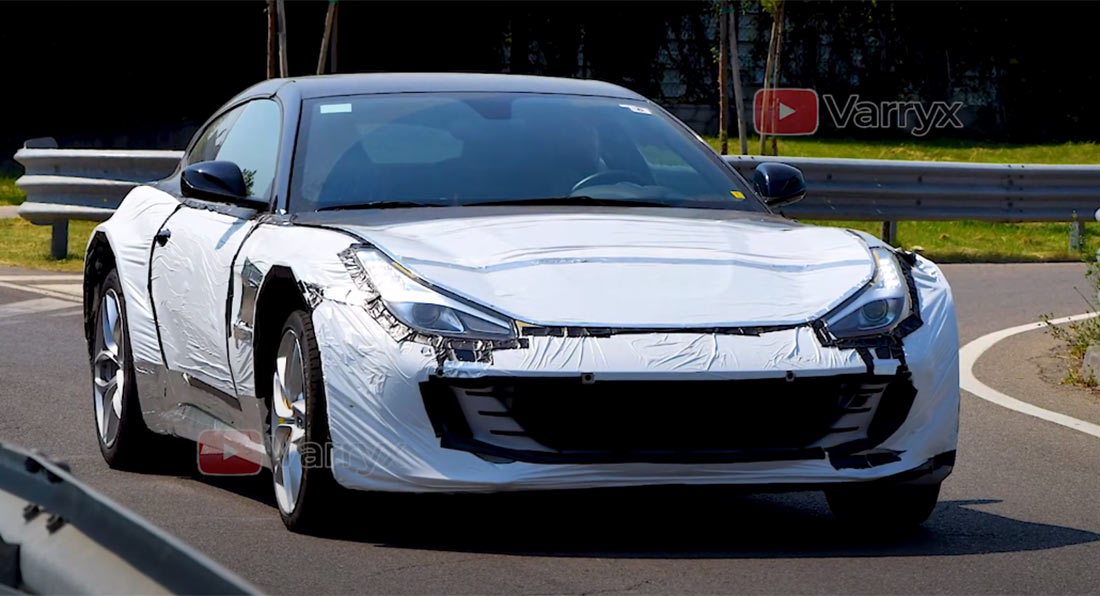 An intriguing Ferrari GTC4Lusso has been spied testing in Maranello, Italy, prompting speculation that it could be an early prototype for the Purosangue SUV.

It has been almost two years since Ferrari confirmed it was developing an SUV, but no obvious test mules have been spotted. In October 2018, a spy video emerged showing a GTC4Lusso testing with a higher ride height than usual as well as a set of flared wheel arches, triggering reports it was in fact a test bed for the Purosangue. Now, a very similar GTC4Lusso has been snapped.

This video was filmed by YouTuber Varryx and shows a GTC4Lusso that has some white coverings placed over the front end, sides, and rear end. Like the mule from 2018, the ride height of this one has also been jacked up and it has flared arches.

While Ferrari confirmed the SUV two years ago, it has remained tight-lipped about what powertrain it could feature.

According to some reports, the Purosangue may hit the market with the same underpinnings as the Roma, meaning a front-engined architecture that has been created to work with V6, V8, and V12 engines. As much as we would love to see a V12-powered SUV from Ferrari, that seems highly unlikely and a twin-turbocharged V8 will probably be the powertrain of choice. Interestingly, there is also some speculation that a plug-in hybrid could be offered.

Fortunately, we probably won’t have to wait all that long to discover more about the Purosangue, as it is expected to premiere sometime in 2021.