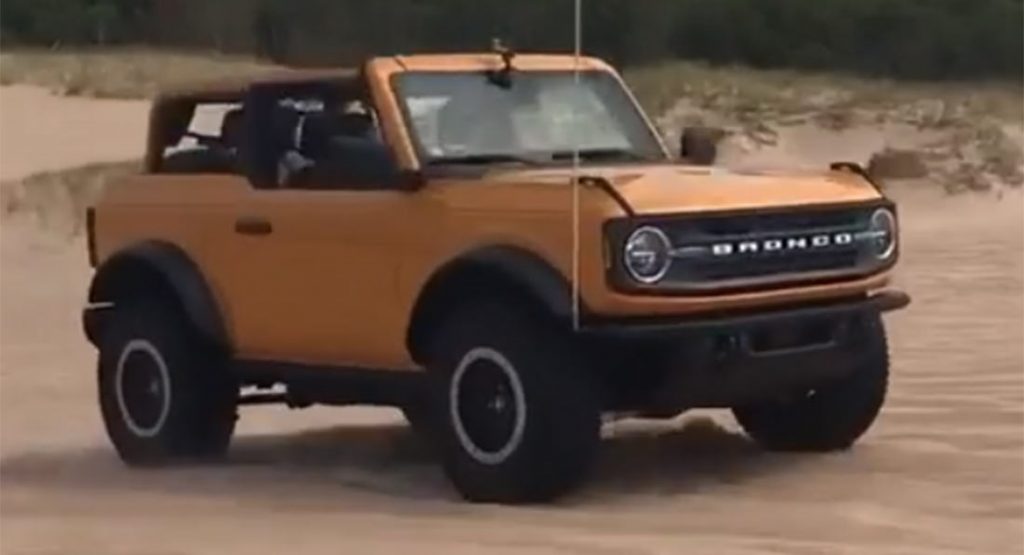 The 2021 Ford Bronco has been filmed fooling around on sand dunes in the U.S. while surrounded by other off-roaders, including a Jeep Wrangler.

We’re not sure exactly where these videos were filmed but they were shared on Instagram by Ford’s North American product communications manager Mike Levine. The 2021 Bronco in the video is a two-door model finished in Cyber Orange Metallic and appears to be equipped with the available Sasquatch package, hence why it is rocking a set of massive 35-inch off-road tires.

Now that the new Ford Bronco has been presented to the world, Ford is finishing off the testing phase of the off-roader with camouflage-free prototypes. It looks right at home on the sand and we’re sure is heaps of fun to drive in these types of conditions.

The reception to the Ford Bronco has been overwhelmingly positive and this shows in how many people are excited to buy one. Last week, a report surfaced online indicating that Ford has secured roughly 230,000 reservations for the off-roader and that is a figure that will continue to increase by the day.

While this is great news for Ford and great news for enthusiasts, it does mean that some buyers in the United States might have to wait until 2022 before taking delivery.