A prototype for the next-generation Mercedes-Benz C-Class has been spied during testing in AMG C53 guise in Southern Europe.

The new C-Class will be differentiated from the outgoing model on a number of fronts and this will include all-new looks. While the camouflage makes it difficult to comment on the key styling alterations, it is safe to say that the C53 model will be slightly more aggressive than non-AMG variants.

This particular prototype has some obvious cladding across the front fascia but we can see the outline of large air intakes on either side of the bumper as well as a set of familiar Mercedes-Benz headlights. A recognizable Panamericana grille is also to be expected. At the rear, the vehicle has mock taillights and twin tailpipes while at the sides we can see sporty wheels and larger brakes. 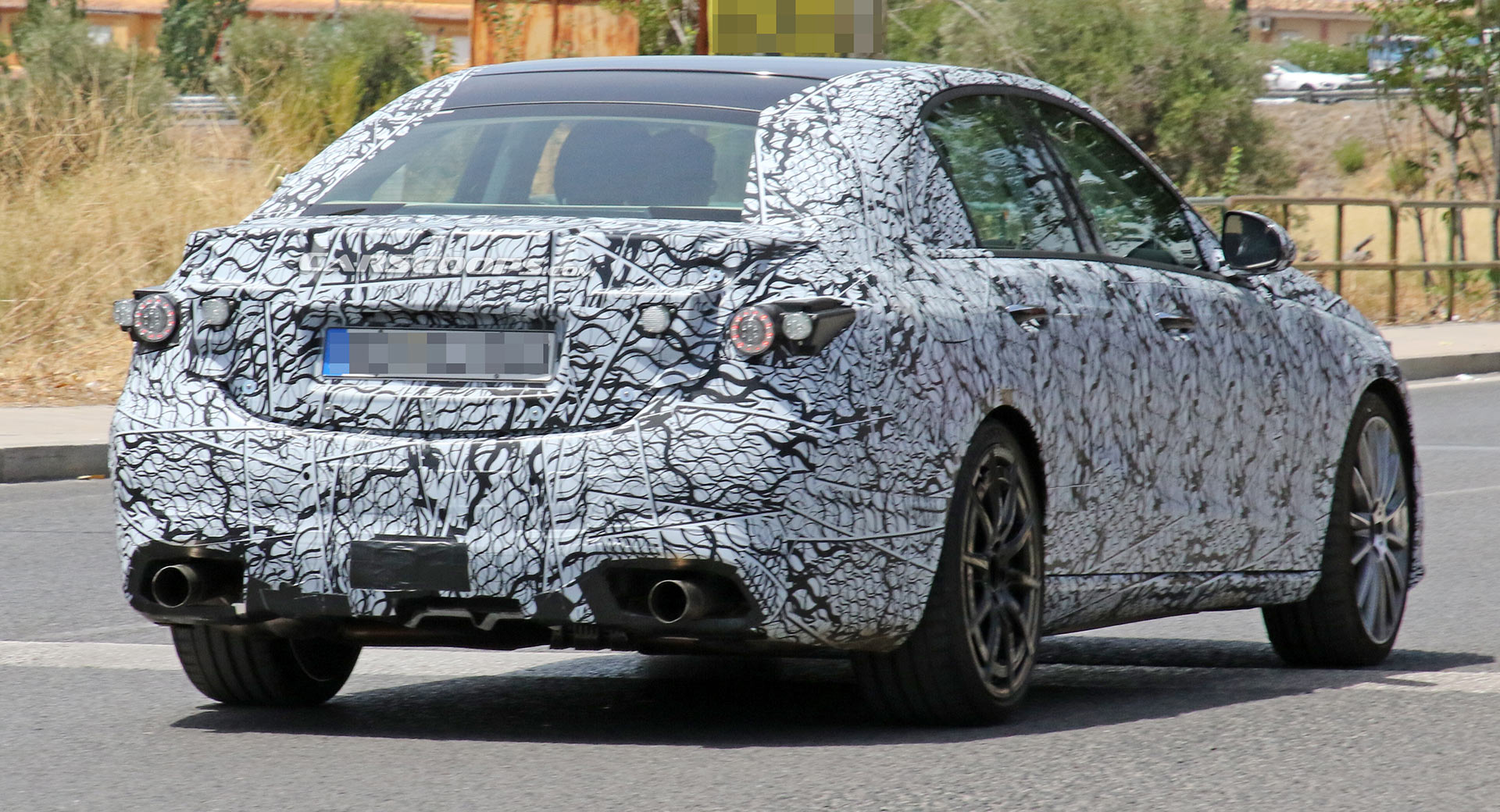 As different as the new C53 may look from the outgoing C-Class range, it will be on the powertrain front where things are really different. Current ‘53’ series models like the E53 and CLS53 feature a turbocharged 3.0-liter six-cylinder engine with an EQ Boost delivering 429 HP and 384 lb-ft (520 Nm) but the new C53 may use the same 2.0-liter turbo-four as the A 45 S. This engine produces 416 HP and should Mercedes want some extra power, it could add an EQ Boost system to give the C53 in excess of the current 429 HP.

Sitting above the Mercedes-AMG C53 in the family will be the new C63 and C63 S models. If rumors are to be believed, the new C63 will have a 2.0-liter turbocharged four-cylinder that operates alongside an electric motor to produce more than 500 HP.

Mercedes-Benz will probably unveil the new C-Class early next year, meaning we may not see AMG variants until 2022.