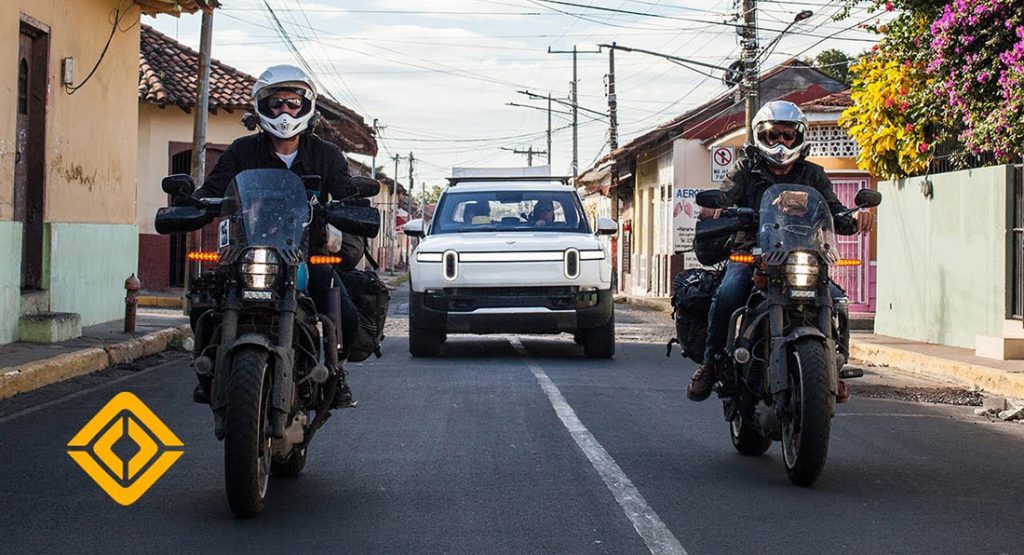 Last year, Rivian took two early prototypes of the R1T electric pickup truck to the very bottom of South America and embarked on an ambitious trip to Los Angeles.

Fast forward 12 months and details about what the electric vehicle startup was up to have been announced. As it turns out, Rivian teamed up with Ewan McGregor and Charley Boorman for an epic trip dubbed Long Way Up.

If you’re a motorcycle enthusiast, you’ll no doubt be familiar with McGregor and Boorman’s previous adventures, Long Way Round and Long Way Down where they embarked on cross-continent journeys on BMW motorcycles. Long Way Up is a little different, as the presenters ditched the BMWs in favor of all-electric Harley-Davidson LiveWire motorcycles.

As this video released by Rivian reveals, the automaker received a call last year to participate in the epic adventure. While testing of the R1T was still in its early stages at the time, they jumped on the opportunity and used the 13,000 mile (~21,000 km) journey to help develop their pickup.

In the clip, Rivian reveals that it built out a charging network along the journey through South and Central America so that anyone with a rugged EV can embark on the same adventure.

Long Way Up will premiere on September 18th on Apple TV. As for the Rivian R1T, it was recently confirmed that customer deliveries have been pushed back to June 2021 due to delays caused by the coronavirus pandemic.