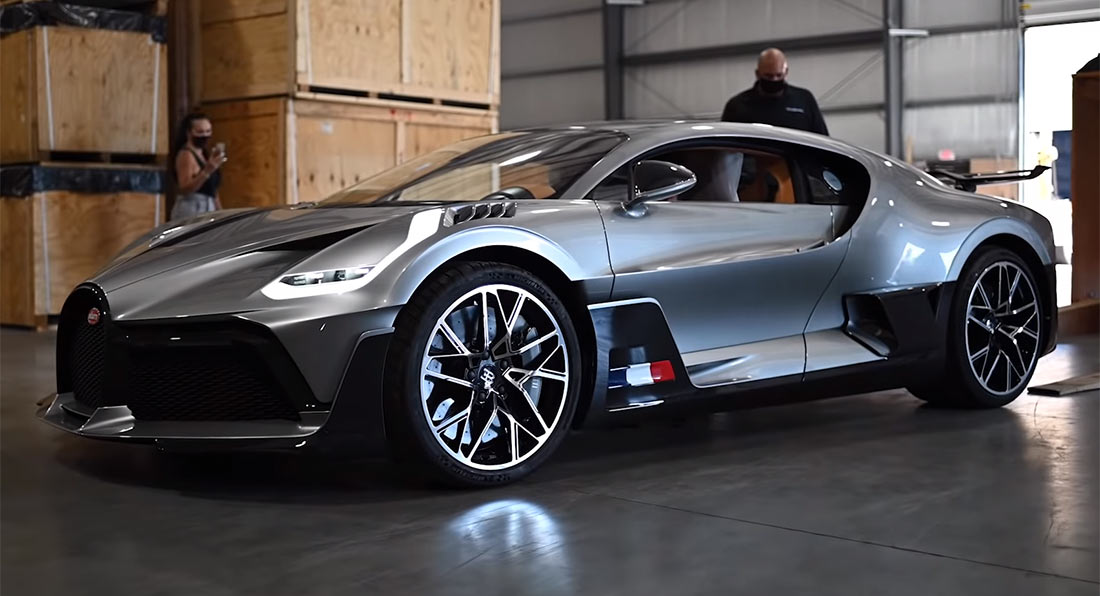 Shortly after Bugatti wrapped up the development of the limited-edition Divo, the first example has just landed in the United States.

The Divo in question was shipped from Paris to New York and was subsequently transported to Miller Motorcars for a pre-delivery inspection before its owner picked up the keys. It has been beautifully optioned-out and makes the Chiron on which it is based seem a little mundane.

We don’t have any details about the specific options of this Divo other than what we can see. It is painted in a shade of silver and has a host of gloss carbon fiber parts across the exterior, including the front splitter, side skirts, and much of the rear fascia.

The first @Bugatti Divo in the United States. Delivered exclusively by @BugattiOfGreenwich @MillerMotorcars. Limited to…

Inside, things are just as spectacular. Soft-touch Alcantara adorns much of the cabin, including the center of the seats, the transmission tunnel, lower dashboard, door panels, and parts of the steering wheel. Complementing the tan-colored Alcantara is tan-colored leather, while there are also some aluminum parts and matte carbon fiber accents.

Bugatti is building just 40 examples of the Divo worldwide and “only a handful” are coming to the United States, according to Miller Motorcars. Pricing starts at €5 million ($5.9 million) and that is before any options and taxes.