The new Kia Sorento has been spied testing in U.S.-spec by CarScoops reader Gor.

While Kia unveiled the new Sorento back in March, it is still working on the U.S. model and was spied putting this heavily camouflaged prototype to the test in Yosemite Valley, California. Although car manufacturers usually put body cladding like this to hide the identity of their forthcoming models, the U.S.-spec Sorento should look identical to those sold in other markets aside from some trimmings.

Read More: Kia Drops A Boatload Of New Photos And Information On 2021 Sorento

With that in mind, the SUV has a tough new look that includes Kia’s tiger nose grille up front alongside new headlights with integrated ‘tiger eye’ LED daytime running lights. It looks very purposeful and is a far cry from the previous-generation Sorento. The significant styling modifications continue down the sides and rear with thick D-pillars, sharper body lines, and split vertical taillights. All of these design details are hidden on this prototype. 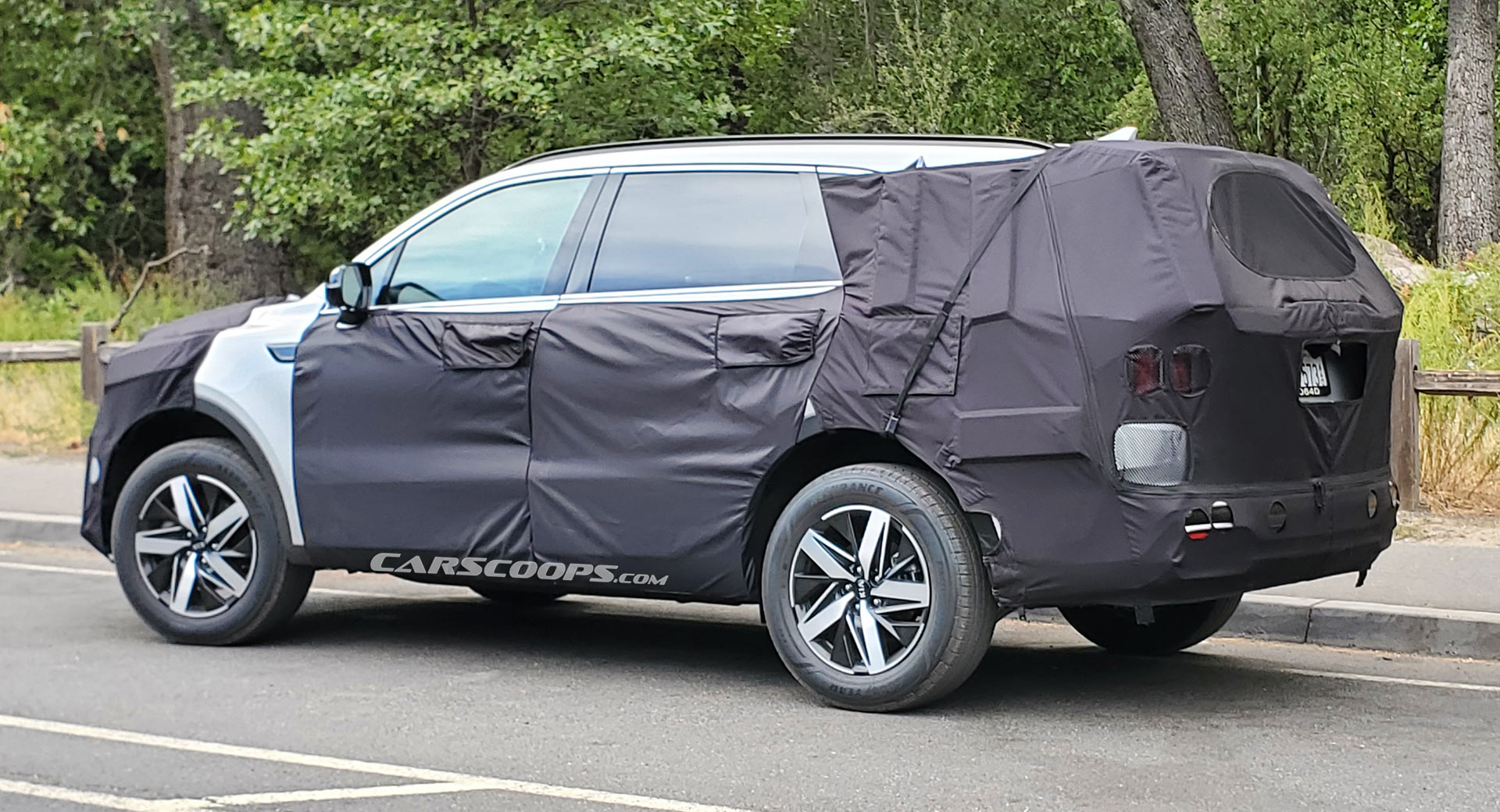 We know of at least two powertrains that will be available in the United States. The first will be Kia’s new Smartstream hybrid setup that features a 1.6-liter turbocharged petrol four-cylinder that works alongside a 44.2 kW electric motor and a 1.49 kWh lithium-ion polymer battery pack. It pumps out a total of 227 hp and 258 lb-ft (350 Nm) of torque and is coupled to a six-speed automatic transmission. For those after a little more grunt, Kia will also sell the Sorento with a 2.5-liter T-GDi engine producing 277 hp and 310 lb-ft (421 Nm) of torque and mated to an eight-speed dual-clutch transmission.

In other markets, such as Australia and Europe, the 2021 Kia Sorento is also available with a 2.2-liter four-cylinder Smartstream diesel with 198 hp and 324 lb-ft (440 Nm) of torque. This engine also operates alongside an eight-speed dual-clutch transmission.

Kia will build the new Sorento at its Hwasung manufacturing facility in Korea and its production plant in Georgia, USA. It remains unclear when we will see it unveiled for the U.S. market but an online debut should happen before the end of the year.

Hat tip to Gor Mirzakhanyan for the photos!