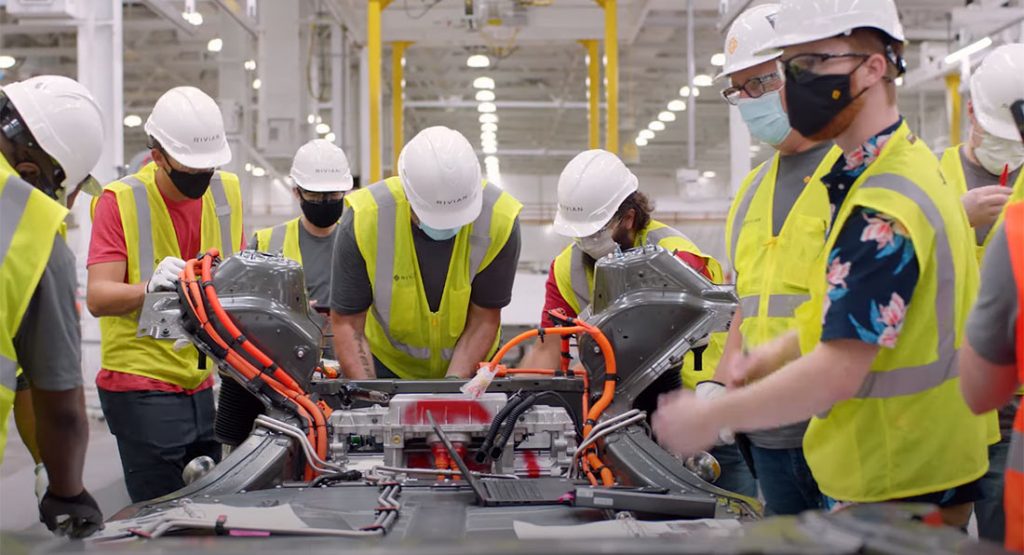 While Rivian was forced to delay deliveries of its long-awaited R1T electric pickup truck until June 2021 due to the coronavirus pandemic, the company is continuing to push forward with its aggressive EV plans.

In this video, we are taken on a tour of the company’s factory in Normal, Illinois with none other than company founder R.J. Scaringe. At the moment, the car manufacturer is building pre-production models and filling the 500,000 square-foot factory with all of the necessary manufacturing equipment and robots.

In addition to the R1T, Rivian is also developing the R1S SUV on the same skateboard architecture with the intention of starting deliveries two months after the R1T. The two vehicles will be offered with the same electric motor and battery configurations.

Read Also: Rivian R1T Deliveries Pushed Back To June 2021 Due To Coronavirus

Battery packs will be available in capacities of 105 kWh, 135 kWh, and 180 kWh and operate alongside four electric motors. The entry-level model will be good for 402 hp, the long-range variant will have 700 hp, and the performance model will be rated at 754 hp.

Unlike other EV startups like Nikola and Fisker, Rivian is not a public company. Since 2019, it has raised a remarkable $5.3 billion in private funding that includes more than $700 million from Amazon and over $500 million from Ford. It was also recently announced that Rivian will move most of its operations to a new facility in Irvine, California that will include a new HQ to replace its current headquarters in Plymouth, Michigan. Nevertheless, the Illinois site will remain its main production facility.