Hyundai teased the Sonata N-Line last year, and now the model has been fully revealed thanks to a video that was posted online.

While clip was only available for a few minutes, The Korean Car Blog managed to snag some pictures as well as details about the upcoming model.

As you see in these screenshots, the performance-oriented sedan has a modestly revised front bumper with more aggressive air intakes. We can also see a N-Line branded grille, a four-tailpipe exhaust system and sportier wheels which reportedly measure 19-inches. 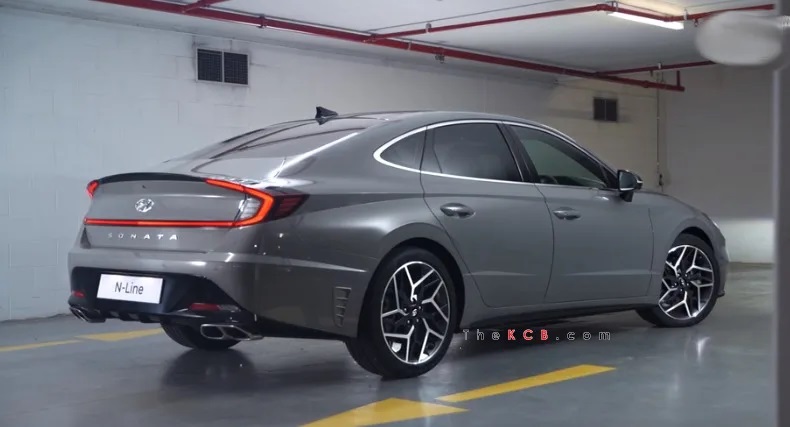 Interior changes are minor, but will apparently include N-branded sport seats with cloth and leather upholstery. We can also see red contrast stitching and a modestly revised steering wheel that appears to feature an N-Line logo.

The publication says the car has a turbocharged 2.5-liter four-cylinder engine that produces 286 hp (213 kW / 290 PS) and 311 lb-ft (421 Nm) of torque. That shouldn’t be too surprising as the engine is shared with the Kia K5 GT which has virtually the same output.

The engine will be paired to an eight-speed dual-clutch transmission which sends power to the front wheels. The car is also slated to have an upgraded suspension with revised springs and dampers. The report goes on to say we can expect launch control, a “Sports +” mode and a beefier braking system. The latter will likely carryover from the K5 GT which has discs that measure 13.6 inches (345 mm) front and 12.8 inches (325 mm) rear.

A debut is expected shortly and the car will reportedly be launched in South Korea during the third quarter.