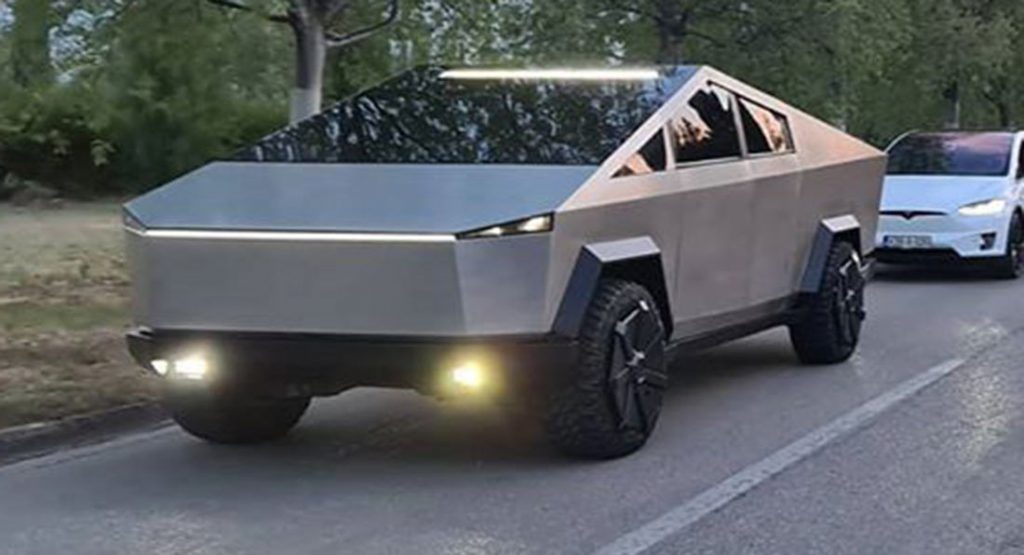 A Tesla enthusiast in Bosnia and Herzegovina has created the most realistic Cybertruck replica we have seen to date. In fact, the truck has been so well made that you could be fooled into thinking it is the real thing.

Details about the replica are few and far between, including what vehicle it is based on and what kind of powertrain it uses. It is also unclear if it can be legally driven on the street, although videos do show the Cybertruck copycat hitting Bosnian streets.

Starting with the outside, the truck has the same massive proportions as the Cybertruck prototype presented last year while also rocking similar steel body panels. It has the same bodylines as the real thing and also sports an LED light bar on the roof and a light bar connecting the two traditional headlights – even the wheels and tires look identical to the real Cybertruck. However, things don’t stop there.

First Cybertruck delivery in Bosnia and Herzegovina, made by STARK (replica 1:1).It looks unreal and it is very usefull to see it in real life. It will be best THING in automotive world.

Remarkably, the person responsible for this homebuilt Tesla has created an interior virtually identical to the real pickup. There is the same marble-style dashboard, futuristic steering wheel, glass roof, and a central touchscreen just like that of the Tesla Model 3.

We haven’t been able to find any images that showcase the underpinnings of this replica, but we suspect it is based on some ICE-powered model. Regardless of what is going on beneath the skin, this is probably one of the most striking pickup trucks in Europe right now.