A new prototype for the forthcoming Mercedes-AMG GT 73 has been spied during testing.

While it remains to be seen if the car will be dubbed the GT 73e or perhaps the GT 73 Plug-In Hybrid, all reports point towards it offering up extreme levels of performance for a vehicle this luxurious and of this size. Porsche’s recent executive car lap record set at the Nurburgring will also come under threat should Mercedes look to usurp its German rival at the famed circuit.

This particular GT 73 prototype was spied at a Mercedes-Benz facility near the Nurburgring. It looks pretty much the same as the current GT 63 but has some camouflage across the rear bumper. As with other prototypes, the charging port is likely hiding under that camouflage. 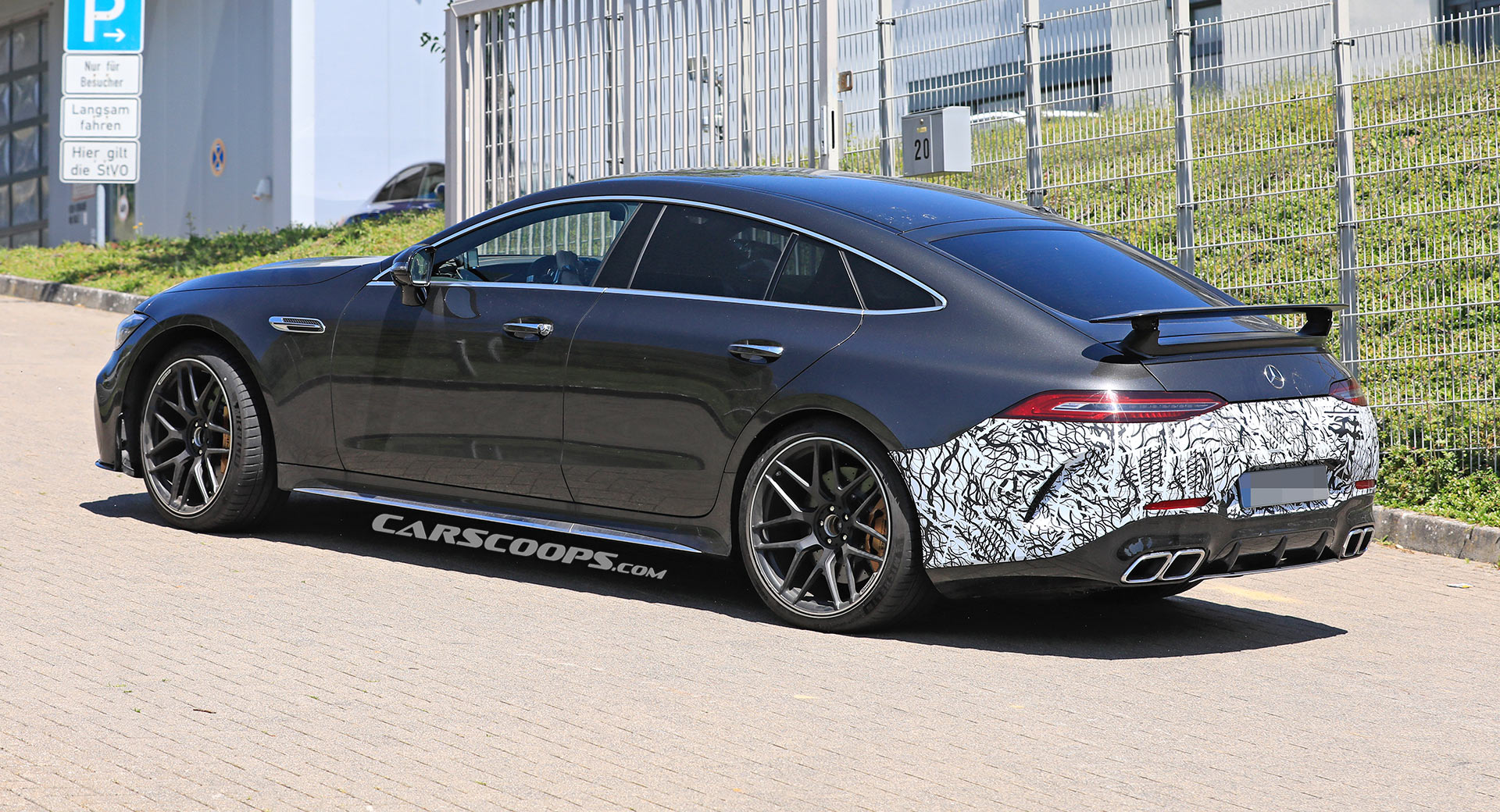 CarScoops understands that the flagship Mercedes-AMG GT 4-Door model will utilize the brand’s current 4.0-liter twin-turbocharged V8 engine operating alongside a rear-mounted electric motor and all-wheel drive. It is claimed the car could pump out as much as 805 hp. If true, that would give it a significant advantage over the Porsche Panamera Turbo S E-Hybrid that has 680 hp.

Not only will the plug-in hybrid powertrain result in extraordinary performance, including a 0-62 mph (100 km/h) time of under 3 seconds, but the GT 73e will also be able to drive for a limited distance on all-electric power. When combined with all the luxuries of the GT 63, the plug-in hybrid has the right ingredients to be the executive car of choice for those seeking out the ultimate level of performance.

We expect to see the Mercedes-AMG GT 73e presented before the end of the year.