The Jaguar F-Pace SVR has been turned into the Stealth by Lister, which claims it’s  “Britain’s fastest and most powerful SUV”.

Watch Also: Jaguar F-Pace SVR May Feel Big Around Corners, But Is An Absolute Delight To Drive 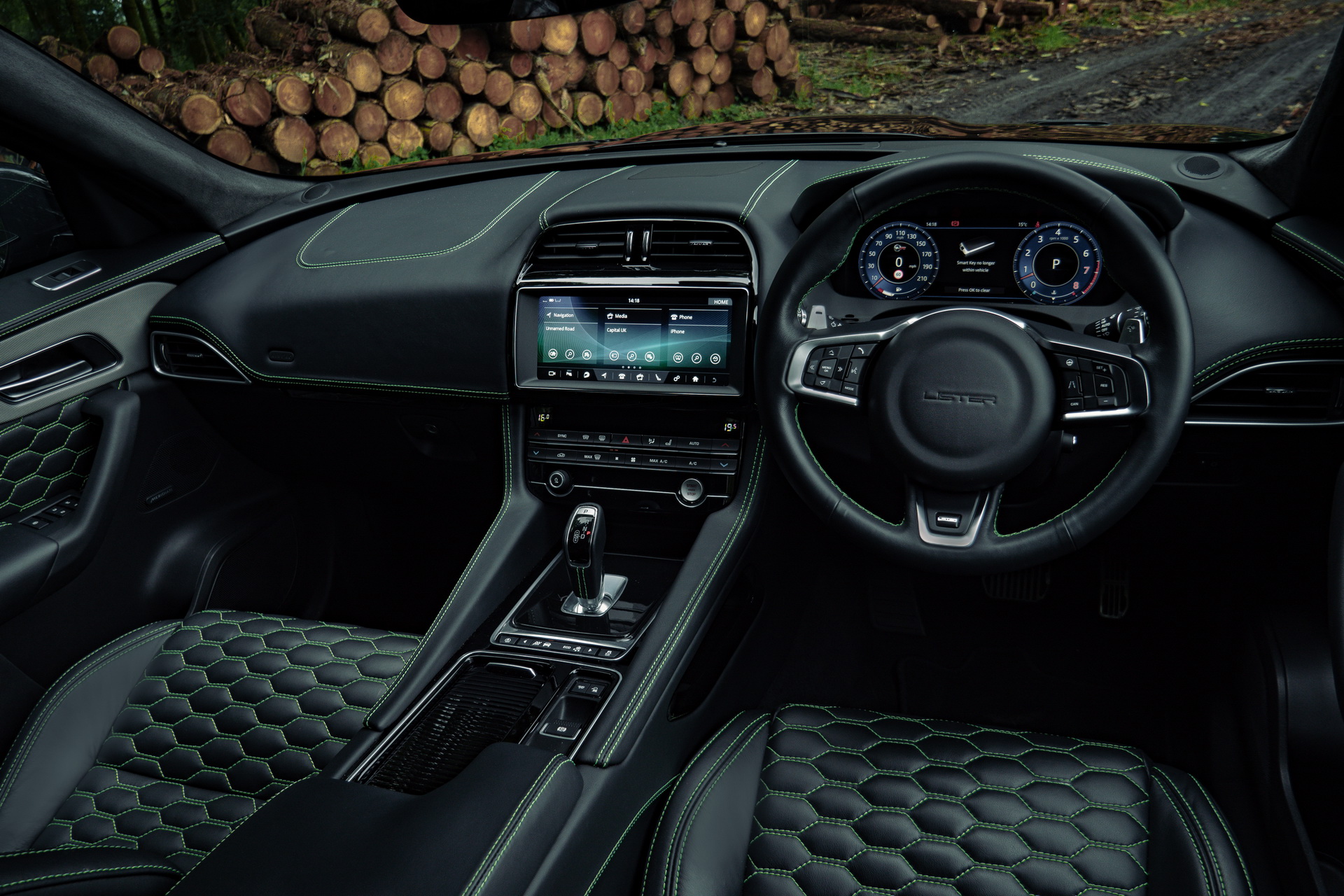 “The Stealth adds proof to its claim of being Britain’s fastest SUV after recently beating rival super SUVs – Lamborghini Urus, Aston Martin DBX and Bentley Bentayga – in a drag race at the renowned testing ground, VMAX200”, the company communicated.

The Stealth won’t go by unnoticed, as it boasts custom carbon fiber bodywork, with sculpted front and rear bumpers, wider wheel arches, new side skirts and a large rear diffuser. Contributing to the enhanced looks are the 23-inch Vossen wheels, which is the only element of the car that’s not made in the UK, according to Lister, and a stainless steel exhaust system with carbon fiber tips, while stopping power is provided by the uprated brakes.

With up to 36 individual color choices available for the interior and 90 different stitching options that cover the dashboard, sports seats, steering wheel, roof lining and seatbelts, there probably won’t be two identical Stealths out there.