Acura showed up to the Pikes Peak International Hill Climb with a 2019 NSX and two race-prepped 2021 TLX sedans, making their motorsport debuts ahead of the production model’s showroom debut on September 28.

With driver James Robinson behind the wheel, the NSX finished third in the competitive Time Attack 1 class with a 10:01.913 run – a new record for production vehicles with hybrid powertrains. Robinson bested his previous time of 10:02.448, which he set back in 2018.

Meanwhile, the two 2021 TLX sedans finished fifth and sixth in the Exhibition Class, with drivers Jordan Guitar and Justin Lumbard behind the wheel. The former set a time of 11:37.219, while Lumbard (rookie) managed a 12:10.008.

Acura also brought a third TLX to Pikes Peak to serve as the hill climb’s official Pace Car – an early development prototype for the upcoming Type S performance variant. Driving it was none other than Nick Robinson, a principal engineer for Acura and also a Pikes Peak veteran with class wins on two and four wheels. 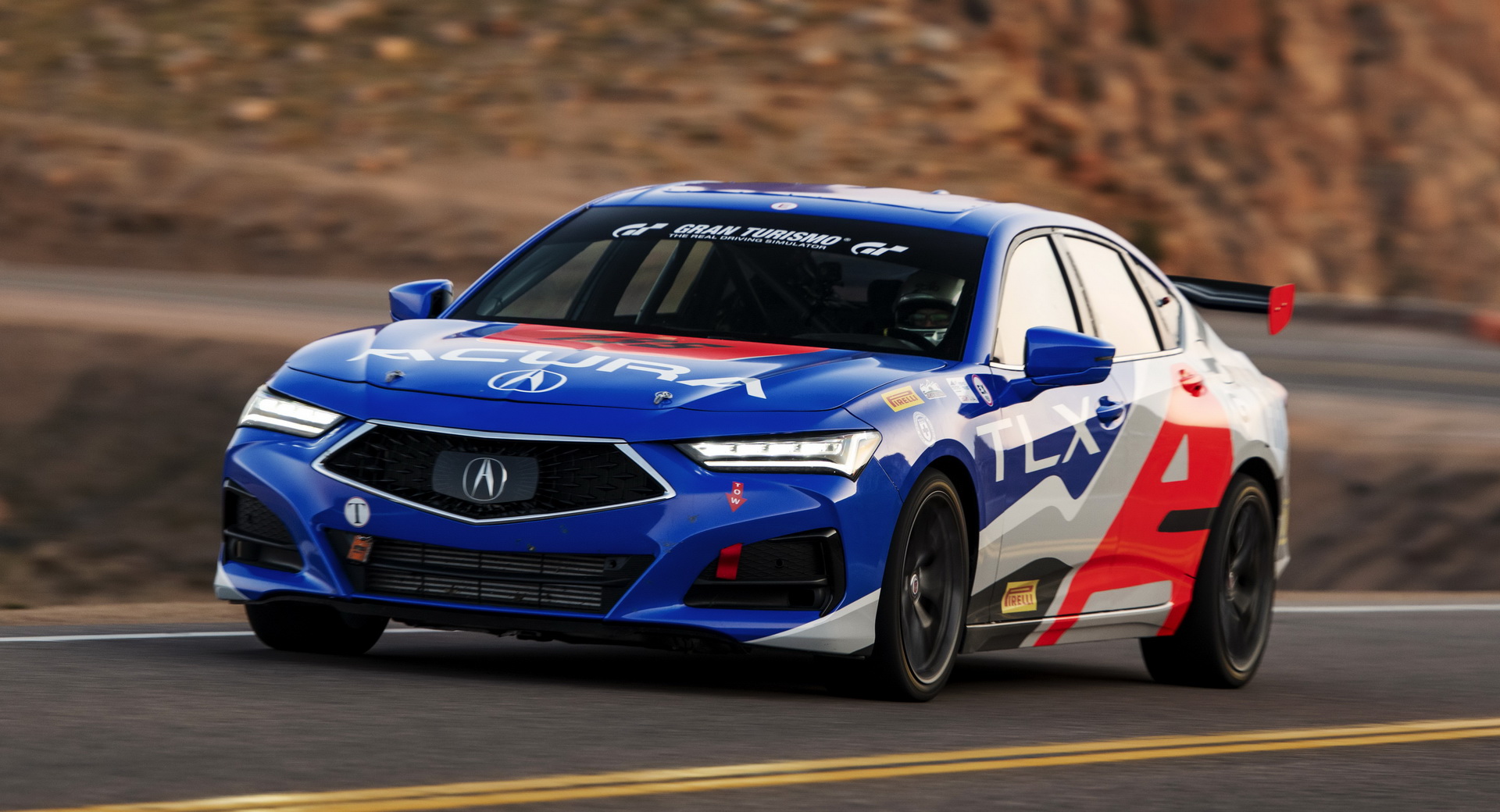 “Pikes Peak serves as a test bed for new Acura performance technologies and as an opportunity for the company’s engineers to further sharpen their performance-focused driving and engineering skills,” said the Japanese carmaker.