There’s been no shortage of rumors about the introduction of an All-Terrain variant of the next-generation Mercedes-Benz C-Class, but now, we appear to have proof in the form of what looks like the first prototype of the smaller-sibling of the E-Class All-Terrain.

Based on the upcoming replacement of the C-Class Estate, the tester clearly has an elevated ground clearance together with plastic cladding around the wheel arches and lower parts of the body, and side skirts that appear to be more pronounced. 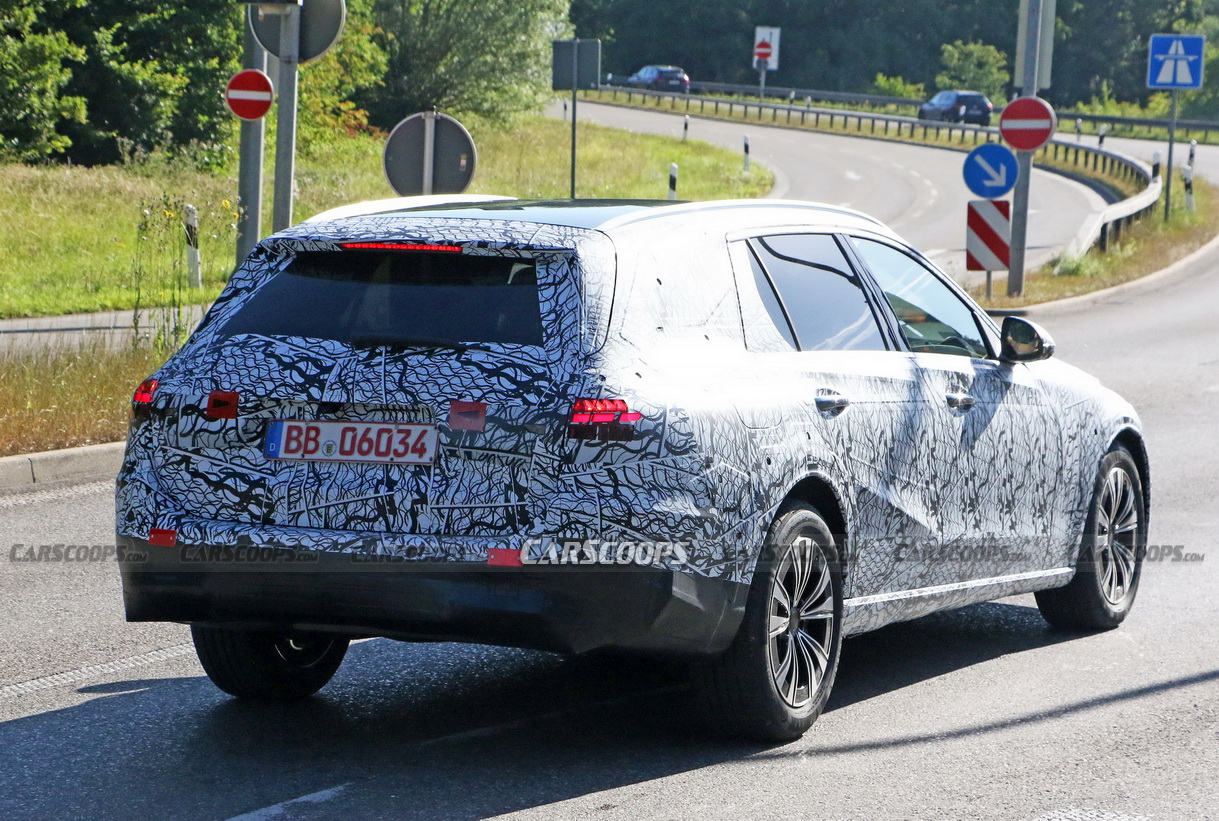 Joining the Sedan, Estate, Coupe and Cabriolet variants of the next C-Class, it takes after the larger E-Class All Terrain that will replace the regular Estate in the U.S. It’s still way too early to know if Mercedes-Benz‘s plans include a North American launch, but the crossover-ish wagons rivals will include the similar Audi A4 Allroad and Volvo V60 Cross Country.

Beyond the more rugged exterior trimmings, inside, the cabin will be dominated by the latest MBUX infotainment system, incorporated in the middle of the dashboard, much like the new S-Class in both regular and Maybach versions. The touch controls for the HVAC system, digital instrument cluster and smartphone storage space in the center console, perhaps with a wireless charging pad, as well as a selection of exclusive upholstery and trim that will further differentiate it from the regular C-Class models will be on deck.

We don’t know anything about the engine lineup at this point, but we could be looking at different options, including gasoline and diesel four- and six-cylinder power units, as well as a plug-in hybrid, depending on the market.

We expect to see the new C-Class All-Terrain making its debut towards the end of 2021.