There is an all-new Porsche 911 Turbo S out, but despite that Manhart has just completed a project based on its predecessor – and it seems to be rather impressive. 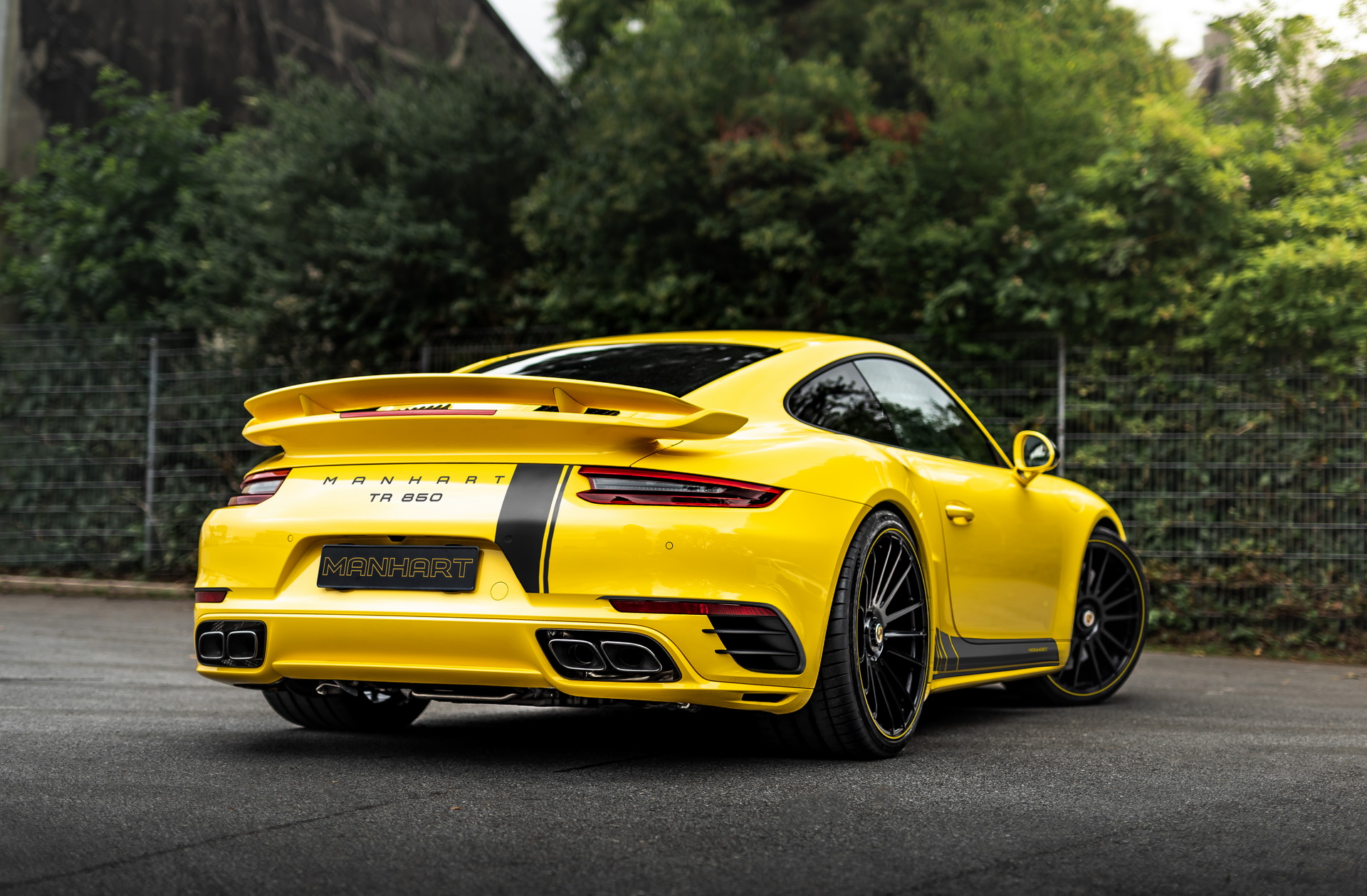 How is that possible? By tuning the twin-turbocharged, 3.8-liter flat-six with revamped turbos, new intercoolers, a sports air filter and an aluminum intake. The exhaust system, with valve control, is also new and not only contributes to the extra oomph, but also improves the soundtrack.

Enhancing the looks of the German sports car are black decals applied to the yellow body and special badging, including the ‘TR 850’ logo, which is Manhart’s moniker for the tuned 911. The Levalla LVL 1.1 multi-spoke rims measure 9×21-inches up front and 12×21 inches at the rear and are shod in 255/30 and 325/25 tires, respectively, while the ride height has been dropped by 1.2 inches (30 mm) thanks to the fitment of H&R springs.