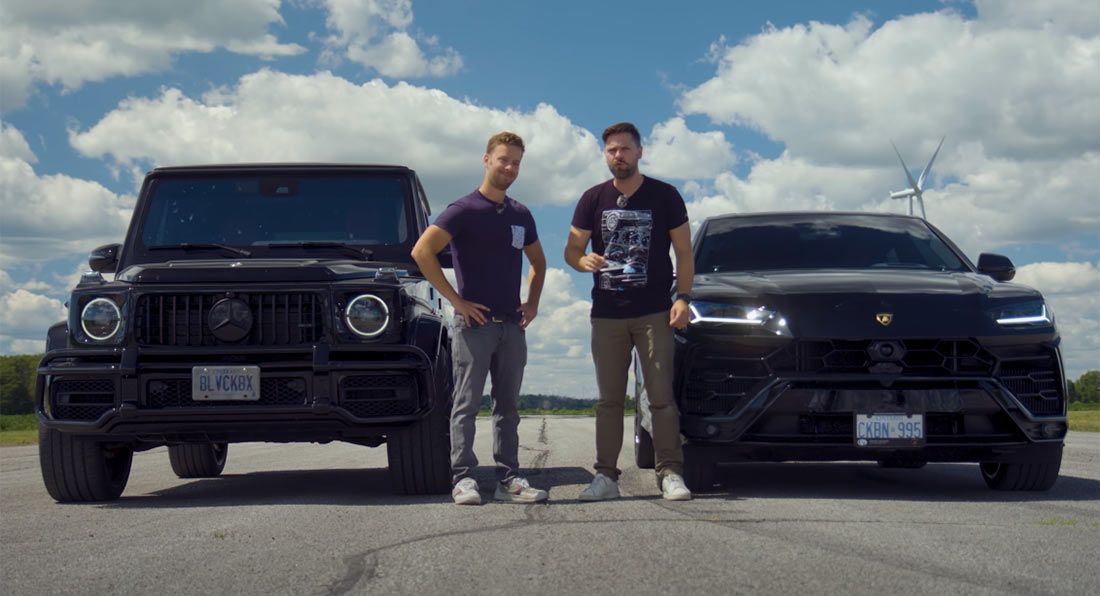 The Lamborghini Urus has proven itself to be one of the most accelerative SUVs on sale but can it out-perform a modified Mercedes-AMG G63?

To find out, Throttle House brought together a Lamborghini Urus and a Mercedes-AMG G63 for a series of drag races. However, unbeknownst to the reviewer in the Urus, this wasn’t a standard G63.

Typically, the G63 leaves the Mercedes factory with a 4.0-liter twin-turbo V8 pumping out 577 hp. That makes it exceptionally fast, particularly when you take into account its size, weight, and aerodynamics. However, no standard G63 would be able to keep up with a Lamborghini Urus, so this example has a series of upgrades, including a tune and a new exhaust system, that result in 700 hp at the wheels.

To put that into perspective, the 4.0-liter twin-turbo V8 of the Urus produces a total of 641 hp, but that figure is at the flywheel, not the wheels. In all likelihood, it has about 550 hp at the wheels, giving the G63 a significant power advantage.

In a drag race from a standing start, the tuned G63 simply can’t compete with the Urus. A key reason for that is the fact that it doesn’t have a launch control system like the Lamborghini and simply can’t get off the line as fast.

Will the extra power enjoyed by the G-Wagon be enough to defeat the Urus in a rolling drag race? Watch the following video and find out.