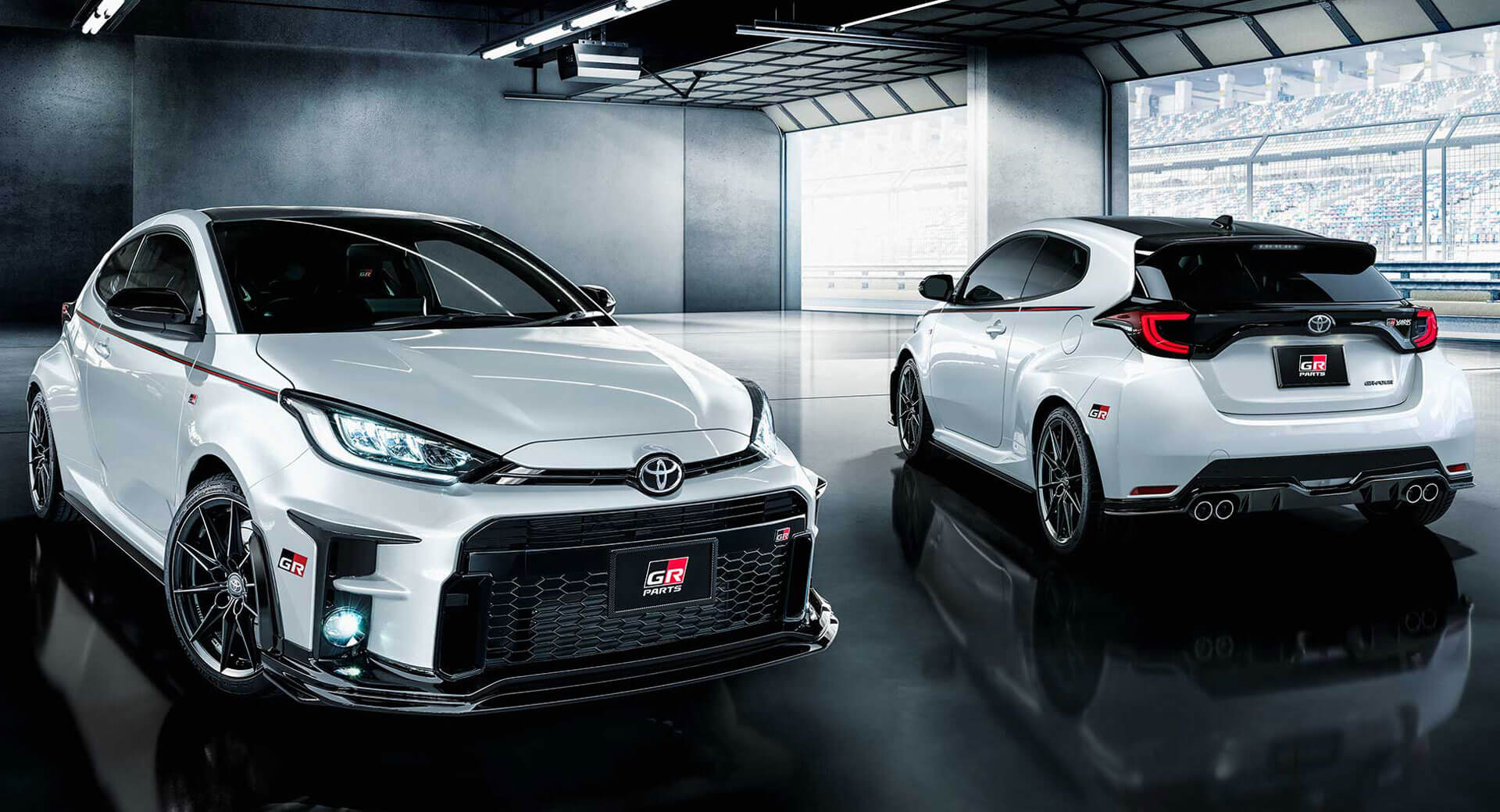 With the first units of the GR Yaris set to be delivered in late 2020 and early 2021, Toyota’s Gazoo Racing division has launched a selection of upgrades for the mean little hot hatch in Japan.

The most striking part is the new body kit that consists of the front and rear spoiler extensions, side skirts and sporty quad exhaust pipes. Special stripes, GR logos, carbon fiber license plate frames and valve caps are also available, alongside a front strut tower bar with red edges.

Video: Discover What The New 268 HP Toyota GR Yaris Is Like On The Track

A host of visual upgrades are available inside and they include the carbon fiber-like inserts for the dashboard and door cards, exclusive floor mats and luggage compartment map. There is also a data recording device that can be plugged into the USB port, allowing drivers to read the information by using a dedicated app.