Kia has released a host of new images of the 2021 Kia Sorento for the Australian market, while also announcing pricing and powertrain details.

In Australia, two engines will be on offer. The first is a 2.2-liter Smartstream four-cylinder diesel engine that produces 198 hp and 324 lb-ft (440 Nm) of torque. This engine is coupled to an eight-speed wet double-clutch transmission. Aussie customers will also be able to buy the new Sorento with a Smartstream 3.5-liter V6 petrol engine with 268 hp and 245 lb-ft (332 Nm) of torque.

Read More: Kia Drops A Boatload Of New Photos And Information On 2021 Sorento

In the United States, the 2021 Sorento is available with a new hybrid 1.6-liter turbocharged four-cylinder that features a 44.2 kW electric motor and a 1.49 kWh lithium-ion battery pack. It produces a total of 227 hp and 258 lb-ft (350 Nm) of torque and features a six-speed automatic transmission. The North American market will also be offered a 2.5-liter T-GDI engine producing 277 hp and 310 lb-ft (421 Nm) of torque. 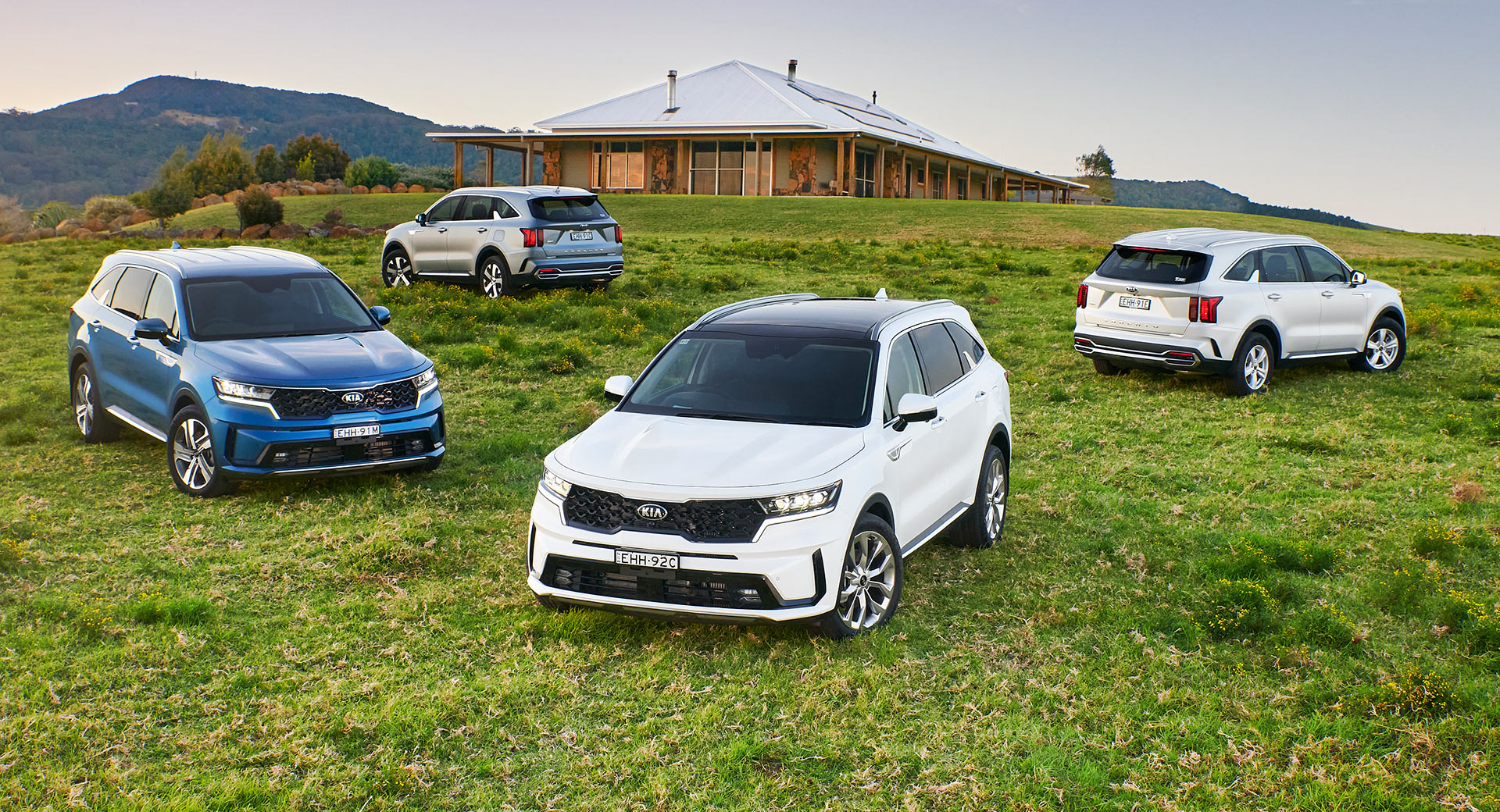 These new photos provide us with a detailed look at the SUV’s head-turning exterior and interior designs. Kia says its designers were inspired by the concept of ‘refined boldness’ when creating the new Sorento. As such, the vehicle uses Kia’s trademark tiger nose grille and also features ‘tiger eye’ LED daytime running lights. The rear is also a dramatic departure from the previous-generation Sorento thanks in part to the presence of vertical taillights inspired by the Telluride.

Inside, key upgrades include a 12.3-inch digital instrument cluster that works alongside a 10.25-inch touchscreen infotainment and navigation system.