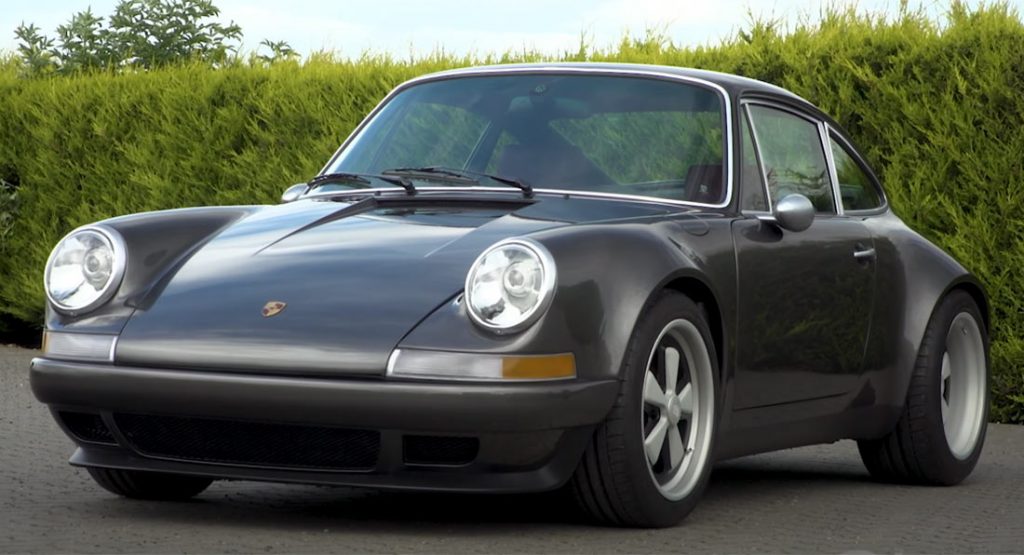 While Singer is the leader in Porsche 911 restomods, a lesser-known, UK-based company by the name of Theon Design builds fabulous 911 restomods of its own – and for less money to boot.

The small company takes 964-generation 911s that were built by Porsche in the late 1980s and early 1990s. Much like Singer, Theon Design outfits the cars with a number of modern components while maintaining the classic design and characteristic 911 driving experience.

Tiff Needell from Lovecars recently had the opportunity to test out one of the latest 911s created by Theon Design. This particular example has seen its naturally-aspirated six-cylinder engine bored out from 3.6-liters to 3.8-liters and been fitted with a new bottom end, bigger valves, and larger capacity fuel injectors. It even has individual throttle bodies and rather than 250 hp, now pumps out closer to 370 hp.

Elsewhere, Theon Design has outfitted this car with the front brakes from a 964 Turbo as well as enlarged rear brakes and a new master cylinder. The suspension has also been lowered and the sports car benefits from a wider track. It even has adjustable coilovers and stiffer sway bars, dramatically improving the handling and performance.

Some stunning work has also been done to the exterior of the car, including the fitment of new headlights, brushed chrome wing mirrors, 17-inch Fuchs-style wheels and flared wheel arches. Theon has also made a nice ducktail spoiler and quad tailpipes.