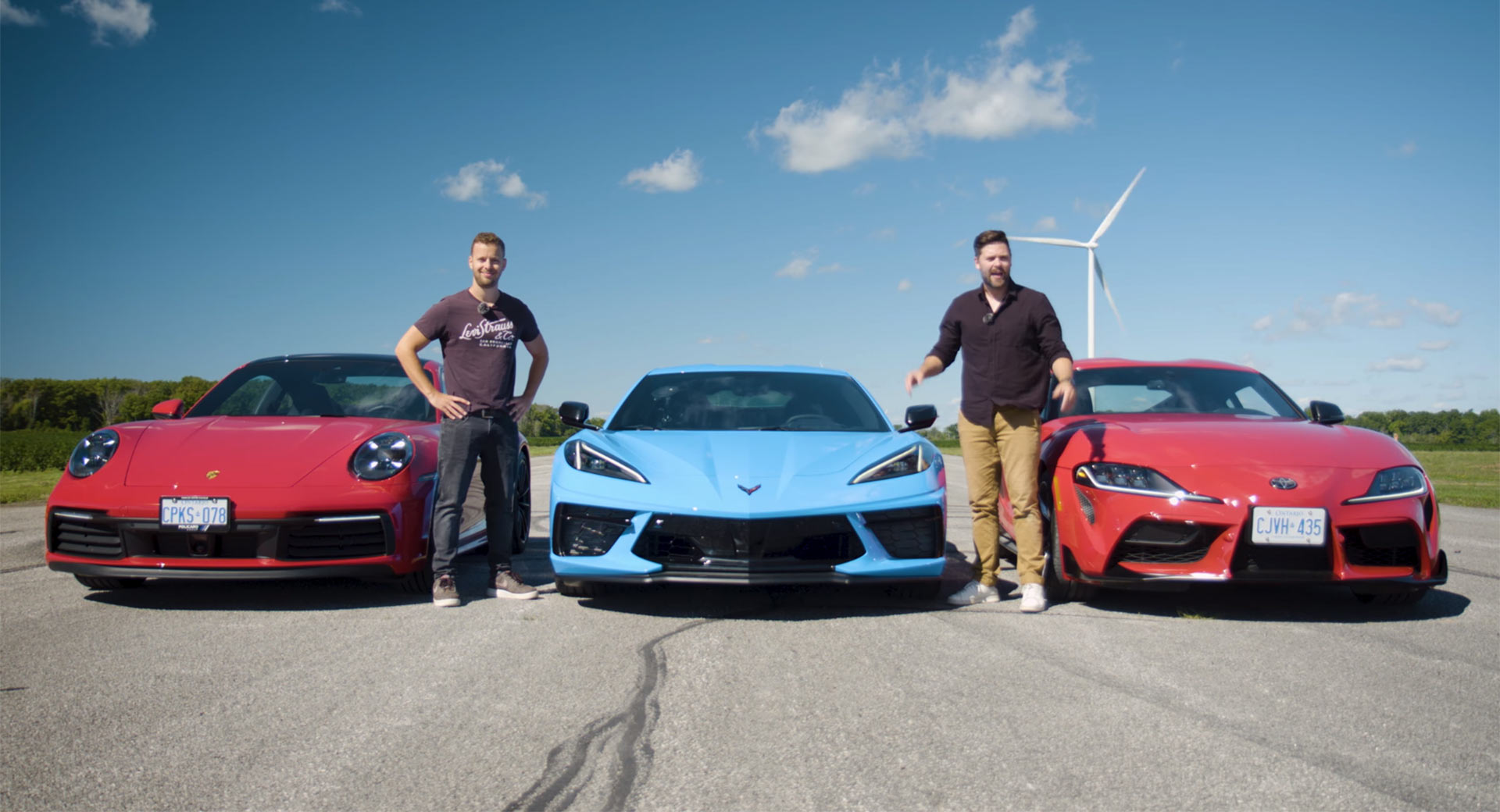 If you were looking for the quickest-accelerating car out of these three, would you choose a C8 Corvette, a 2021 Toyota Supra, or a 992-generation Porsche 911 Carrera S?

Before we go any further, it’s worth mentioning that the Supra isn’t in the same class as the Corvette and the 911. Not only is it cheaper, but it is also significantly less powerful than the other two. Consequently, this is essentially a two-horse race.

Watch Also: This Rapid Blue C8 Corvette Convertible Is One Of The First To Be Delivered

By comparison, the C8 Corvette Stingray is powered by a 6.2-liter naturally aspirated V8 with 495 hp and 470 lb-ft (637 Nm) of torque, which gives it a clear advantage over the Porsche. It too uses an eight-speed dual-clutch transmission that drives the rear wheels and tests have proven it can reach 60 mph in less than 3.0 seconds.

So, in theory, the ‘Vette should have the upper hand, right? Well, the guys from Throttle House performed two drag races, as well as one from a rolling start, to see if the theory translated in the real world – but we won’t spoil the outcome for you.