Used Chevrolet Colorados aren’t very exciting, but this isn’t your typical pickup truck. Instead, it’s a highly customized roadster that was created by Kentucky’s Cool Cars.

Set to be auctioned off by Mecum in November, this 2005 Colorado is bound to turn heads as it features a chopped windshield, suicide doors and an open cockpit.

If that wasn’t interesting enough, the truck has also been equipped with a billet grille, shaved door handles and 22-inch wheels and sports a custom paint job as well as a tailgate that has been welded shut. The latter limits the truck’s practicality, but the bed is open and provides a look at the rear end as well as the air ride kit.

Also Read: This Custom ’67 C-10 Pickup Is Chevy’s 100th Birthday Present To Itself 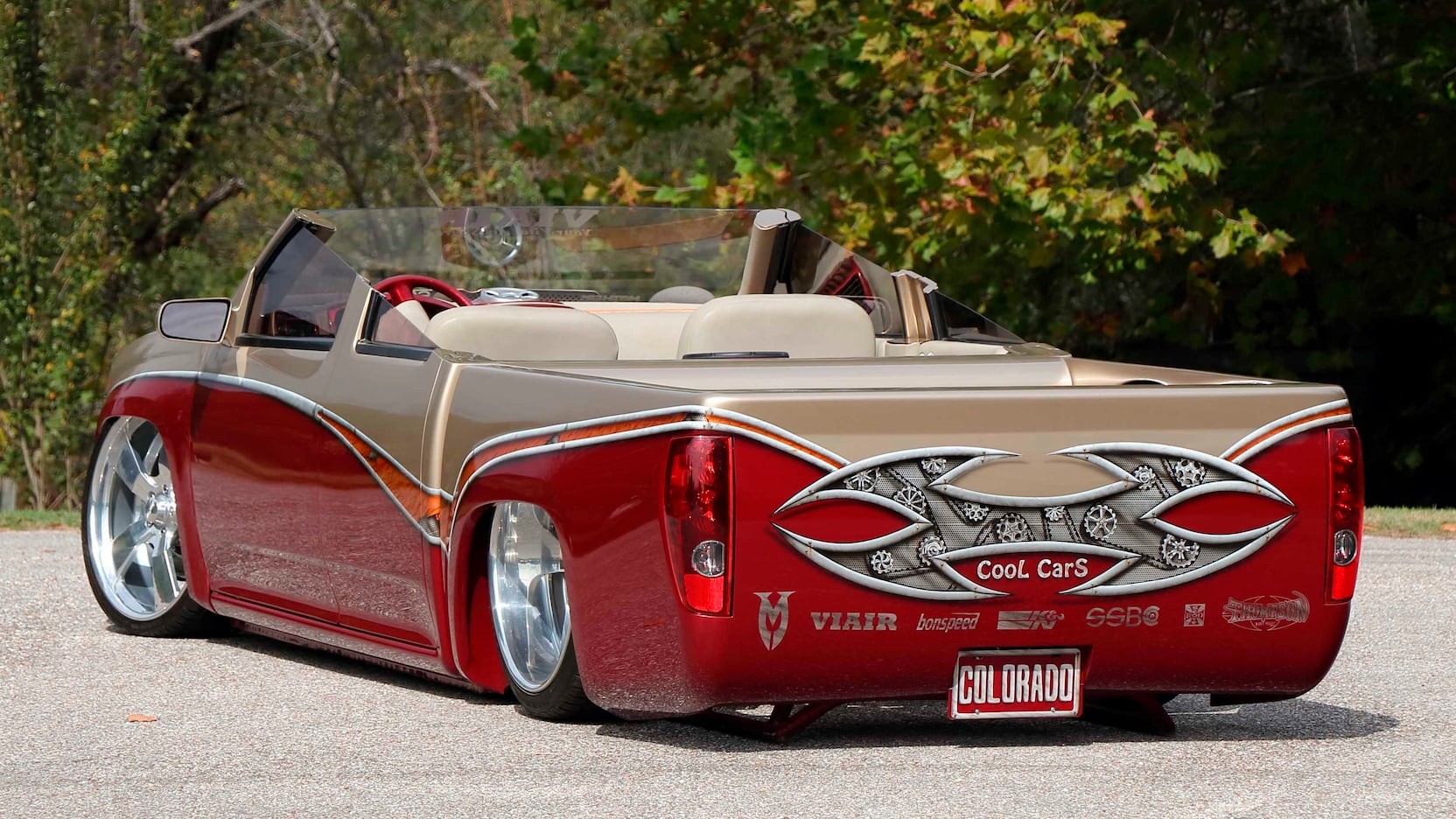 The listing is light on performance specifications, but the truck appears to feature a 3.5-liter five-cylinder that has been outfitted with a K&N air intake. If that’s the case, it likely produces a tad more than the stock model’s 220 hp (164 kW / 223 PS) and 225 lb-ft (305 Nm) of torque.

The listing doesn’t mention an estimated price, but a posting from a previous auction suggested it could go for between $75,000 – $100,000.