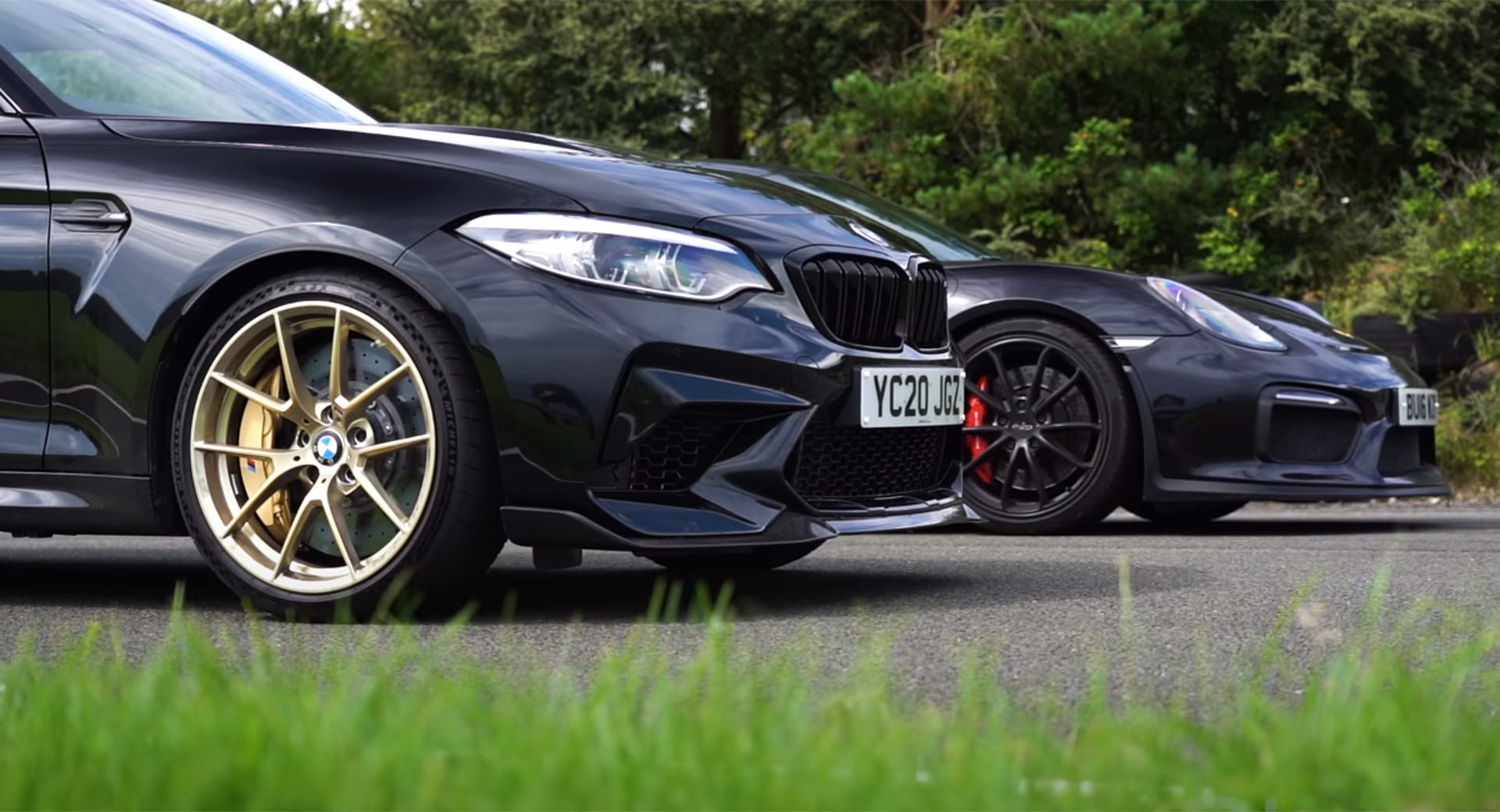 While supercar manufacturers continue to engage in a seemingly never-ending horsepower war, it’s good to know that there are still some sports cars that aren’t all about on-paper performance but are instead focused on driving thrills. Take the BMW M2 CS and Porsche Cayman GT4, for example.

While the M2 CS and the Cayman GT4 represent the flagship variants of their respective bloodlines, they are not solely focused on crazy output numbers and lap times. Instead, they offer just the right amount of power that can actually be used on the street. However, performance cannot be overlooked, which begs the question which of the two is the fastest.

To find out, Lovecars recently conducted a drag race between the M2 CS and the Cayman GT4. It’s worth pointing out the GT4 featured is the 981-generation model and not the latest iteration. Nevertheless, it is an absolute pleasure to drive.

Watch Also: The BMW M2 CS And Jaguar F-Type Are More Evenly Matched Than You May Think

As the M2 CS uses a 3.0-liter turbocharged inline-six with 444 hp and 406 lb-ft (550 Nm) of torque, it has a significant power advantage over the Cayman GT4 that is powered by a naturally aspirated 3.8-liter flat-six with 380 hp and 310 lb-ft (420 Nm). Both are rear-wheel drive and are fitted with six-speed manual transmissions.

In theory, then, the M2 CS is faster than the Cayman GT4, so did it manage to beat the Porsche in a straight line?