Earlier this week, Mansory announced tuning packs for several Ferraris, Porsches and Audis, and now, they have unveiled their take on the Cayenne SUV and Cayenne Coupe.

As you’ve already seen in the opening image, they are just as flashy and controversial as expected, with their bright paint jobs, carbon fiber body kits and modified interiors.

Marketed under the Mansory Switzerland sub-brand, alongside the Range Rovers and BMWs, the two Cayennes feature carbon fiber bonnets, front air intakes, aprons, rear diffusers, wings and side attachments, such as the wheel arch extensions. Rounding up the looks on the outside are the 10.5×23-inch wheels, finished in matte black and wrapped in 315/25 Continental Sport Contact 6 tires. 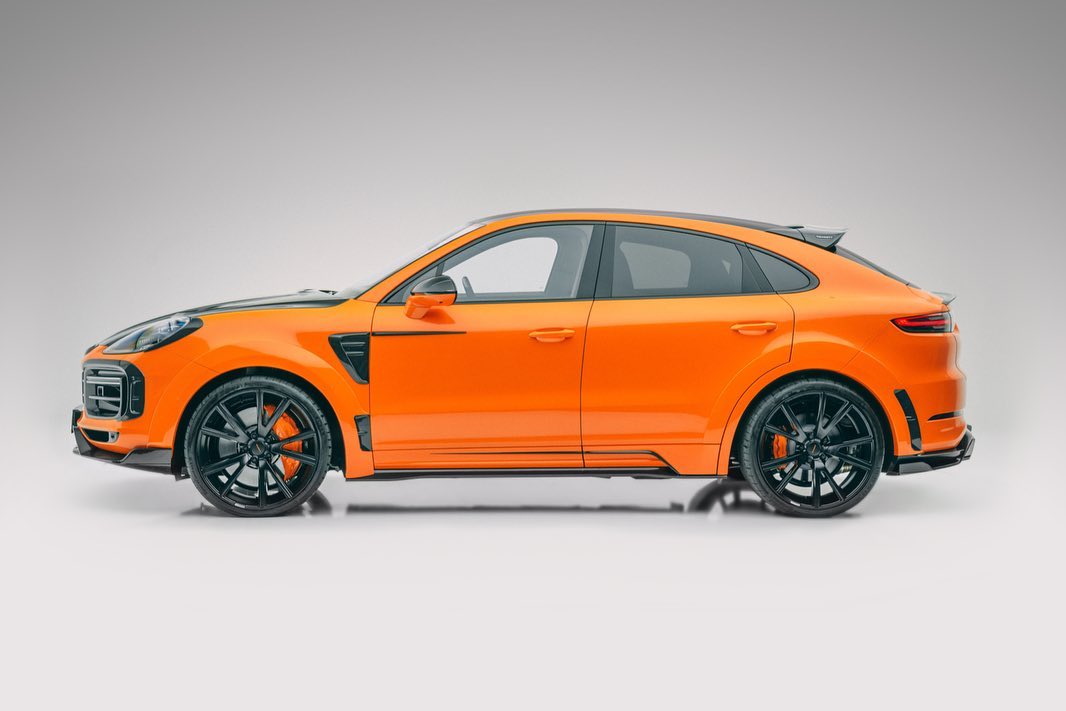 Reupholstered in fine leather with contrast stitching, the cockpit of the tuned high-rider features diamond-shaped stitching, with the rhombuses being found on the floor mats as well. The Alcantara roof liner, aluminum pedals and several carbon fiber inserts complete the design.