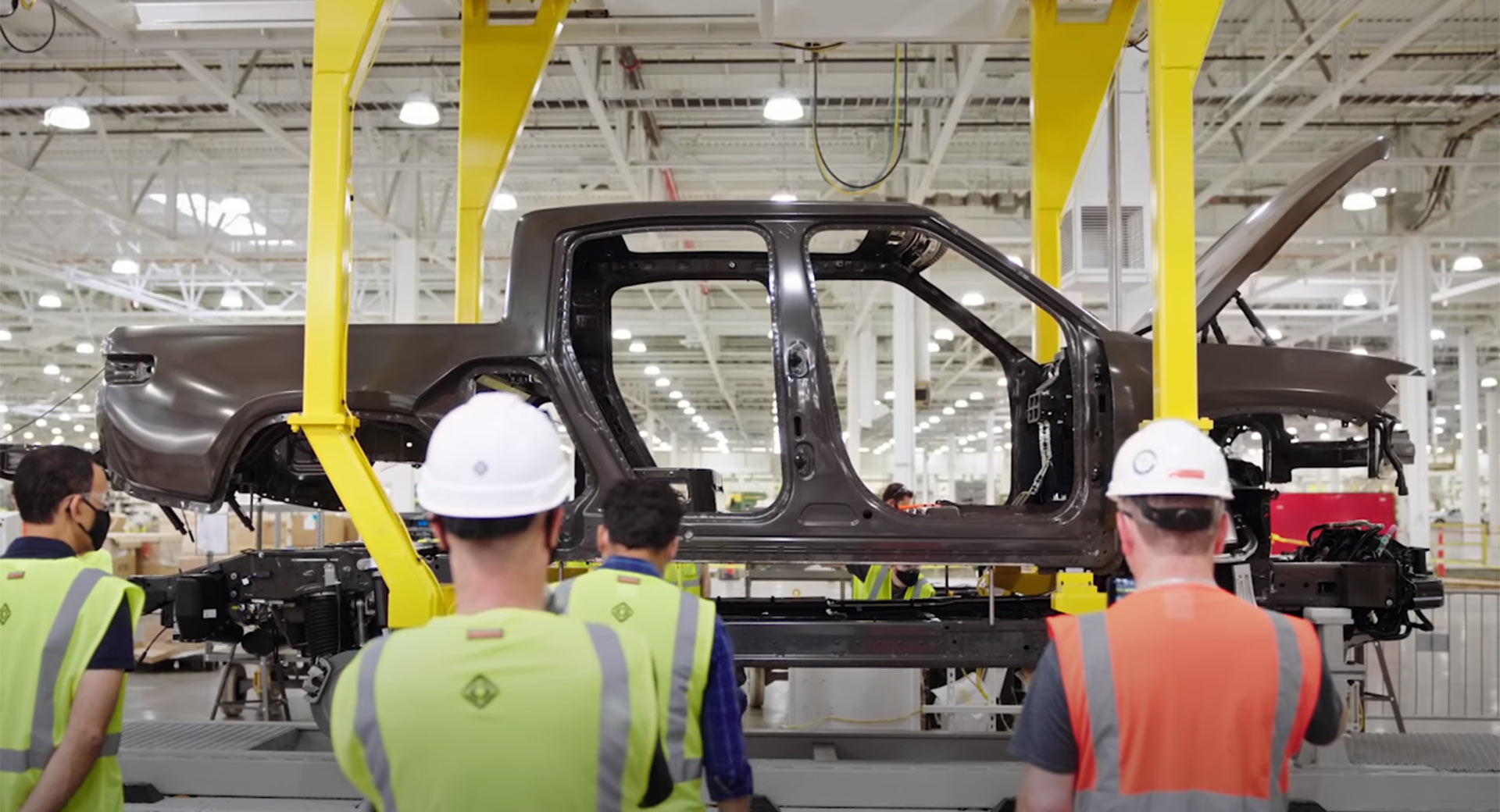 Creating a car company and actually bringing vehicles to the market is no easy feat, as many startups have found out. However, in Normal, Illinois, Rivian is progressing with its plans to launch the all-electric R1T and R1S next year.

In a new video posted online by the company, we are provided with a look at its factory that is currently building pre-production prototypes of the R1T pickup truck.

During this early stage of production, we can see that Rivian’s employees play a significant role in the assembly of each prototype. However, when the factory is fully kitted-out, robots will play a much more crucial role in the production process to ensure that the R1S and R1T are built quickly while still being up to the company’s quality standards.

The facility in Normal being used by Rivian dates back to the Chrysler and Mitsubishi joint venture Diamond-Star Motors. Mitsubishi ultimately closed this factory in 2015 before Rivian stepped in to save it two years later.

Rivian had planned on delivering the first examples of the R1T before the end of the year, but due to the coronavirus pandemic customer deliveries have been delayed until June 2021. While this delay may have upset some buyers, it will give the car manufacturer some extra time to develop and ensure the R1T is perfect by the time it reaches the hands of customers. Rivian expects to commence deliveries of the R1S SUV in August 2021.