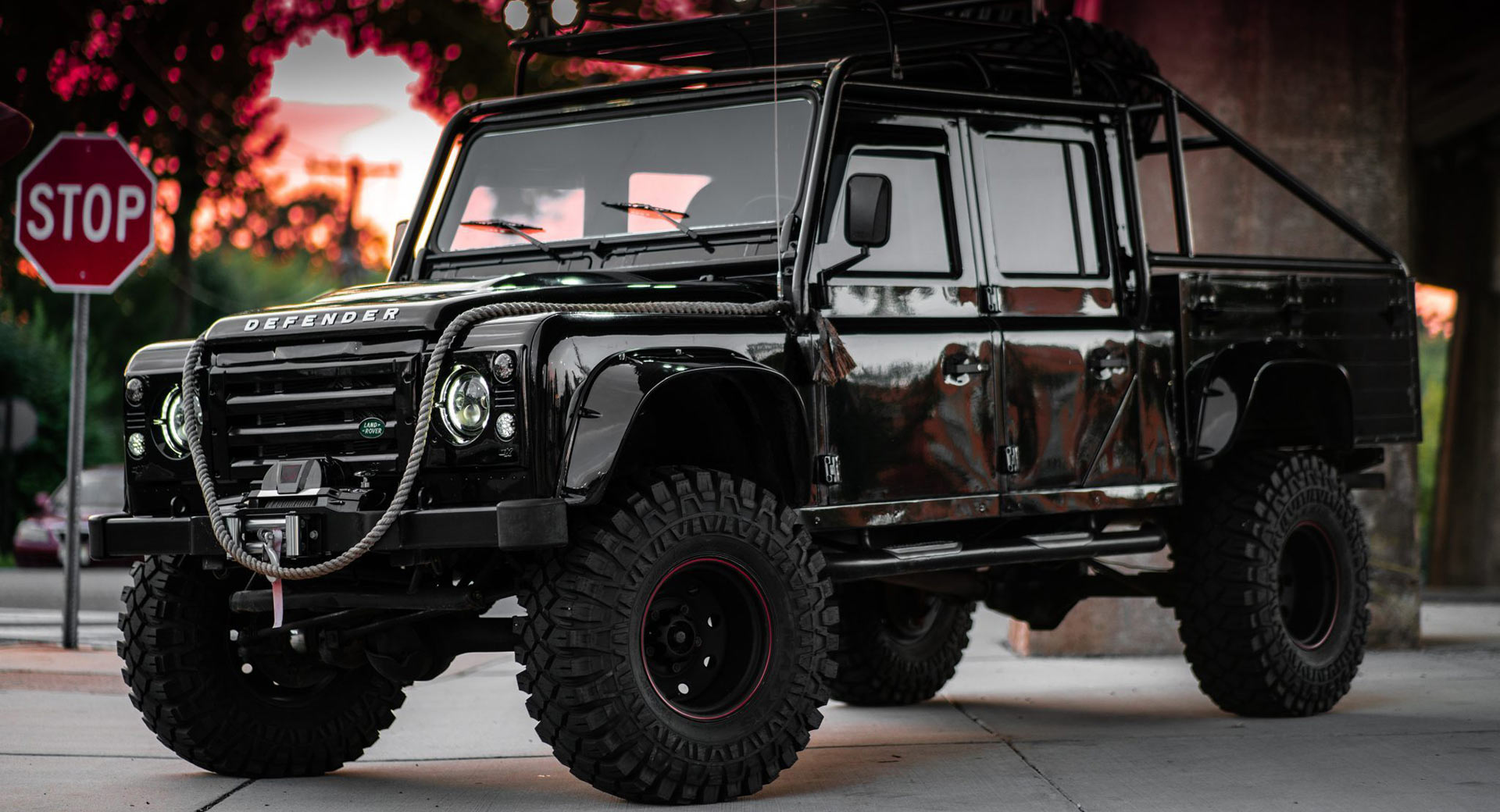 A Land Rover Defender with a very interesting history is currently up for auction and looks ready to tackle even the most treacherous terrain.

This 1993 Defender was delivered new to the Turkish military before being acquired by its first private owner in 2003. The seller purchased the vehicle in June 2019 and set about comprehensively modifying it to mimic the Defenders used in the James Bond Spectre blockbuster.

Consequently, the off-roader is painted in Santorini Black and has been equipped with fender flares, an aftermarket front bumper with an integrated winch, a KBX grille, roof rack with auxiliary lighting, smoked taillights and LED headlights. It also features a rope draped over the hood, much like the Defenders used in Spectre.

The customized Defender also sports 16-inch black steel wheels with 37-inch Maxxi Crawler tires, has been raised four-inches with modified suspension components, and has a cage over the bed.

Further modifications have been done inside. For example, there are black leather sport seats with red piping, the headliner and carpets have been replaced and a new air conditioning system, Webasto heater, and MDX double-din touchscreen have been installed along with a heated windshield.

Powering the off-roader is a 3.5-liter V8 mated to a five-speed manual transmission that recently had the clutch replaced.

The Bring A Trailer listing reveals the Defender was imported into the United States in February 2020 and has 114,000 km (~69,000 miles) on the clock. It is being sold at no reserve with a clean New Jersey title and the auction ends in two days.