The Porsche Cayenne isn’t exactly the first car that comes to mind when you hear about tuning, but this hasn’t stopped Nebulus from tweaking its looks and giving it a jaw-dropping amount of power.

Watch Also: Is The New 2019 Porsche Cayenne Turbo Worth The Wait? 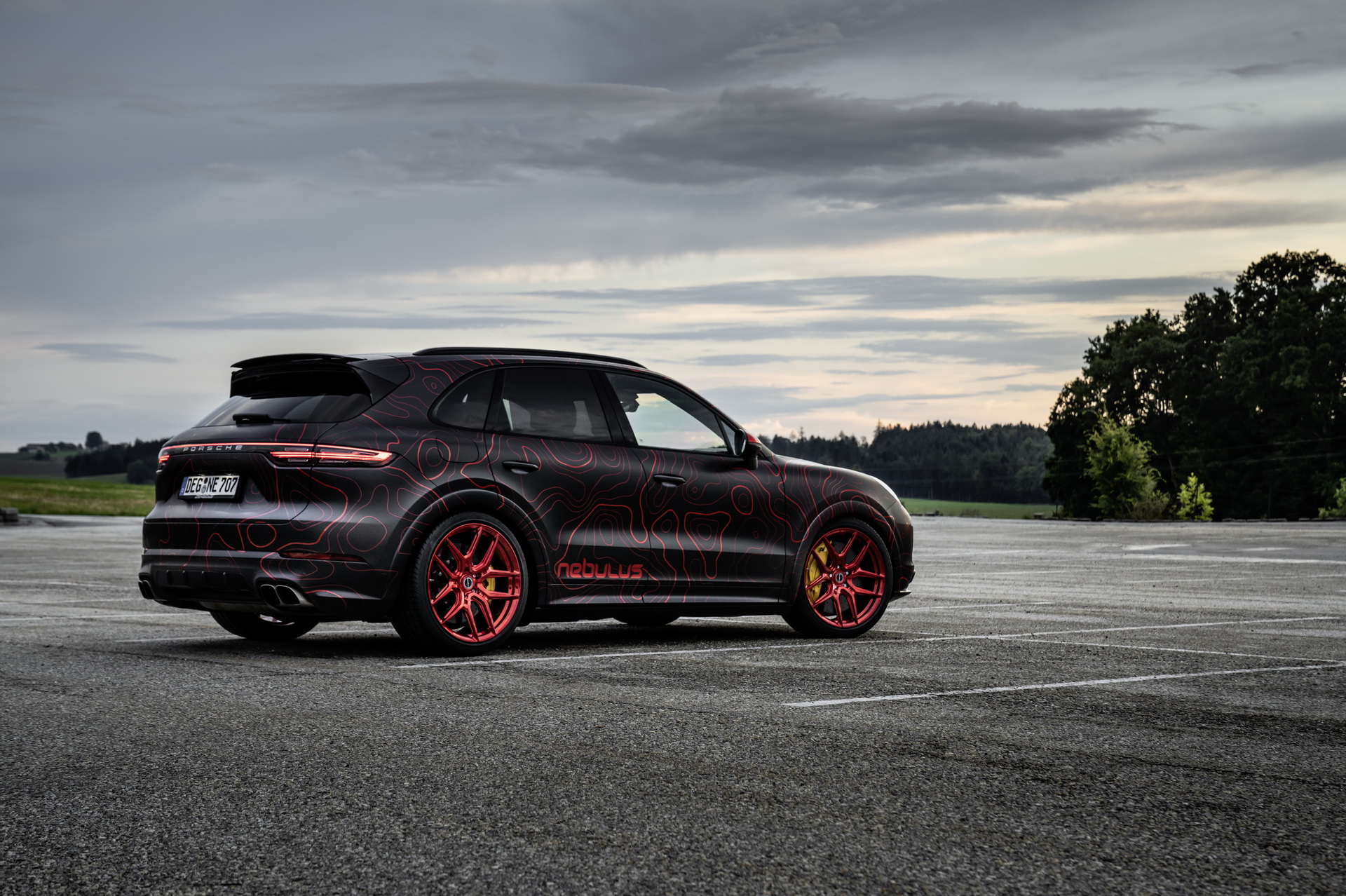 The tuner hasn’t released any performance numbers, saying only that the V-max limiter has been removed, but the stock model does the 0-62 mph (0-100 km/h) in 3.9 seconds when equipped with the optional Sport Chrono Package and tops out at 178 mph (286 km/h).

As for the flashy looks of the build, it takes about a week to complete this type of wrapping. In this case, they started with a white-finished car and wrapped it in Obsidian matte black. Subsequently, they added another layer of Ruby red vinyl, in different thicknesses and with a special pattern that was created by Hajo Lemke at 811 Design in Erftstadt. The red Y-spoke alloy wheels match the red pattern, and only the yellow brake calipers provide a shy contrast to the exterior.

Nebulus’ latest project reminds us of their tuned Audi RS7 presented last month, which boasts similar upgrades and has joined the tuned Cayenne in the photo shoot.