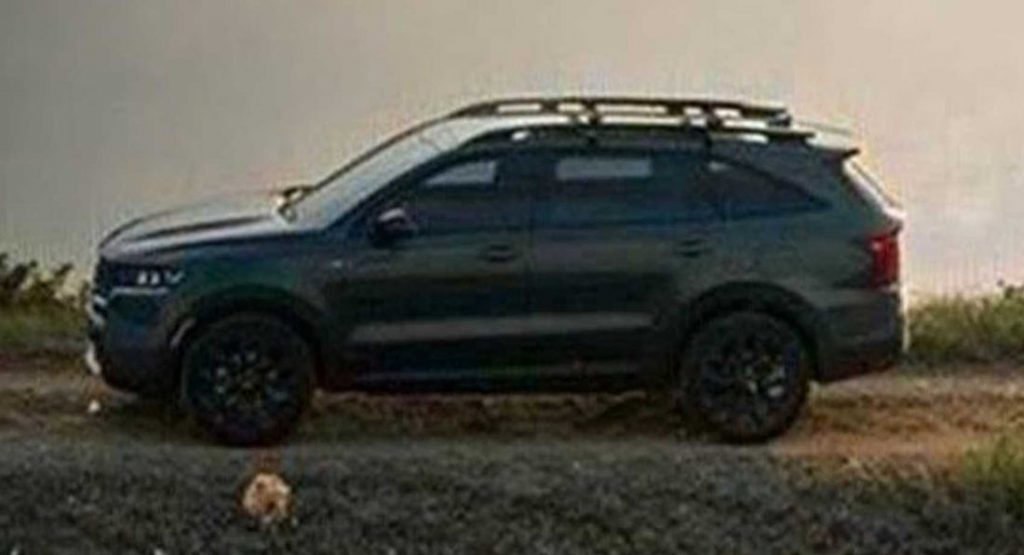 Kia has teased the U.S. spec Sorento ahead of its premiere on September 22. Interestingly, these two teasers preview an off-road-oriented model dubbed the X-Line.

The first of the teaser images is grainy but shows off the side profile of the Sorento X-Line, while also showcasing a unique shade of green. Meanwhile, key parts of the X-Line spec include black wheels and black roof rails.

The second teaser image gives us an up-close look at the X-Line badge on the front quarter panel.

Kia has already showcased the new Sorento in various markets around the world, including Europe, the UK, and Australia. For the most part, the SUV will look exactly the same in the U.S., albeit for the necessary inclusion of the U.S. style turn signals. 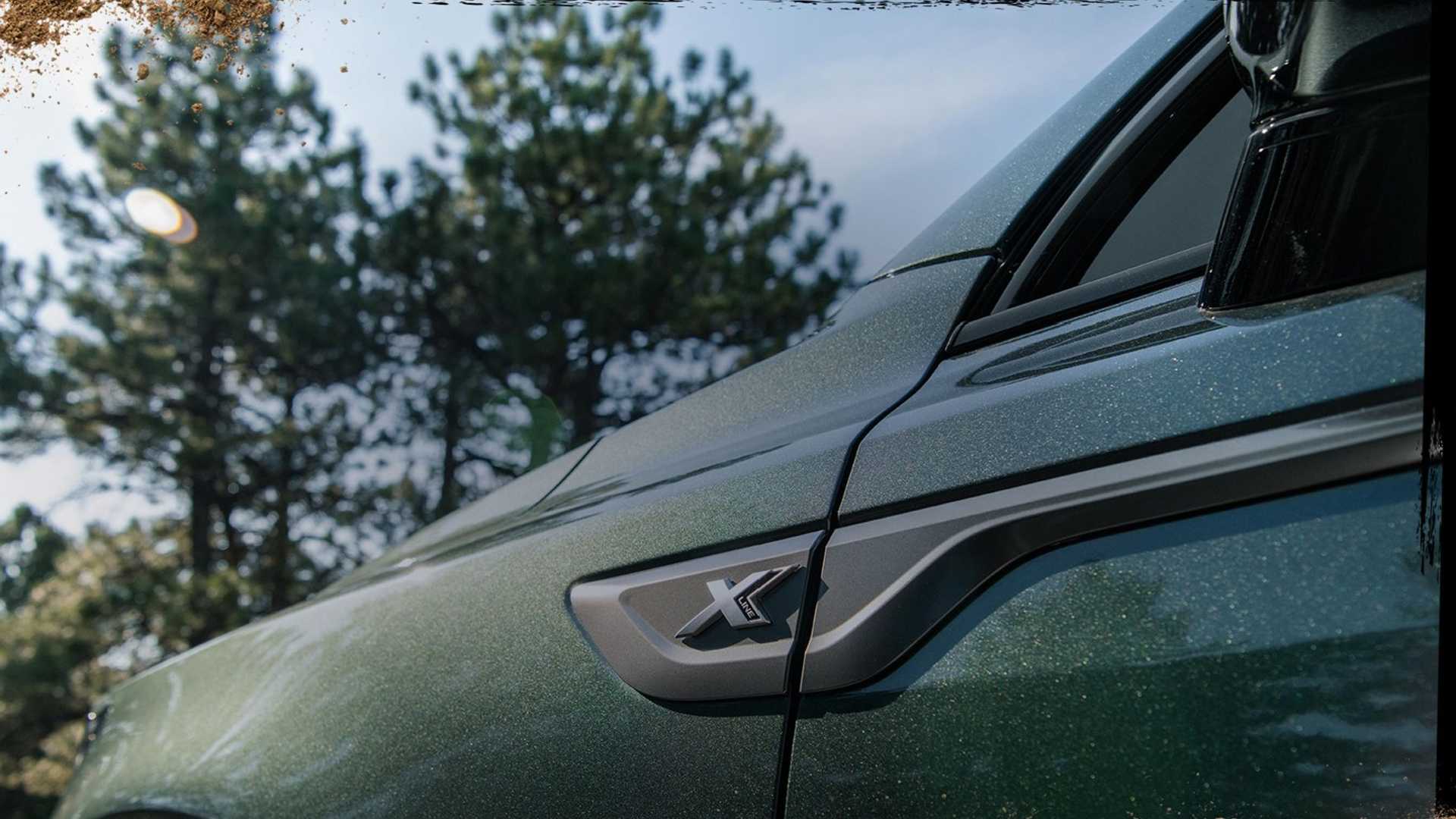 The new Sorento has a much more angular appearance than the previous-generation model and an improved road presence. The front is particularly striking thanks to a tiger-nose grille and sharp headlights with incorporated LED daytime running lights.

At least two powertrains will be offered in the United States. The first is set to be Kia’s new Smartstream hybrid that features a 1.6-liter turbocharged petrol four-cylinder working alongside a 44.2 kW electric motor and a 1.49 kWh lithium-ion polymer battery pack. This unit is good for 227 hp and 258 lb-ft (350 Nm) of torque and is coupled to a six-speed automatic transmission.

U.S. buyers will also have the option of a 2.5-liter T-GDi with 277 hp and 310 lb-ft (421 Nm) of torque, mated to an eight-speed dual-clutch transmission. A naturally-aspirated engine might also be offered.