With the all-new S-Class out in the open, Mercedes-Benz can now focus on completing development of its other flagship, the EQS electric luxury sedan.

Prototypes have been spotted multiple times undergoing testing, but this is the first time we get to see the Mercedes EQS on the Nürburgring Nordschleife for some high-speed testing.

Coincidence or not, our photographers snapped the EQS on the same day that one of its main rivals, the Audi e-tron GT, also made its Nürburgring debut. Compared to the previous sighting, there doesn’t seem to be any change in the camouflage, with the EQC still fully wrapped in foil. Though partially covered, the headlights and taillights are in production spec, and it looks like the latter will be joined by an LED strip – a feature also present on the EQC electric SUV. 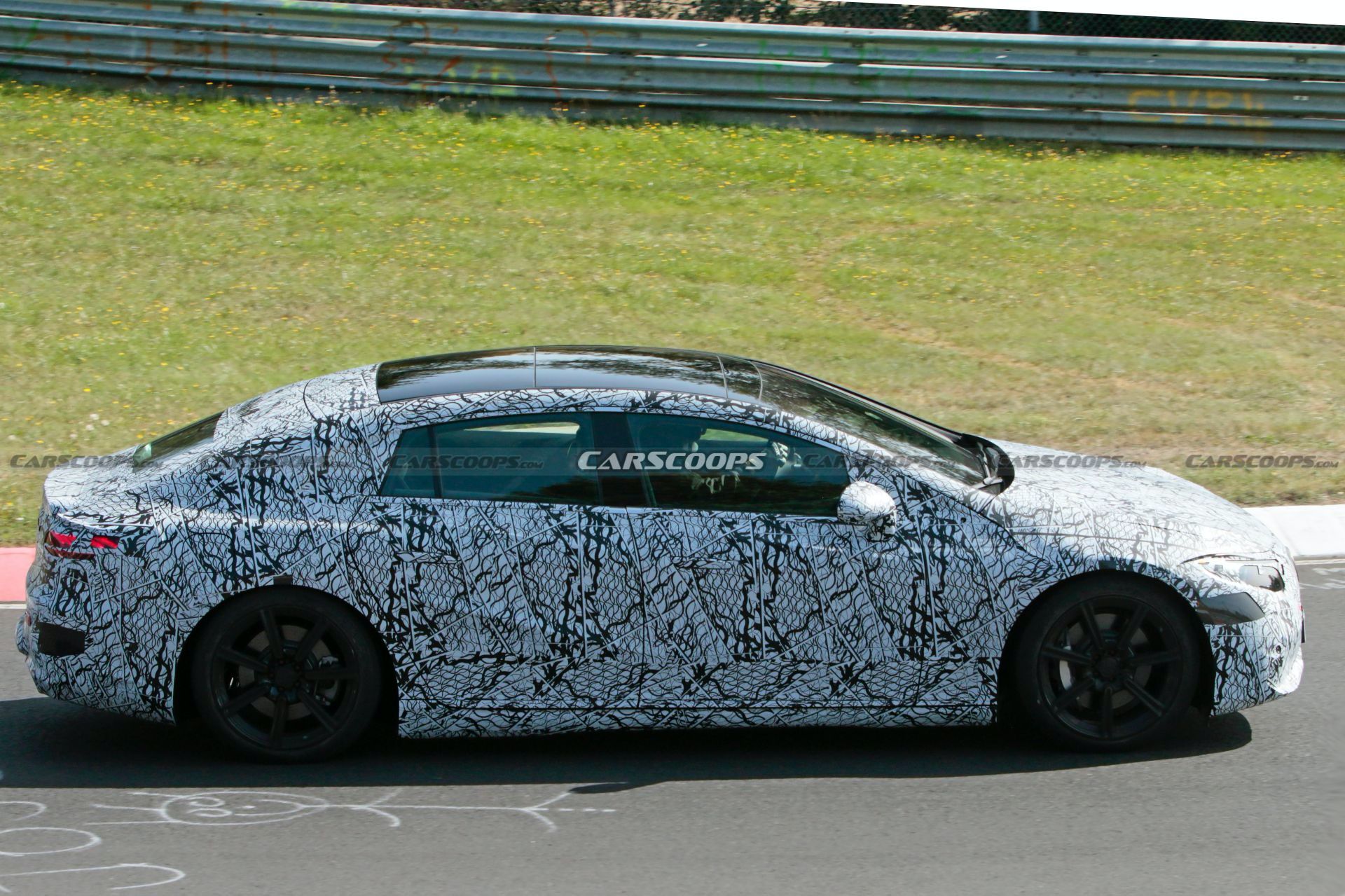 These photos do not offer a look inside but a previous set of spy shots revealed a very similar tech-laden interior to the 2021 S-Class. Unlike the S-Class sedan, however, the EQS is a five-door fastback with a coupe-like profile, frameless doors and a bigger trunk opening.

Mercedes’ all-electric flagship uses the latest version of the Modular Electric Architecture (MEA), with power expected to come from dual electric motors. One will be mounted on the front axle and the other on the rear axle, giving the EQS an electric all-wheel-drive layout. All-wheel-steering will also be a part of the package, and you can see it in action in some of these photos. 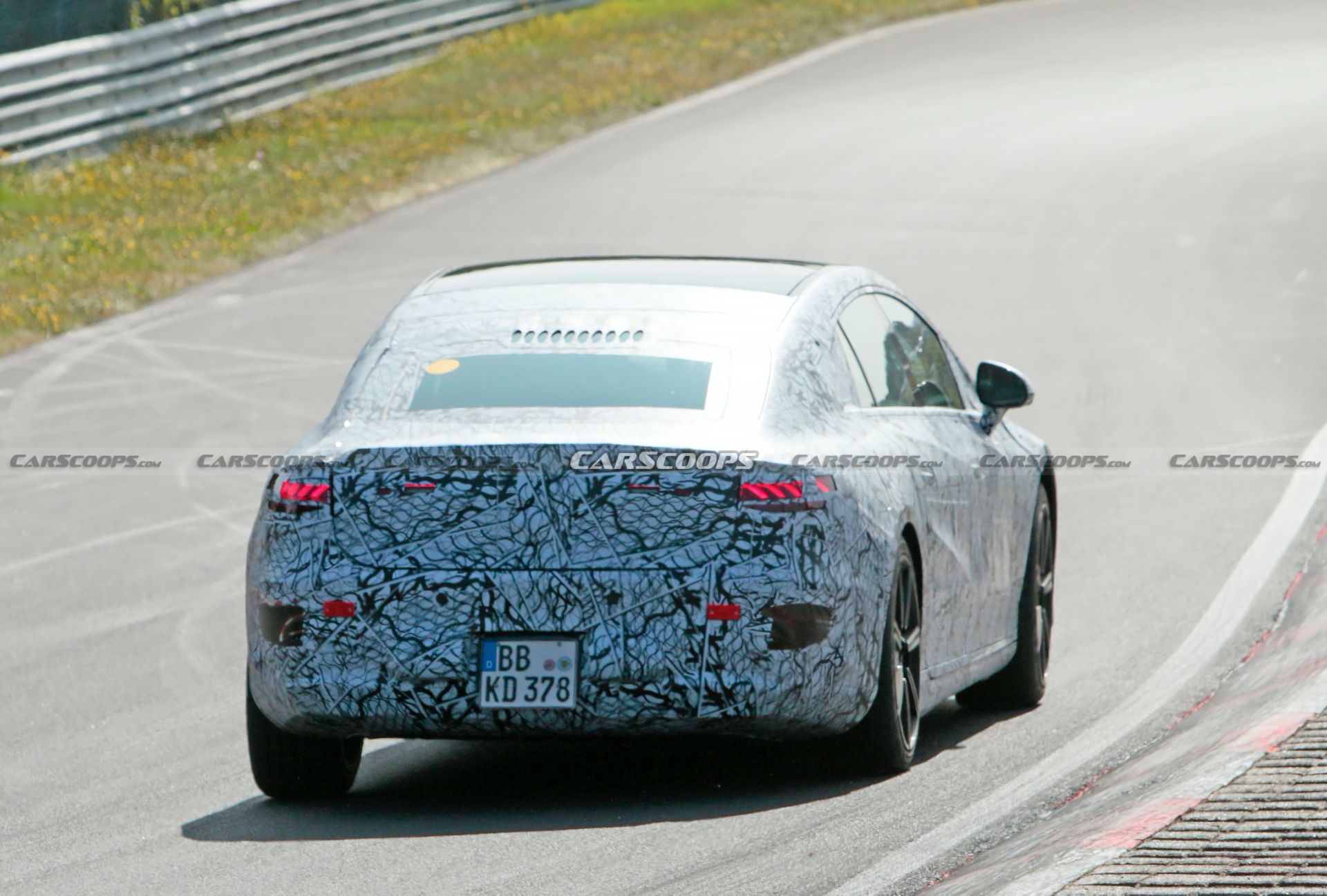 No specs are available for now, with the notable exception of the maximum driving range. Daimler CEO Ola Kallenius said in July the EQS will travel more than 435 miles (700 km) on a single charge (measured in the WLTP cycle).

The Mercedes EQS is likely to offer several power outputs, with the base model getting at least 400 HP according to some reports. The range-topping EQS will be co-developed with AMG, offering around 600 HP. Besides the AMG model, a Maybach variant is also said to be considered.

Mercedes-Benz will debut the EQS before the end of this year with production starting sometime in 2021; this likely means the U.S. will get it as a 2022 model.