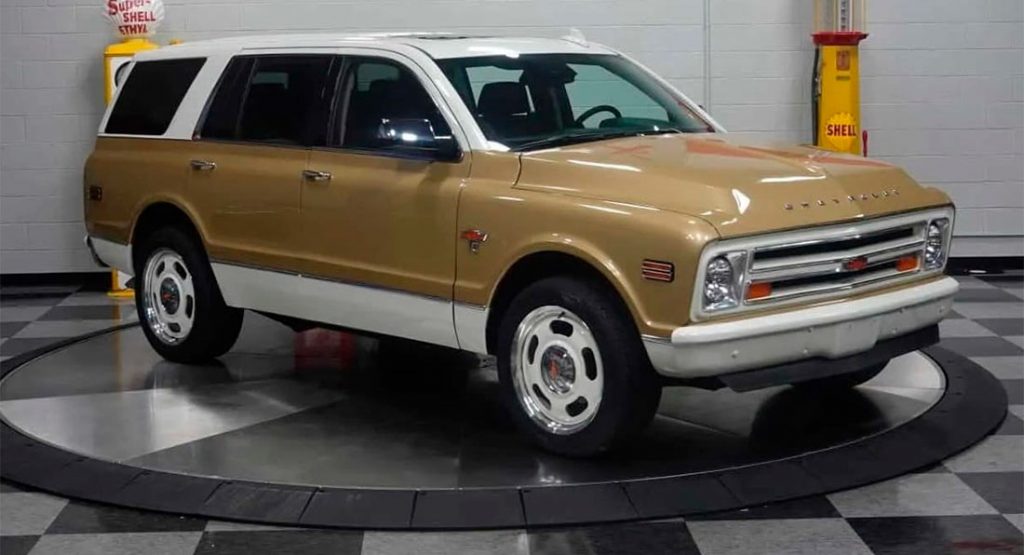 A curious 2020 Chevrolet Tahoe that has been inspired by the classic K5 Blazer and C10 pickup is being auctioned off by Mecum on August 27-29.

The vehicle was built by Blain’s Hot Rods and Customs in Lepanto, Arkansas, and has seen the Tahoe’s body transformed to make it look like something from the 1960s or ’70s. Another K5 Blazer-inspired Tahoe was built and showcased at the SEMA Show last year.

Read Also: Driven – 2021 Chevrolet Tahoe Grows Up And Adds A Dash Of Sophistication

In creating the unique SUV, the standard front fascia has been replaced by one with circular headlights, a classic Chevrolet grille and a cream-colored bumper. There is also a re-shaped hood that further adds to the unique appeal of the SUV. 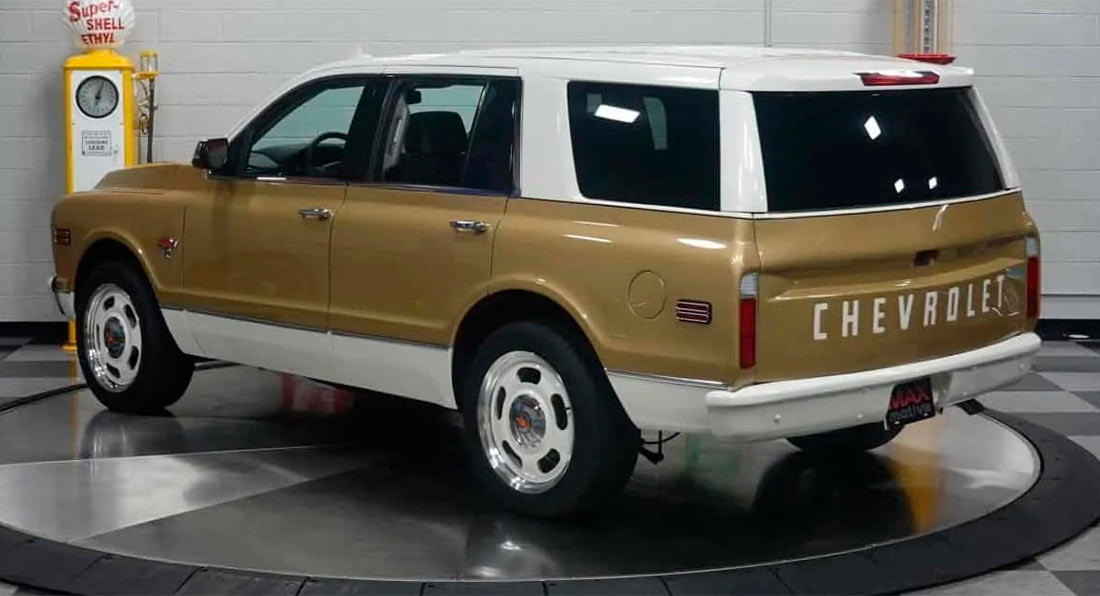 Modifications have also been made to the sides of the Tahoe with cream-colored skirts, chrome trim and chrome wing mirrors. There are also a set of retro wheels finished in cream and chrome. While the lower portion and the upper portion of the body have Capri Cream paint, the rest of the Tahoe is painted in Granada Gold.

Completing the modifications is an intriguing rear end with a new tailgate, thin, vertical taillights and large Chevrolet lettering.

The auction house hasn’t released any photos of the SUV’s interior, but it is probably the same as all other 2020 Chevrolet Tahoe models. What we do know is that the custom SUV is powered by a 5.3-liter V8 producing 355 hp and 383 lb-ft (519 Nm) of torque.