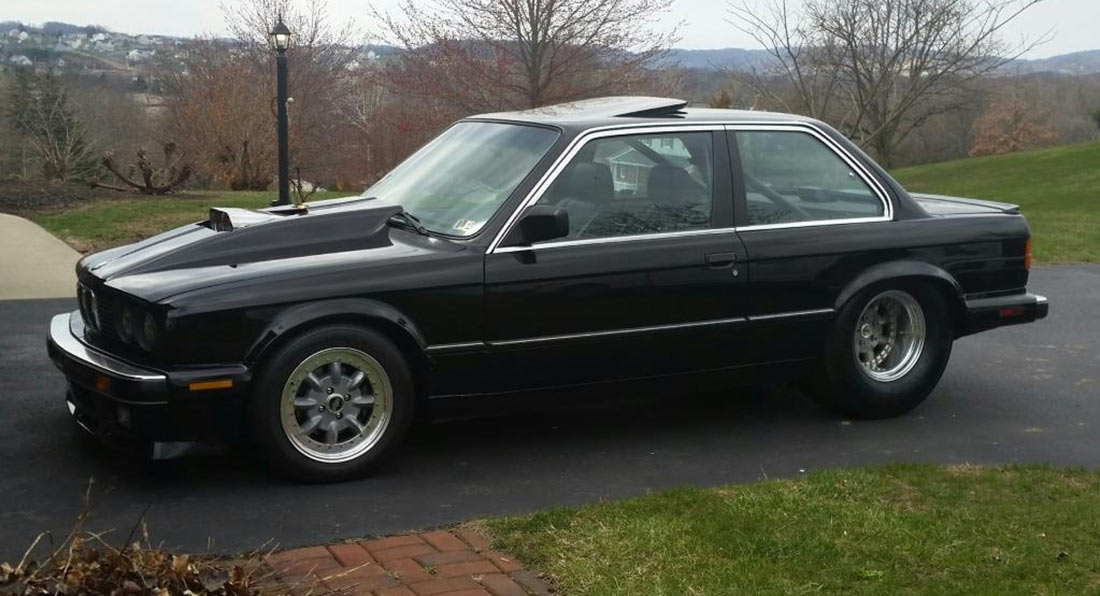 The E30-generation 3-Series is quite beloved among BMW enthusiasts, but this particular example is different than most.

This E30 started out life as a 325es, but after being acquired by the seller, has been transformed into a drag racer that’s been comprehensively modified yet, somehow, is still street legal.

Driving the car is a Chevrolet 350 cubic-inch V8 that has been shoehorned into the engine bay. Coupled to this engine is a Borg Warner Super T-10 4-speed manual transmission mated to a 9-inch Ford rear end. The modifications don’t stop with a big engine and a new transmission though.

The listing doesn’t state what sort of quarter-mile times the car is capable of, but we’ve got little doubt it must be pretty fast.

It’s not hard to find a BMW E30 3-Series for just a few thousand dollars, but thanks to its raft of modifications, this one has an lofty asking price of $42,800. Thus, the question is whether anyone would be willing to spend that kind of cash on it.