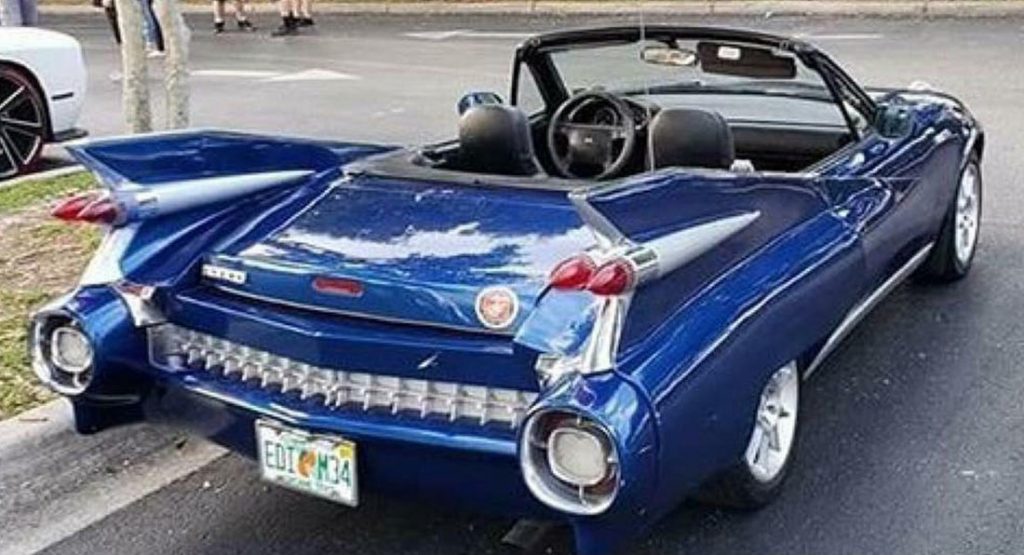 This Mazda Miata might just be the ugliest example on earth, and that’s because its owner decided to try and make it look like a Cadillac Eldorado.

The car appears to have been spotted at some kind of car meet and proves that just because you have the time and skills to modify a car, that doesn’t mean doing so is a good idea.

The front of the blue Miata appears to be rocking a set of Toyota Celica headlights rather than the pop-up ones that it originally left the factory with – and the end result leaves a lot to be desired. Then, it is the fourth-generation Cadillac Eldorado-inspired parts that catch the eye.

Read Also: Caddy Eldorado Fins On A Jaguar XK8? The Horror, The Horror…

At the rear, the owner of the Miata has been able to almost perfectly mimic the look of the classic Cadillac with the same large fins, taillights, and grilles, all miniaturized to suit the smaller size of the Miata. We’ve got little doubt that it took quite a lot of fabrication and time to create the custom rear end, and while we can appreciate the hard work that probably went into it, we’re not exactly fans of the end result.

These two photos of the car were shared to Reddit and, even though we can’t get a close look at the interior, it doesn’t appear to have undergone any modifications. 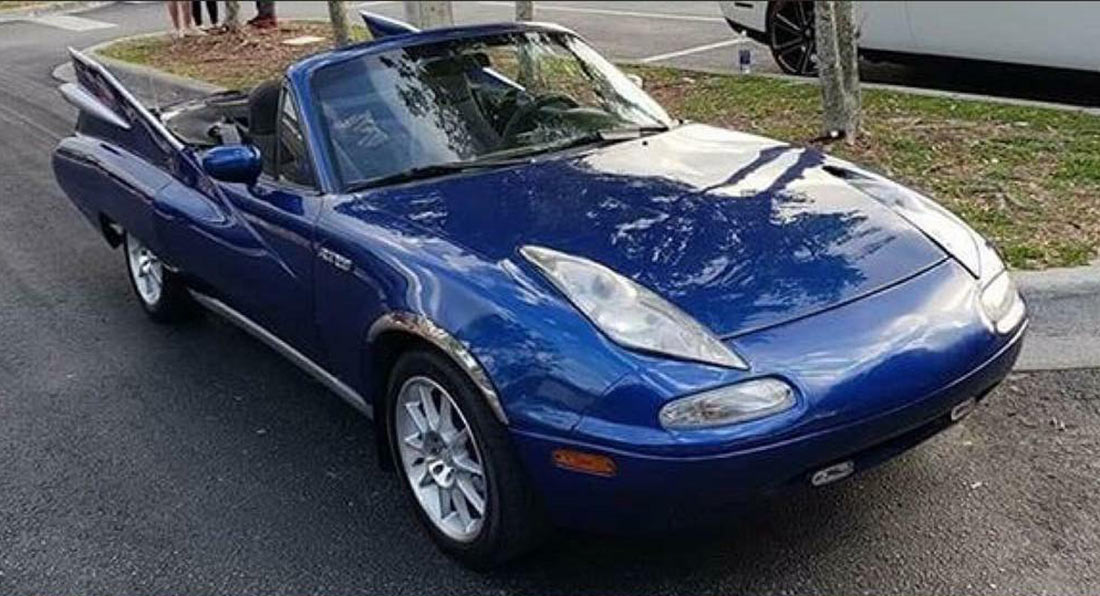