Back in 1998, Lamborghini came out with the Diablo GT, a track oriented variant featuring a radically altered bodywork design. It had wider fenders, a large air extractor out front, a large rear spoiler and loads more, all made out of carbon fiber.

The example you see here however is not a genuine Diablo GT. It’s actually a much older 1991 Diablo, posing as a “GT Tribute”, as stated in its Bring a Trailer ad. In any case, it’s pretty hard to look at it and not be in awe.

Like the real GT, this Diablo’s hood, fenders, bumpers, rocker panels, side skirts, wing and diffuser are all carbon fiber, and were sourced through Lamborghini Dallas some 10 years ago. The car was then repainted Balloon White and the fuel cap was moved to the top of the passenger quarter panel.

Watch: Lamborghini Diablo VT Roadster Is Everything A Supercar Should Be 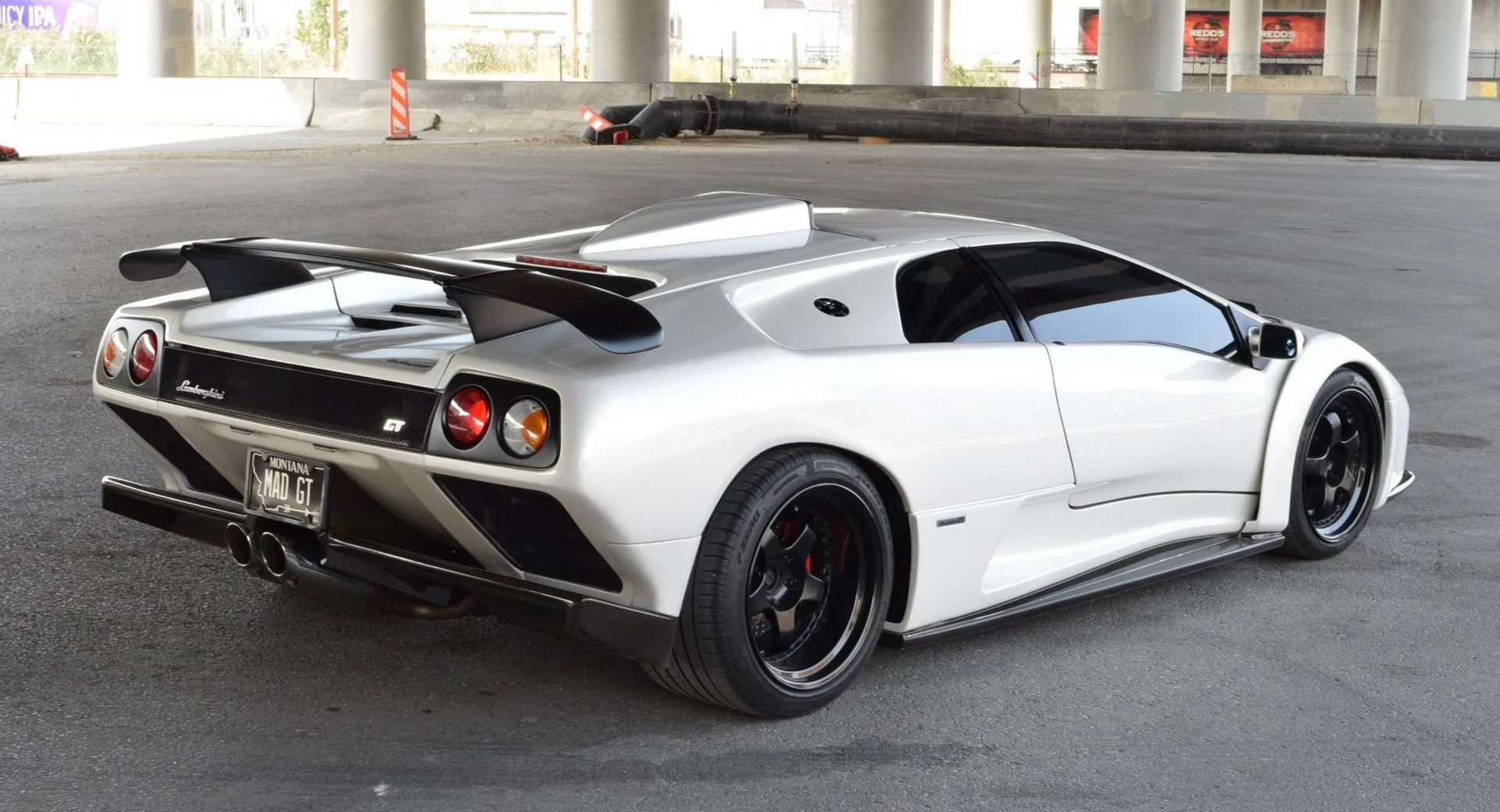 This Diablo is wearing a set of 18-inch staggered-width wheels with Pirelli P Zero tires and red calipers. Furthermore, a Brembo rear big brake kit was installed by the current seller.

Inside, there’s black leather everywhere to go with Alcantara and orange accents. A keen eye might also notice the fact that the dashboard and seats were all taken from a Diablo 6.0. On paper, you could probably daily drive this supercar since it comes with a climate control system, power windows and CD player.

Naturally, one of the best things about the Diablo is its 5.7-liter V12 engine, which puts out 485 HP (492 PS) and 428 lb-ft (580 Nm) of torque. According to the ad, the engine was rebuilt back in 2005 by the previous owner. Power is sent to the rear wheels exclusively through a gated five-speed manual transaxle with a limited slip differential.

This might technically be the least powerful Diablo in terms of specs, but that doesn’t make it any less attractive.