The National Insurance Crime Bureau has released their latest Hot Wheels report, which reveals the most stolen vehicles from 2019.

Complied using law enforcement data, the report, according to The Detroit Bureau, reveals that the best-selling vehicle in America was also the thieves’ favorite. We’re, of course, talking about Ford’s F-Series full-size pickups, as 38,938 were taken last year alone.

The Honda Civic also proved to be popular with thieves as it secured the second place spot with 33,220 thefts, followed by full-size Chevy pickups (32,583) and the Honda Accord (30,745). In a distant fifth place was the Toyota Camry, with 15,656 reported thefts. 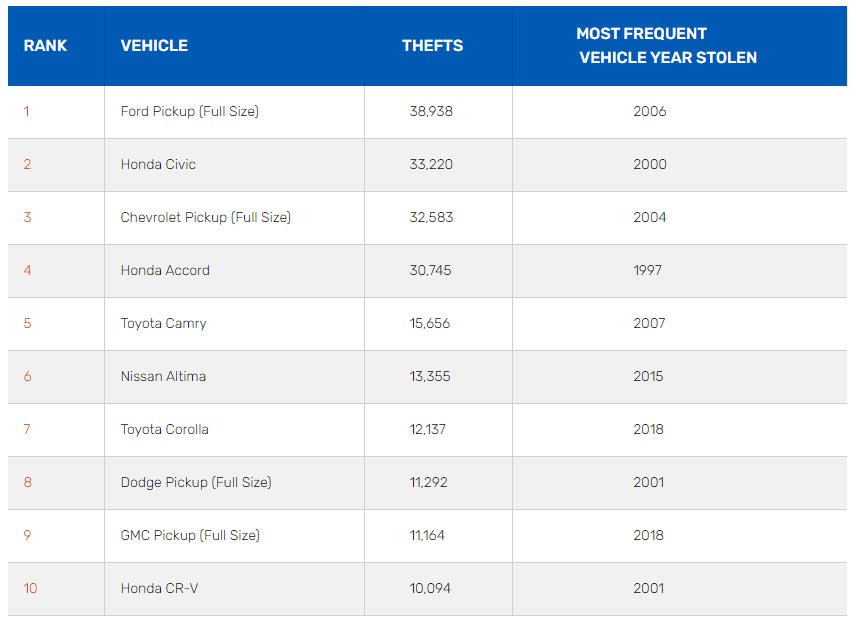 When it comes to specific makes and model years, the 2000 Honda Civic took the top spot. The 1997 Honda Accord was close behind and it was followed by full-size pickups from Ford, Chevrolet and Ram from the 2006, 2004 and 2019 model years respectively. 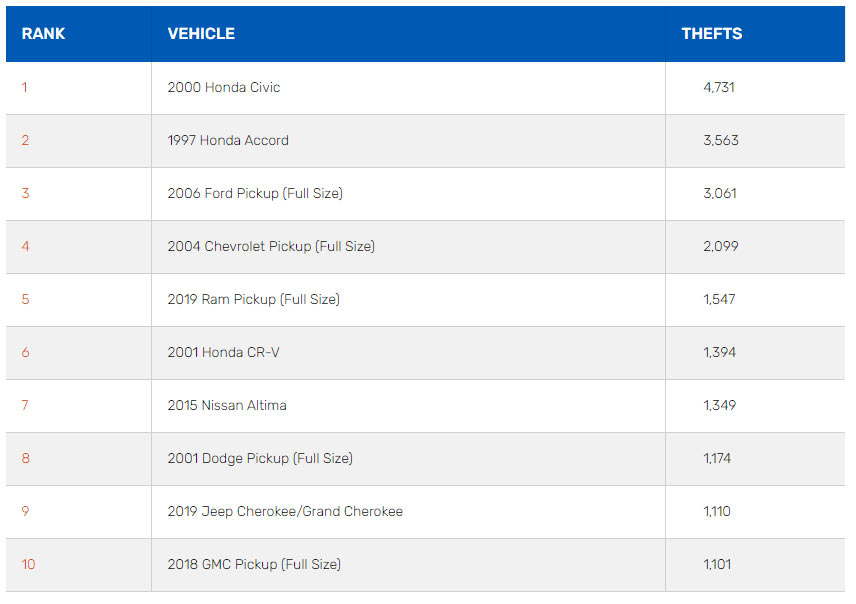 A vehicle was stolen every 40 seconds last year, and many of them could have been prevented by using common sense. One the easiest ways to prevent a theft is simply not leaving the keys in the car. True, that’s not rocket science, but still tens of thousands of people every year don’t take that basic precaution and find their car stolen.

It also goes without saying that you should keep your vehicle locked with the windows up. Cars should also be parked in a well-lit area at night, if a garage isn’t an option.